Ultra SF2 is a thing now. With the new nintendo console called…the switch?

Don’t have one. I’m just reading stuff from srk. There’s a event going on right now. I wasn’t paying attention though the chatroom was watching it apparently. 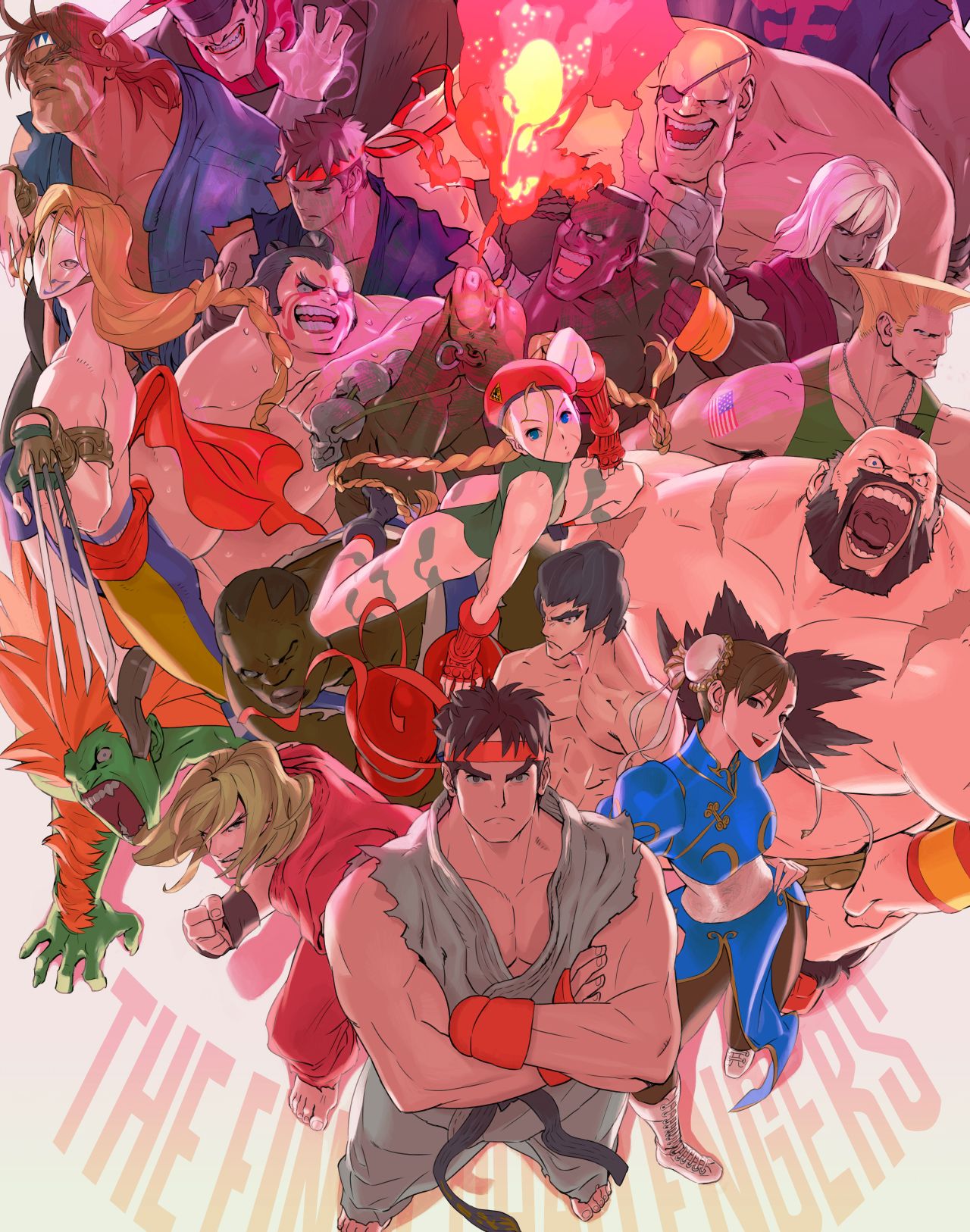 Ultra Street Fighter 2: The Final Challengers announced for Switch, with...

Ultra Street Fighter 2: The Final Challengers is coming to the Nintendo Switch. The arcade classic was shown briefly in a sizzle reel, and was later detailed on the Capcom Unity blog. Along with a lineup featuring all of the classic characters, the...

It’s not Violent Ken if he doesn’t have that blonde afro. Hm, maybe there’ll be a good new Street Fighter on a current-gen platform after all.

Because it’d be a waste of time and money.

SF is a cash magnet. KI is freeware, and the former installments were so bad nobody was willing to chance it w/ the franchise for 20 years. Why update a dumpster fire when they already risked investing in a reboot?

IIRC Rare had plans for a KI3 after KI2. Sure the original KI was a tad overrated, did not age well, and some of its mechanics are questionable at a competitive level, but it is not that bad. That is exactly why it could use an update too.

I made another topic in the KI Classic board detailing some changes I would like in a 1.6 update.

Also, some of that ideas came to life in this KI

Because it’d be a waste of time and money.

SF is a cash magnet.

I think original KI would be cool to go back and edit because it used motion capture that was then translated into 2D sprites. If a throw animation could be added to each character, that would already make the meta a lot healthier IMO.

@moderators can we get the topic title changed since it is unclear? (Apparently Fengshuienergy got a six month ban?!?!)

@GalacticGeek learn to use google.

As far as the topic, I can’t believe this is a thing. I’ve already bought a zillion versions of SF2, and it says some pretty awful things about both capcom and Nintendo that they can’t come up with anything better than this.

EDIT: regarding this kind of treatment for the OG KI, I think there are things that could be done. No graphical upgrade, since the original graphics aren’t hand drawn. But the game’s mechanics are not fundamentally more broken than SF2 (the game has no dash and zero moves that go through fireballs - good luck beating Akuma). Remember the “turbo” bit was just to make the limited and completely “solved” gameplay more random by lowering your ability to react to what is happening. There’s a reason no successful game since has moved at this speed (maybe MvC series - but that just makes the point for me). But is it worthwhile to tweak the original KI? Not in my opinion.

As far as the topic, I can’t believe this is a thing. I’ve already bought a zillion versions of SF2, and it says some pretty awful things about both capcom and Nintendo that they can’t come up with anything better than this.

To me it seems like a hard slap into Nintendo’s collective face. “Hey we’ve got a new system we’d like you to put the latest SF game on it so all your old fans can enjoy it.”

“Hmm…not cutting edge enough…here’s SF2 again. You remember it, don’t you? See if you can do something with it. (*throws it at Nintendo’s feet) Well caio, we’ve got PS4 money to make. We’ll get in touch when we have another Megaman NES collection.”[quote=“BigBadAndy, post:13, topic:17791”]
(Apparently Fengshuienergy got a six month ban?!?!)
[/quote]
Yeah…from what I gather he said some bad words on a thread I made yesterday…apparently bad enough to warrant a 6-month ban.

I doubt that. Capcom and Nintendo have a great relationship (Monster Hunter) and a really good history with SF2. It seems more likely that they thought this would be well received. But I’d be willing to believe that it has something to do with working around Capcom and Sony’s SF V deal. I would think Switch could run SF IV just fine, for example.

No, my guess is Nintendo has been releasing the same NES classics over and over again for 20 years and they figure this is sweet.

Yeah, me too, it’s just how the news initally hit me.

It would be funny if it outsold SFV.

It would be funny if it outsold SFV.

Lol. That bar is pretty low. But in all seriousness, since Ultra SF 2 probably cost them about $3.50 to make I think it probably stands a chance of being more profitable for Capcom than SFV. No joke.

@WrathOfFulgore Speaking of Mega Man, as of this very morning, thanks to XBL BC, I now have Mega Man 1-10 on my XB1.

I just hope they have enough sense to release this to all major devices (Switch, PS4, X1, PC) so everybody can enjoy it. A lot of people didn’t get to play the old SF games, so this would be cool to release for everyone.

I really don’t see how this is a thing, since some variation of SF2 has been released for virtually every popular console in the past 30 years in some form or another.