Something I don’t quite understand, how are finishers like these:

Allowed to be in a T-rated game: 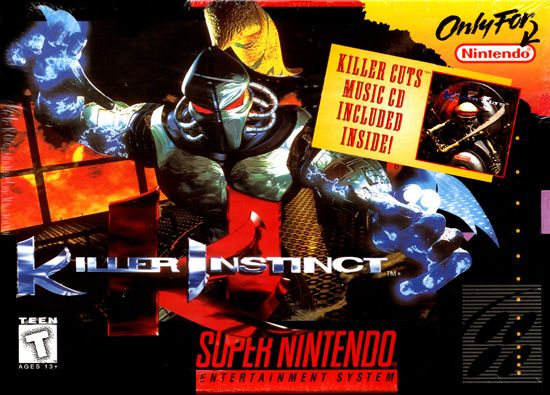 Yet, KI3 is rated T but it’s new ultimates are pretty much just recycled animations and “tame”?

The times have changed.

Things weren’t as strict back then.

Well, I would certainly hope so!

If you didn’t notice, it was rated t back then but now, the classic games are rated m.

What about being smashed by a wrecking ball and into a sign? Or being tossed out of a sky scraper?

If you really want answers, you need to go to the ESRB site - they dictate what’s okay and what’s not.

Alright well, I guess these new ultimates are pretty much KI’s version of street fighter 4’s ultra finisher moves. I think KI3 was better off without ultimates then if this is what they turned out to be anyway, or give them a different name at least because what we got are definitely not ultimates.

Great. We get free things and people say that the game was better off even though a large chunk of people have been asking for them -_-

We didn’t get free ultimates, instead we got free KI versions of SF4’s and SF5’s ultra finishers.

I can understand your disappointment, but it’s pretty much what others have said. Standards have changed compared to how they were in the 90’s (heck standards in the 90’s as a whole were more lenient). What could be considered acceptable back then (or in this case T rated), just isn’t the same now if the rating change to the classic games are of any example. So unless the devs want to make the game M rated, this is pretty much as close to a “killing blow” as you’re going to get.

They are very cool indeed, but why are they made out of recycled animations? I don’t think that they should have been classed as ultimates, maybe super ultras or killer ultras but not ultimates.

Personally, I’m fine with ultimates. I just find it interesting that we now, in all, have:

It’s like Dragon Ball Z. Where does it end!?

But they’re not ultimates though.

You have to keep in mind this is still a budget game so you can’t expect a lot AAA quality stuff here. I’m still happy they were able to give things like this despite not having a big budget.

But they’re not ultimates though.

Who are you to say that? You’re not a developer. They can call it whatever they want, regardless of what you think it should or should not be called. It’s THEIR game; not yours.