Ultimate Pack 4 : Which characters deserve one the most?

For my part, I think Orchid, Spinal, Cinder, Kan-Ra & Kim Wu should deserve one. Since Gargos & Eyedol are boss characters and they never had ultimates in the original games, I can live with it. Rash, General RAAM are guest characters so they shouldn’t have one. Shin Hisako & Omen are remixed characters they don’t necessarily need one.

Wut! There will be a fourth ultimate pack?!

Well if there is another pack we’re almost certain Cinder is in, if Adam’s post is to be believed. 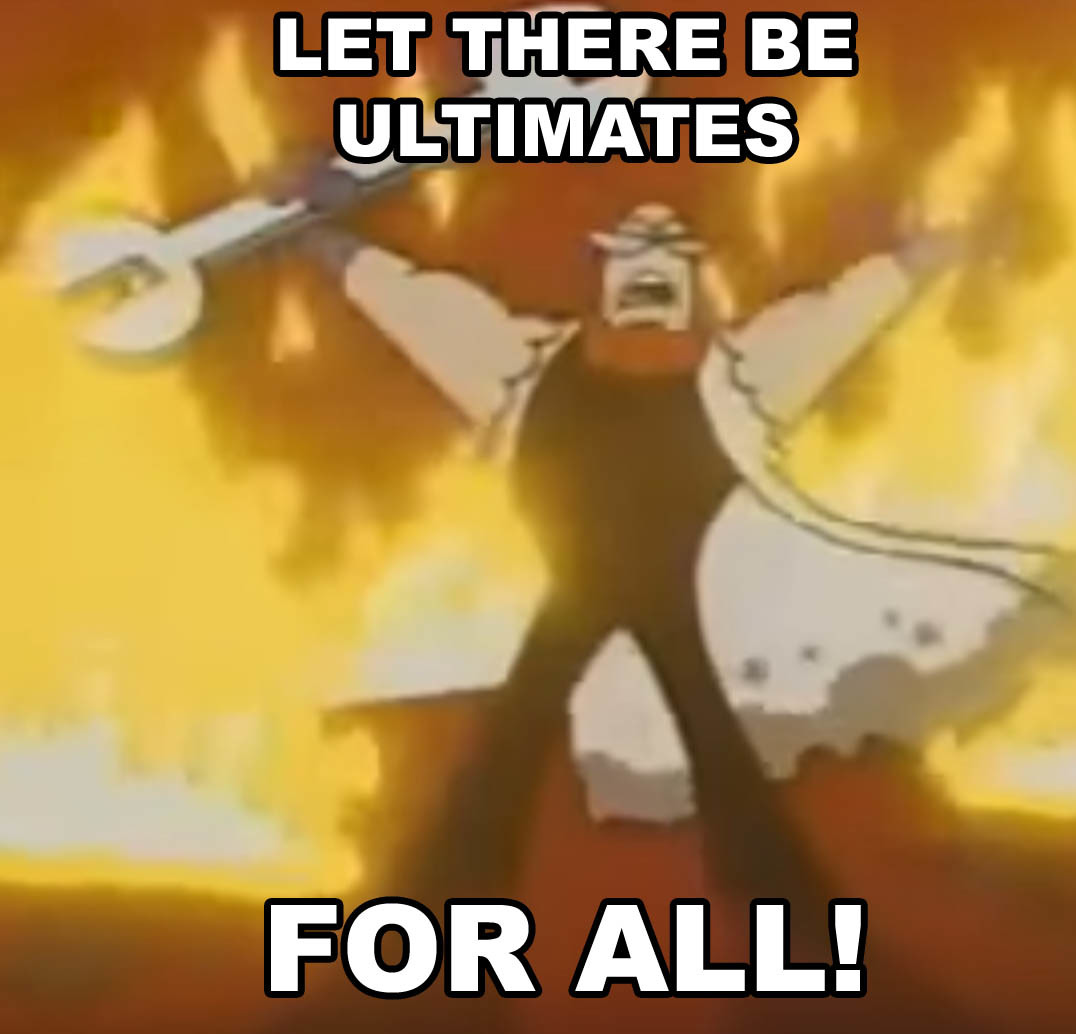 I wanted to vote for Spinal but I’ll always want a Kraken for his Ultimate, nothing else will satisfy me. Don’t know how possible that is with how these Ultimates are being created. Voted for Raam because that’s who I play the most now and it would be nice to have an Ultimate for the dickheads in Ranked.

Spinal, Cinder, Orchid, Kim Wu, and then almost anybody else besides the guest characters. As long as the remaining four classic characters get theirs as a priority.

Guests and remixes only plox.

I’m still excited what they would do for Arbiter’s ultimate but I think they should give all the mainline characters one before they get to any guest characters. But I selected:
Orchid
Cinder
Gargos
Kim Wu
Kan Ra
And Arbiter

I am disappointed that spinal and Kim wu aren’t getting one personally. Hopefully we see them added down the line.

I’d like this just to see the meltdown and salt.

Deserve is a loaded word. They all deserve one. I’m not going to tell Arbiter fans “sorry, your character’s a remix, so get to the back of the line.”

That said, here’s who I’d like to see if they decide to go with the 2-2-1 formula again:

Maybe if they do a 5th pack, we could get Omen, Gargos and Eyedol, Shin Hisako and Character 3?

Am I forgetting anyone outside of the guests?

If they become epic new visions, yes!
Each designed ultimate should define the true nature of the core unique power of each fighter in a blissful animated fashion.

I’d be depressed to see orchid done like TJ Combo. Rather not

I voted for Cinder, Spinal, Gargos, and Eyedol, I think Orchid should also get something from this to.

My reasons for their choice: all these characters have potential for amazing Ultimates.

I’d vote for Orchid to, but I also have a feel that people who expect the flash should lower their expectations, asusming this does occur.

I think the guests should be the last ones to get the finishers along with any of the other missing ones.

I’d vote for Orchid to, but I also have a feel that people who expect the flash should lower their expectations, asusming this does occur.

I think they said numerouse times that it will not happen.

I feel like that out of the list above these characters are KI classics and are the most deserving of one. Trust me I like Rash better than Cinder and I don’t play him (or orchid) but they should be prioritized imo.

I’m stunned Orchid doesn’t get one. She is the main lady of the KI franchise, and they just decided to skip her when it comes to Ultimates?

I think anyone with a stage Ultra should have been left out.
Guests and Stage Ultras out.

Regular characters in. That’s how I would have made the list if I had to.

I voted for orchid, spinal,kan Ra, kim and cinder.
I can’t believe orchid has been left out!

Hard to believe that too.