Hello all,
Who remember the incredible Tusk art concept made by joss? 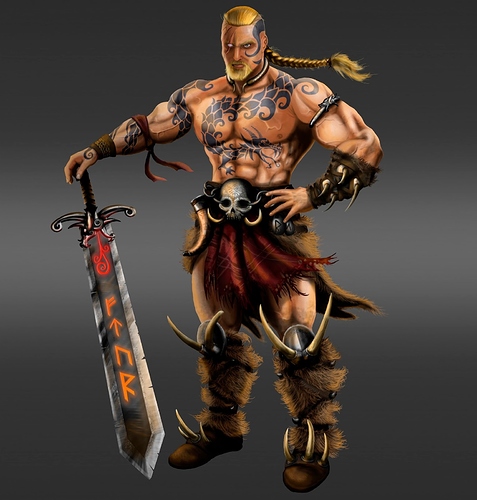 A fan of killer instinct that was going through a very sad period, but now it seems that things are a little better.
I’ve been in touch with him a few days ago, and he told me that he still has some unfinished concepts, I got to see some and really enjoyed it, so I told him to post here or in your blog.


Then he told me that even though the time be short , because he’s working and studying. will bring some new stuff soon.
so, welcome again Joss. 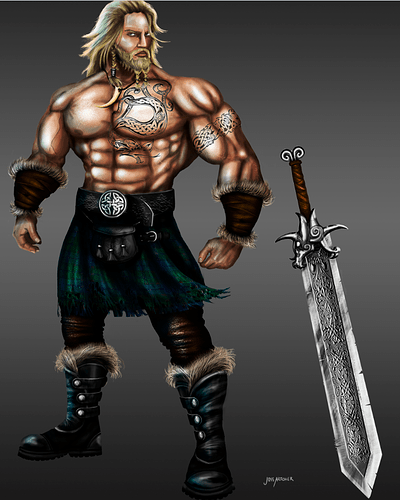 I don’t know who’s Joss… But I remember someone post Tusk’s concept art leaked picture like this before Season 3 announcement!

Many who were in the old forum will remember, was not he who “leaked”, but there is an explanation on his blog.

I know someone stole his Tusk concept art. But this Tusk’s design is very best than KI2!

Looks nice, but his skin should be darker than that, judging by his original design. Then again they might change it and that is fine.

It seems all fan artwork for Tusk is either Travis Fimmel or Chris Hemsworth with the beard, would much rather have Conan/ Schwaznegger vibe.

When Joss showed me other concepts, I saw some versions of it without beard. and much stronger, really cool

I remember when we sent him a message inviting him to the forums. He became part of the community, but he was concerned because his laptop was dying and he couldn’t replace it.

I hope it’s going better for him.

hello my friend
thanks for your support

Still use it, he’s not dead yet, this almost, but sometimes use a PC of my work when have time.
see you soon

I hope everything has been working out better for you. I’m truly sorry about what’s been going down.

Ya got some pretty cool concepts happening, especially with the stage (loving the eclipse idea). Stay strong, and keep up the good work

Hello RTA 07
Thank you so much
Is starting to go well and I’m sure will improve much more.
I wish I had more time at the moment, I have so much to show, but is slowly coming out.
See you soon and thank you again for your nice words.

Reminds me of Ragnar Lothbrok but with a bigger sword. Hello people.
I have a bad news, Joss this with dengue, a disease transmitted by a mosquito that affected Brazil.
But already this medicated and will be fine in a few days.
Then because of Joss illness will delay the New comcept that is already almost ready.
I talked to him yesterday, as he is quite shy, I’m bringing the news.
Another thing, someone by chance has the text of Adam I sgreen idea about Tusk (Tusk Aleut, Eskimo) that he posted on the old forum??? joss is already making a version of this idea Tusk also.
Improvements for you joss.
See you soon.

Hello people.
first of all. I would like to thank the support of all
After more than one week bed, with body aches and in the eyes and some fever
I’m back, healed and ready for another (really I hope not).
I spent those days scribbled some ideas. I hope bring them soon. not only. about the tusk, but also, Gargos, Eyedoll and T …(New)
About the Adam Isgreen text idea about Tusk (Tusk Aleut, Eskimo) posted on the old forum? Then no one has? nobody saw? nobody remembers?
Well, I have a good memory and I remember he said something about "A survivor, aleut, people from north, arctic, ancient russians or Siberians tattooed, toothed sword shaped harpoon " also I remember some people do not like it. criticized for being an eskimo Tusk. But it was just a personal idea, explained Adam isgreen.
Anyway!! My concept based on this idea is almost ready and still bring this week
Thank you all, see you

Yeah I remember that, I was the main one arguing tooth and nail against it I can’t remember all of it but the topic went on for quite awhile. I got pretty heated and told isgreen he shouldn’t be even thinking anything like that and not understanding what the character’s supposed to be

good see you fine Joss.
I also do not like the idea of an Eskimo Tusk, or a survivor in some extreme place.
In my vision Tusk is an ancient Celtic, not a stupid barbarian, but leader of clan, a heroic warrior for his people.
I know someone already said that the idea of time travel was abandoned, but maybe he could come in one of these portals of khan ha and was trapped at the present time or a clone made by Ultratech from a body found in an ancient tomb perhaps this clone done to stop gargos, and recovers his memories … something like this.
but let’s wait and see.
Meanwhile we can dream and enjoy new ideas
About the “eskimo/survivor” tusk, you will also post this new concept of stage that showed me? 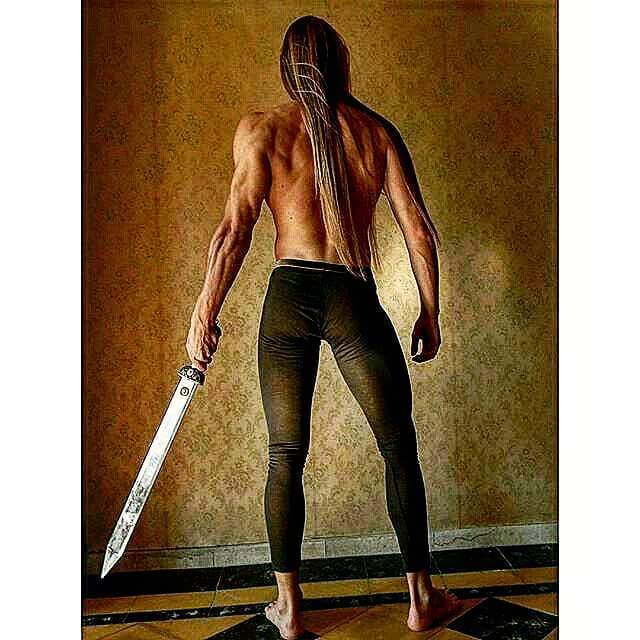