Tusk as an immortal!

Also @SithLordEDP "Hanna Barbarian"
My sides, the burn. That is beautiful.

tusk better have he man!!!

Tusk, maybe an outdoor survivor as the developers said.

But would he also be a descendant of a barbarian in ancient times who fought against Gargos and his people?

Perhaps Tusk will be cursed by the king with immortality so that time after time he’ll learn to change his evil ways to good.

After watching a lot of The Flash, Arrow, and Legends of Tomorrow lately, maybe he’s an individual who is doomed to be reincarnated time and time again, never truly dying as a result, kind of like Hawkman and Hawkgirl from the DC Universe that I’ve seen featured in those shows. 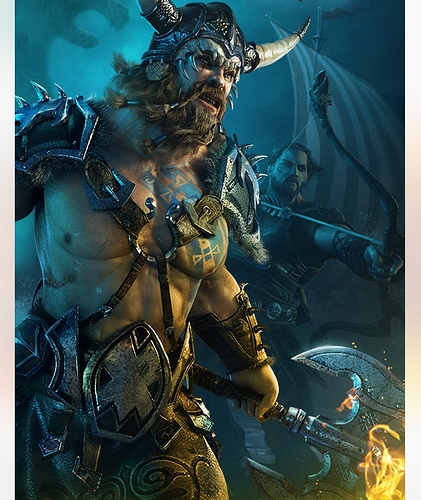 What do you guys think

Not LITERAL translation but hints for tusk alternate costumes? 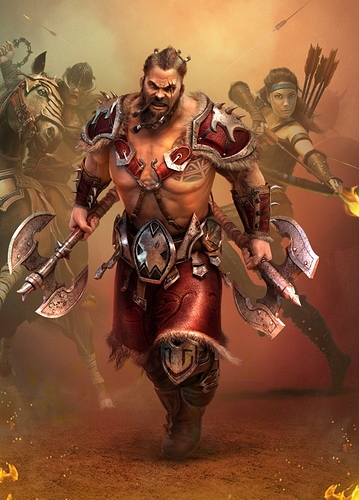 For some reason I hope he’s not a Viking. 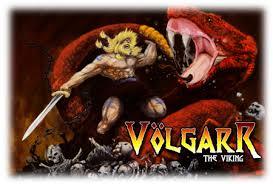 beard or no beard???

what say you ki fans?

My question is: what if he is related to the Babylonian king some how?

Besides, it’s awesome on Ryu in SF5; no reason it can’t look just as awesome, if not moreso, on Tusk. 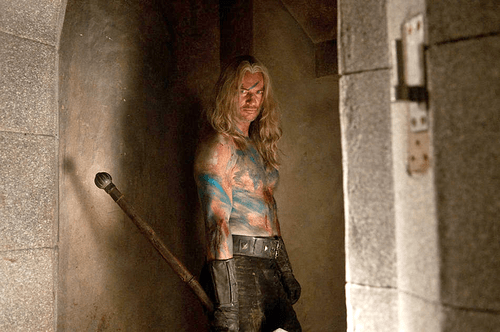 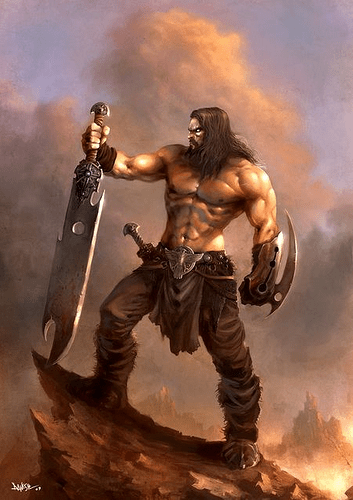 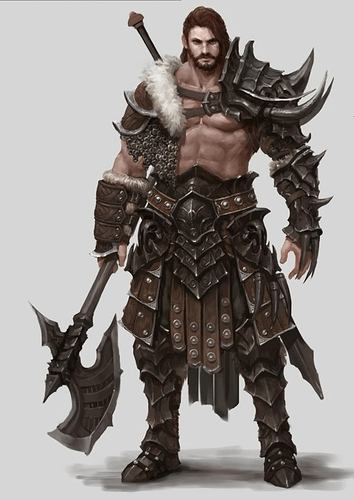 I’m surprised nobody has suggested the Captain America Capcicle approach to the whole ancient warrior backstory for Tusk, especially if they treated him like an intelligent fish out of water that knew things had changed & he needed to learn how to get with the program. It seems like a viable excuse to me when compared to the rest of the cast. I mean if you can make a viable excuse for an autonomous skeleton or a winged demon made of gas/shadows/hate energy(???), logical excuses go right out the window.

Another approach I don’t think anybody has mentioned, but if they go with a “because portals” approach to adding in characters, you can use something similar to the original He-man movie or Beastmaster 2 where they can say Tusk came from another dimension or universe…heck, doing that they could literally just use KI2’s Tusk, ripped straight out of the original story where Ultratech flung everybody into the past…& now he has to fight off another Gargos in KI3’s dimension. Lame, perhaps, but it would also calm down those that want to believe the original games still exist canonically.

Yeah the old Tusk had a very young face. If there’s a beard it should be an accessory.

LMFAO the internet boy I tell you

That’s what I was thinking!

So now that Tusk is confrimed, let me be the first to say it

I posted something on the S2 forums proposing that Tusk can remain an “ancient barbarian” if he is drawn through the portal that Gargos and his minions will be coming through - the one Kan-ra is ■■■■■■■ around with. This would allow time travel without really being time travel - he’s been held in stasis for eons so time has passed, but he’s still a warrior in his prime.

An alternative would be to simply add modern gladiatorial combat as a sport in the KI universe. That removes time travel, allows him to be burly and trained in greatsword combat, and could open up costume ideas like Tron-ish glowing battle armor or a sword with plasma edges.

It’s nice to see I’m not the only one who thinks Tusk can still “time travel” by coming through the portal! It isn’t really much different than the periods of time that Aganos was dormant, if you think about it. Obviously Tusk’s retro costume will be super barbarian-like but I’m hoping his main costume is still that way. Maybe we will start his Story mode in the retro costume, though, and change to some kind of cyber-armored warrior with a bladed weapon once he reaches a point in the story where he’s becoming accustomed to his surroundings?