KI got TJ Combo for African-American. But they don’t have someone fully African. 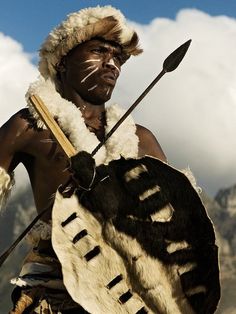 There are a lot of areas in Africa

What if, for a female, they add a voodoo priestess? She can use voodoo and do capoeira as her combat style.

I’d like a female… maybe instead of the voodoo cliché, how about an MMA fighter trained by TJ… this give her the boxing but also the take down submission & jui-jitsu

I dont see it happening this season, they favor creatures and eastern human characters,

But TJ is already an MMA fighter, no clone characters pls.

Maya kinda fits that role as a Indigenous Warrior from a reclusive tropical society.

I would rather have a voodoo wizard.

TJ isn’t MMA, He is purely a boxer turn street fighter, he is as MMA as Kimbo Slice, I’m referring to true MMA but I can agree it may be difficult to completely differentiate between the two

What about a capoeira fighter since Elena?

This is interesting. However in other fighting games like Street Fighter, the combatants are based around fighters all over the world. Killer Instinct has a WIDE VARIETY of characters (demons, monsters, magicians). While possible, I think they are headed in a more fantasy direction.

But he literally does MMA moves. What boxer is proficient in kicking and Knees?

Story-wise, he is just a boxer. He kicks because it’s a fighting game, he’s not just boxing anymore, and he needs kicks. He’s not an MMA fighter in the slightest.

What @IAMDaaahhhggg is saying is something different. He’s talking not just about how she fights, but her entire aesthetic. One of someone who has come up through the ranks as an MMA fighter. TJ’s career was as a boxer, even if that’s not strictly what he does anymore. This new character, as he has suggested, would have a career as an MMA fighter.

And, personally? I love that idea. Like, a lot. I love it a lot more than some kind of racist voodoo African witch doctor stereotype.

He’s not an MMA fighter in the slightest.

He even has UFC style takedowns. How is that not a “slight” MMA.

■■■■, many actual, real-life MMA fighters fight differently. It’s a byproduct of the sport mixing different styles together. There should really be no fear of an MMA character encroaching on TJ Combo’s boxer territory from a gameplay perspective. She wouldn’t end up being a clone. Not just because that wouldn’t make sense, but because IG simply wouldn’t do that.

EDIT: Can’t say the synonym for the underworld here. Noted.

We’re talking about his story background.

But his story doesn’t specifically say he is a boxer and only that. It says he is world champ or something. His current story is not of an ordinary boxer. If it were just gameplay related then the Arbiter or Hisako would have kicks themselves. 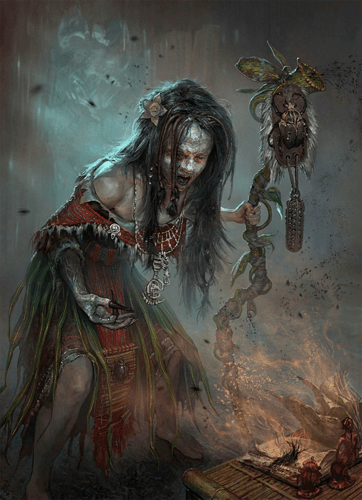 This was always my want…voodo witch doctor. Poisons, shields and mobility manipulator.

that looks more like a hisako alternate costume posibility to me. African spirit. 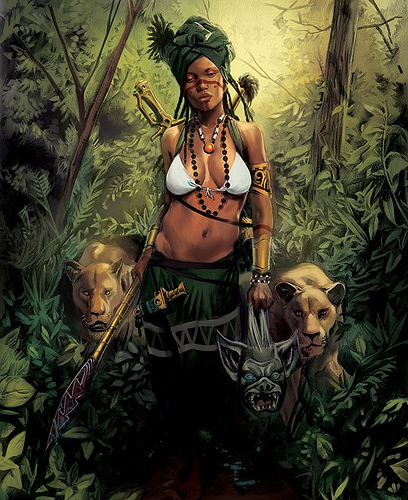 Filli i thought that too… its really hisako esk

This was my 1st choice on an older post / forum.

Well if not a voodoo priestess, how would you bring out a traditional African fighter?

I’ve noticed a trend… it might just be me though.
But I’ve noticed that when a new character archetype is being suggested, most people seem to want it to be female. This one, the psychic, the vampire, the voodoo priest, the UltraTech agent etc…

I’d like to see some more male characters… mostly because the current male characters don’t really appeal to me, other than the upcoming Tusk. I main Orchid and I love Sadira, I play Jago just a little bit but I’m not all that into shoto-characters… Tusk will be my first male character that truly appeals to me, both appearance and gameplay wise. Wouldn’t mind having more.