That scene… is very brutal… O_o

if you watching TWD new episode, you will get it.

I just watched Carol off a bunch of guys in a truck and Daryl get shot from behind on Netflix, so no, I am NOT PREPARED.

I felt bad. I stood standing watching the whole episode. I had a bad time. Then I went to GoW 4 and got 70 kills in KoTH. I needed a break, this violence is affecting me. I’m sick of blood, gore, guts and everything. I need to play Ori again or go back to playing Adventure Island 3 for NES…Or Snow Bros arcade game. It’s like upsetting me. Maybe I should turn off gore in Gears. In fact one of the reasons not being fond of MK X is the extreme violence. I’m tired of that morbid part, it’s not the reason I was attracted to any game at all. Overall I’m getting tired of blood and guts on my videogame screens (funny, I never cared about that before…)

Lol I suggest playing either Happy Wars or Happy Dungeons.

All of the violence, none of the gore nor blood. 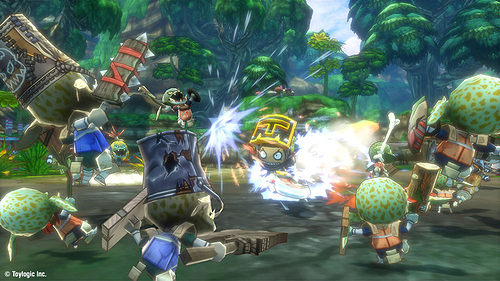 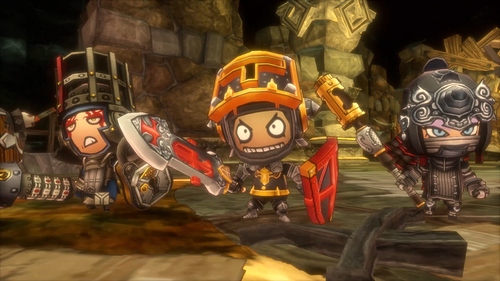 Overall I’m getting tired of blood and guts on my videogame screens (funny, I never cared about that before…)

Not a bad thing. Actually, you may just have game genre fatigue. Totally a thing. I was tired of fighting games, so I played nothing but shooters for 2 weeks. Helped when I came back to play. What kind of genre do you play most often? Action? Shooters?

On topic: I didn’t watch the Season Premire. Working like always, lol

But I heard it was good.

On topic: I didn’t watch the Season Premire.

I won’t tell you who get killed by Negan. But that scene is very dark and emotional than all seasons…

Someone got killed? Just as long as Glenn or Daryl doesnt get killed. I may need to go in a corner and brood lol

I won’t tell you who get killed by Negan.

That alone is a spoiler, damnit (because I now know he’s going to kill someone important)! Furthermore, it’s already eating me up inside knowing who portrays Negan in the show thanks to IGN splashing his image onto their main page even though I haven’t even seen him in the show yet, and he just so happens to be a favorite actor of my brother. I just watched the episode where Rick’s son finds the gun with the engraved baseball bat and wire on it, which was also spoiled for me by IGN in the very same image featuring Negan…

Originally arcades: Fighting, platformers (Mario, Sonic, Adventure Island), Rail shooters (Time Crisis, Star Wars Trilogy, Jurassic Park,), Beat em ups (Cadillacs & Dinosaur, Final Fight, Double Dragong), Scrolling Shooters (eg Contra). Shoot em up (like Ikaruga and 1942, not great at general shmups but like them).
Not into RPGs, sports or FPS. The only shooters I’ve ever played and like is GoW because of mechanincs, oh I also like RE starting from RE4 (yeap, the action one). Other games like survival games (eg Silent Hills) and adventure games like Shadow of The Colossus. Enjoyed Uncharted 4 pretty much, but it’s a game I would only play once.
Also played some equestrian games, but they aren’t popular nor great XD (eg Lucinda equestrian challenge, fair enough, but best horse emulator is found in Shadow of the Colossus, untintentionally the best horse experience in games, better than Red Dead Redemption).

I played Unravel and Never Alone expecting something similar to Ori and the Blind Forest, but I dind’t find it =/

Watched the premiere last night. Enjoyed it for the most part, completely looking forward to the possibility of this season taking a new direction. Really just hoping the entirety of Season 7 isn’t as slow paced and drawn out as this episode. Heck, my fiance was visibly and audibly stressed out the entire time.

Ash VS Evil Dead fits my fancy more. This walking dead show fell off years back for me

Edit: but I DO like they casted Jeffrey Dean Morgan for Negan. Great pick, guy is awesome for villains

Yes WD fell off a bit years ago but now its back and it better than ever! Negan is a bad assss ■■■■ and Jeffery dean Morgan just nails the part man.

Ash has become way to silly man. Have you seen the new season? Its just not near as good. It wont last another season.

I watched the 1st 3 episodes of Ash and dropped it. Frankly, I’m surprised it got a 2nd season…

Though, I did like the films (most of them anyways).

The scene last night was the most horrific death of a character Ive even scene on a series to date. It was more brutal than Italian horror or gore films becasue you dont get invested in a movie character like you do with a series character that you have seen grow up before your eyes.

that was too far IMO.

oh and… Suck my nuts lol

Evil Dead was always silly, especially army of darkness. It had 3 stooges type slap stick in it

SPOILER!!! Dont post it because GG and NinjaOstrich didn’t watch that episode!

I actually read the comics, so I know what happens. If that’s the case, I know what issue it is, and I’ve read that one

I completely agree with you. I dropped mkx about 2 weeks after it’s release because it’s just too violent, funny because I have always been a big fan of MK and still am but mkx is just a nightmare. I often want to stay away from gore in games, I know it’s fake but I still can’t accept it anymore.

As for the walking dead, never watched it. However, adiktheone uploaded a video of a reactions compilation featuring that certain scene and well I regret watching it.

I highly recommend just cause 2 and 3 if you haven’t played them already, both are REALLY fun games.

Ooops…i figured everyone knew lol. Put NO SPOILERS IN THE TITLE