The Official Weekly Tournament of the Forums (WTF) #6 Thread

I hope everyone is having a great holiday season, but I want to start the new year off right:

It’s time for the Weekly Tournament of the Forums No.6!!!

For those that haven’t ever participated in one, which will likely be 1 of you (lol), I want to explain what this tournament series has been made for:
This is for those of us that don’t have the time to dedicate to a regular tournament, or are only available on certain times of the week, etc. It’s a flexible tournament with a longer time period where you can schedule your matches when you are available, and due to this doesn’t interfere much with everyday life. You’re essentially committing roughly 10 min a week to the tournament, and that’s it. In fact the name is a bit of a joke…kinda like " WTF do all these other tournaments always happen when I’m not available?"

Anyway, onto the rules:

Each round of this tournament will take place each week until the tournament is over. Participants will be required during each week to arrange their match, First to 3 wins, sometime during the week and post the results to the Ultra-combo forums in the official tournament thread. If an arrangement cannot be made within the week a judgement call will be made on who advances. When the week is over (midnight CST Thursday night/Friday morning), the next round will begin.
The winner of a match is locked into his character choice, and a player can only change characters to counterpick after a lost match.

The prize for 1st place will be an Ultimate Source Fulgore figure and a 2xl Eighty-sixed Reactor T-shirt! 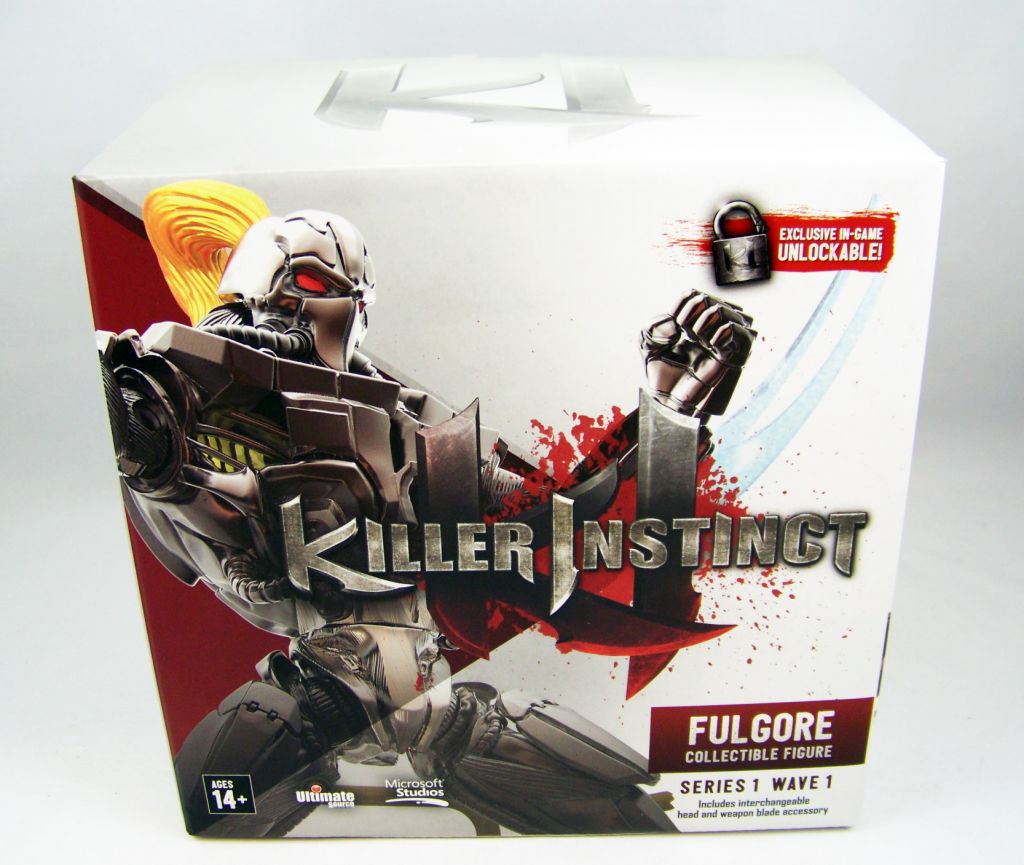 *due to international shipping issues, this will only be available to for those within the US. If the winner is outside of the US, you will get a code for a $60 Microsoft gift card. The gift code will also be available for those in the US that would rather have it than the physical prizes.
** prizes are not affiliated in any way by Ultimate Source or Eighty-sixed.com, I will be supplying the prizes out of my own pocket.

Recording and posting a video of the match is not required but is highly encouraged.

Recording your matches and posting them here makes the tournament more fun. If anyone needs any help recording and posting matches, several of the regular participants can help, myself included, so just let us know & we’ll get you going.

Ok, with that all out of the way, here’s the sign-up and bracket link:

The tournament will start on January 12th

which is 2 weeks from today, and each round will start the following week, so you have until 11:59pm Thursday Central U.S. time to get your matches in. If the bracket fills up we’ll go ahead and get a jump-start on week 1, and by all means you can advance up the bracket early if your matches become available. You don’t have to wait until the start of that week. In fact, this also is highly encouraged as it keeps the tournament from dragging, especially near the end.

Before the start of the tournament all the matchups will be decided via a online randomizer, so don’t go off of what the bracket says who your opponent is going to be before that, as it’ll just fill in names as people sign up.

Also If you participate, go ahead and sign up for the Ultra Combo Weekly Tournament of the Forums club on XBL.

That way it will make it easier to find and connect to your opponent.

There are 32 places available. It’d be nice if we can fill them all up, but if not, eh…we’ll roll with it.

A couple of quick points:

With the numerous ways of communicating possible with opponents there needs to be a standard, and with this tournament being “of the FORUMS” you all participants need to keep an eye on this thread to stay updated on the happenings with the tournament.

Try to get ahold of your opponent and set up a time to have your match at the earliest time available, and communicate any difficulty you have contacting them as early as possible.

When communicating to your opponent, be courteous in the way you handle it. Set a specific meeting time, then send a message to see if they’re ready to start the match, then send your game invites. Don’t just look to see if your opponent is online and then start spamming game invites to them. Be considerate of their situations. And while this is not enforceable on an instant-to-instant basis I will keep this under consideration when making judgement calls on who advances in the case that players don’t meet their deadlines.

Unlike other tournaments, this tournament has typically lasts a couple of months, and while scheduling conflicts aren’t always foreseeable, participants need to understand when they sign up they will need to be able to set aside the 10-20 minutes each week for the duration of their time in the tournament. If you feel like this will be a problem, I recommend that you don’t sign up.

Anyway, with that I’ll start tagging people, welcome the the WTF#6, and I hope everyone has fun!

Nice! . I’ll play, I could use some practice. Internet is a bit whack, but exhibition does better from time to time.
BTW, I tried to sign in but I’m at my boyfriend’s PC and I logged in with his account -___- I didn’t realized…I’ll fix it later or when I get home, lol.

I signed up for the tournament. This tournament will be great.

I can’t join this tournament because my parents and I will be out of town for my nephew’s birthday.

Thanks for the tag. I’ll gladly be someone’s first win on either side!

Just curious though, how long are you going to be out of town? I mean if it’s just going to be for the starting week, maybe we can work some things around. No promises though. Have to keep things fair you know.

how long are you going to be out of town?

We will come back home on January 17th or 18th. Are you fine with that?

Well, the first week won’t end until the 18th at midnight, so that might give you some small sliver of time for the first round on the back end if you get an opponent that is willing to work with that. Also we have typically started the tournament early if the roster fills up fast enough, so there’s hope on the front end as well.

…Also you could always just give your first opponent the win and you’d still be able to play through the loser’s bracket.

Bummer that @STORM179 won’t be able to play…was hoping to knock him out this time. Oh well, I’ll join. It’ll be fun

These tourneys are fun so I’m in

I tell ya it’s getting harder & harder to fill the roster. When is KI 4 coming out?

…Also you could always just give your first opponent the win and you’d still be able to play through the loser’s bracket.

I will join this tournament and let my first opponent win.

I’ll gladly join. The T-shirt looks dope. I’m from EU so no chances, yet still I’m happy to know sth like that exists.

Sorry, have to pass, currently no xbox live gold subscription.

If I can keep my hands off Enchantress and Dragon Ball Fighterz, I’ll be fine.

I’ll talk to Ryan and see if he’ll join as well.

Sweet! With nearly a week to go we’re nearly halfway to a full roster! Keep it up guys! Let’s pack the house!!

Hey @WrathOfFulgore would it be fine if my brother (BoiCriedShark) joined the tourney?