The KI Life Thread (what's going on in your daily lives)

What are you saying exactly?

No, they don’t ALL involve fathers. There have been tons of stories about one parent or the other being awful pieces of excrement, but don’t generalize, dude. There are bad parents out there, male AND female. Just because a person is a father doesn’t mean that they’re going to automatically turn out to be an awful person, in the same way that a person being mother doesn’t mean that they will automatically be “good”. It depends on a variety of factors such as the person, their background, their income, culture, etc. Mental health also plays a role in some instances.

Another thing about parents: Mothers do all of the hard work along with extra everything while fathers just chill/relax and take it nice AND easy in family life. Above all mothers HAVE IT HARD and fathers HAVE IT EASY in the end.
Father’s Day should now be remove AND permanently ban from calenders as it is a stupid idiotic holiday as well as being a TOTAL waste of calender space, and not to mention the fact that this holiday is really just taking away ALL of the recognition, focus, attention, and praise along with contributions, achievements, and hard work from Mother’s Day.

Kind of a broad claim to just assume all fathers are deadbeats. Again as Evolution said, both parents can be at fault, just depends on the circumstances.

Throwing father’s day as a whole under the bus just because you had a bad experience from it isnt the way to go.

Okay, why do you care? And why are you criticizing mothers like Evolution was doing earlier?

Yesterday my bro and I got our dad a fathers day card and it was a hilarouse one too. It was one where it said

“the most important thing you taught me about home repair”
The cussing. We also got him a box of golf balls sense he loves golf. We even spent time at his place to have dinner.

As for the rest of my life, we got a call from the DA and we got a receipt for our property and its all set for return we just need to wait for the police to call so we can pick up the stuff.

Once we do, we can continue production on the final battle video. I’am also giving Sauron a new model with the new techniques I’ve learned when creating beasts.

Okay, why do you care? And why are you criticizing mothers like Evolution was doing?

What? Criticizing mothers-? Where did that come from? All I said was that neither side is inherently good or bad - there are s hit fathers and there are s hit mothers.
Likewise, there can also be good mothers AND good fathers. One isn’t inherently superior/inferior to the other.
How do you construe that as “criticizing” mothers?

You can’t just automatically say a parent is going to be good or bad because of their s ex/gender - that’s foolish. Like I said before, it depends on various factors and circumstances, and getting rid of Father’s Day because you believe all men are evil pigs is ludicrous. Certainly, I don’t deny there are pieces of s hit out there that should NOT be fathers at all - I could tell you all sorts of horror stories that I’ve heard - but that does NOT mean ALL should be treated on the same wavelength. And the notion that ALL mothers are faultless saints - newsflash, that’s NOT how it works in the real world. Every person is different in their circumstances and upbringing, with some more volatile and vulnerable than others regardless of sex/gender.

Once we do, we can continue production on the final battle video. I’am also giving Sauron a new model with the new techniques I’ve learned when creating beasts.

I look forward to seeing what you do with Ol’ Sauron.

Well it will be sometime cause tomorrow I’m getting my stuff back ands we will be working on setting everything up it could be some time before we can be fully ready.

I LIIIIVE! Hey guys how goes everything?

Incase you’re wodnerig today we’re getting out stuff back from the police finally, wish us luck in hopes we can get our PCs back safe and sound! more on this down the line!

It isn’t it’s my youtube avatar, though Diablo was one of the inspirations :> 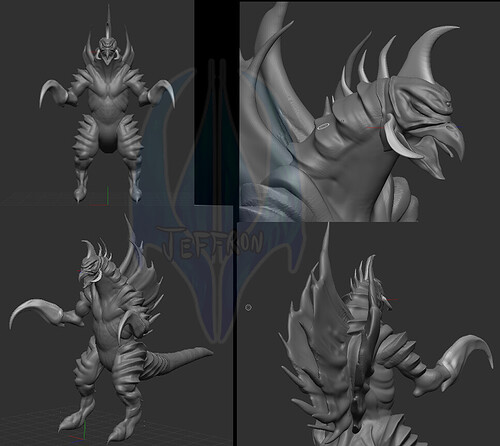 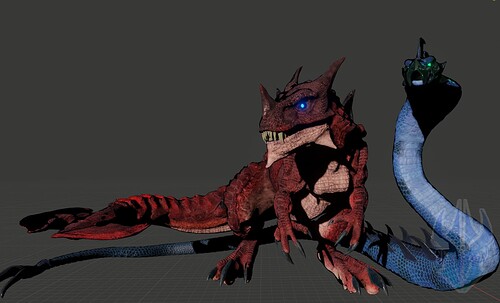 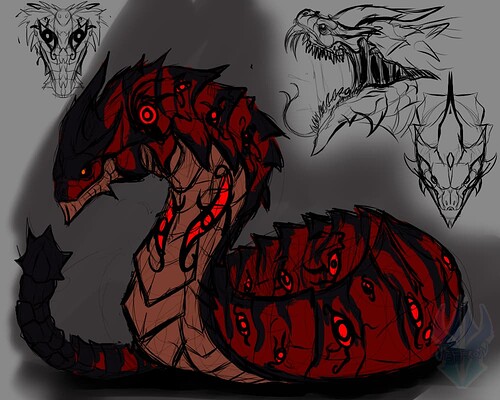 BEHOLD A PREVIEW IMAGE of what to look for and a sign that we are back in order. 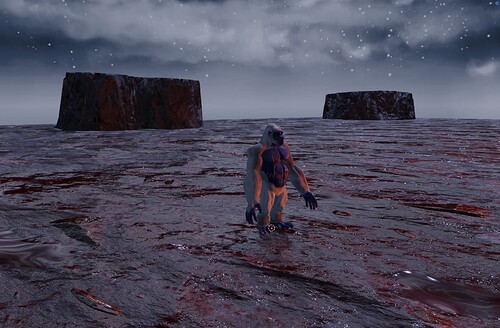 Awesome work with the musculature for Gigan. He looks awesome!

A review of me and Jeff’s project 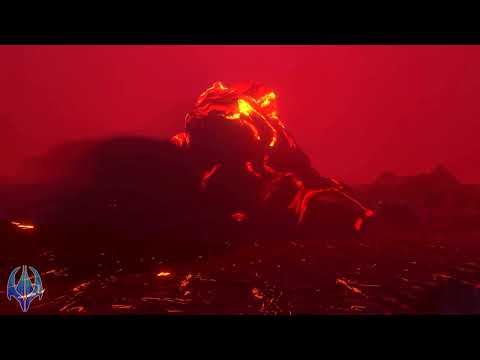