The "GGs" Thread! (AKA The Enormous Matchmaking and Rational Beef Resolution Thread)

Need to get a set in with @STORM179, @ItzTymeToDul, @TheNinjaOstrich, @Dayv0, @KevBones10, @MandrillManiac and anyone else I used to play often that I forgot.

@DarkLrdChuckles too, even though I hate Sadira.

I haven’t played like before in a bit, wanted to see if I lost it all already. Feel like I have. In which case the Tiger Spirit is truly dead. Which will mean a GT change… like, ThatllLearnYa or something that suggest scrub. UberScrubLord69. Sounds fitting

Gonna tell you something:

I broke my arm, and couldn’t play for months. I couldn’t even do some motions properly, so I had to go for two weeks with combo assist. I was horrible, a joke of my former self

I adapted, after a while. And here I am now

The Tiger spirit is alive inside you David. We only have to awaken it.

We only have to restore its former GLORY

Or just more training at the Dojo. You have a membership there…

True, it’s just tough because part of me gave up playing against randoms because it was too much pressure as mentioned in my “quitting” thread. But, another part of me feels left out that I don’t play friends to learn what they learned recently, which was part of the excitement. I love seeing growth in others as much as I did with myself.

Though, whenever I do happen to get on, everyone is doing something or not around.

Ah, I feel like I’m just being a baby here. Sorry.

Or just more training at the Dojo. You have a membership there…

I don’t learn that much without online players. Everyone plays differently and it helps to see that. The labs are nice because I can look for new tech or prepare a gameplan. But, they don’t help me improve because I’m not a frame or number guy.

Though, whenever I do happen to get on, everyone is doing something or not around.

Ah… I don’t want to trouble others.

Just ask. Worst they could do is say no.

Bruh, you sent me a coconut through the mail filled with fake blood inside. That was more than a no.

It was supposed to be Coconut milk. Amazon messed up my order…

Seriously though - if you want games just ask. It’s really not that deep.

Nah I know dude. But yesterday you had like three people lined up. So I wasn’t inclined to bug is all.

Well, I’ll probably be hopping on at around 9 or so for a couple final rounds of practice before I head off to Texas. We can play if you’d like

Sounds good, I get home a tad late so hopefully it’ll be good timing.

Edit: That goes for anyone else who is interesting in some sets.

What the hell did i just read…

Sorry, I haven’t been around =P

We might make a lobby tonight with some friends. But you know how lobbies go. Kind of slow for my taste.

Stuff. You read stuff. Embrace it.

Too tired to play atm have fun👍

I’m hopping on now. Hit me up if you want to play.

@oTigerSpirit - just shoot me a message when you hop on

I’m on a plane to san antonio man.

On my way to some Ki cup action.

I will return though. And are battle between monkey and big cat will be… 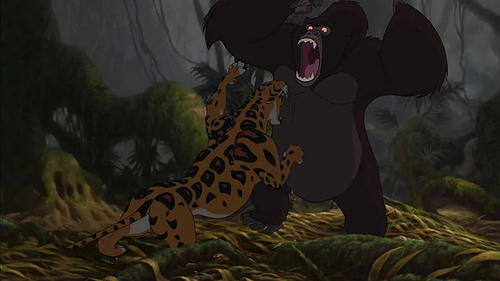 beautiful representation. All good dude, would’ve gone myself but no money. I’ll try my best next year, even if it’s just to watch.

even if it’s just to watch.