Survey Says: The Return of the Textual Stream!

Hello everyone. So I’ve seen many of you ask about what happened to the Textual Stream, and I was wondering the same thing. We got so absorbed into making the game and communicating directly to you all in the forums and Twitter, that these slipped by. Anyway, we won’t let that happen again – and the Community Survey seemed like a great place to start!

Killer Instinct | Survey Says: The Return of the Textual Stream!

Hello everyone. So I’ve seen many of you ask about what happened to the Textual Stream, and I was wondering the same thing. We got so absorbed into making the game and communicating directly to you all in the forums and Twitter, that these slipped...

You were all also very vocal in the community survey – Ultimates, Colors and Costumes fared top 3 in the voting…

Great comeback of the textual stream!

"He said (paraphrased) that he would be fine with working on Killer Instinct for life. Maybe I would be too. It’s been a great gig and really fun to be a part of this."
Be careful who you say that around. You guys might get “Black Tusk Studios-ed” and become Shadow Lord Studios or Combo Breaker Industries

Loved the answers to all the questions. I’m also not surprised that Rash got most fun. He is the goofiest character and without a doubt the funniest.

"Shadow Lords and its multiplayer will conclude Season 3 – with a bang."
Am I the only one that thinks it’s possible that there’s something (or someone) not announced that will be coming with SL? Or am I reading too much into that “with a bang” comment?

When asked if there was a bonus character they said that there were no more characters with the season, I’m sure it just meant that Shadow Lords & the new mode will be a huge update with lots of stuff. Not that it hides anything huge like a character.

Well actually they just said all the characters were done. They didn’t flat out say there isn’t another character. Honestly some of their wording is kinda unclear. Like, they leave a lot of room for speculation. Well, in my opinion at least.

So shadow lords will have new skins. But who gets them?

Also Awesome. Hopefully those top 3 will make it

YAY ULTIMATES MADE TOP3 Hope it happens for sure!

Also PSYCHED FOR SHADOWLORDS MODE. Also I really really reaaalllly want to know what the Multiplayer for Shadow Lords is like!

Exactly what i wanted for it and thought when i read it.

Well Im not sure if they answered my question as in Yes, the Shadow lab AI will be in the other modes one day…Or yes its possible to have the Shadow AI in other modes but we may never get to it.

Owell… at least we know it is possible…lets hope one day we get to choose between regular AI and Shadow Lab AI!

that was fun! I really missed these QAs! Looking forward to more! 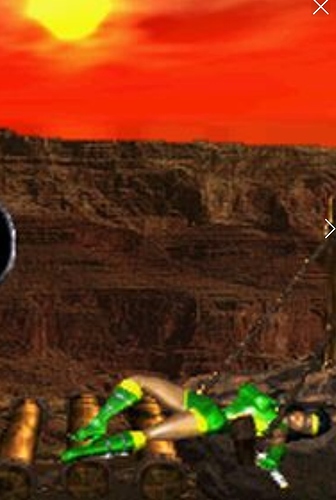 They mantioned on this answered survey that the chaaracter plot of S3 is finished. Would they did a surprise? Don’t know.

I asked on Twitter whether we’d see character specific tutorials. Kind of disappointed that didn’t get answered, thought it was hinted at a little.

Really happy with the rest of this, though.

I guess the unlockable skins are the mimics.
I was expecting a bit more from the textual stream, i wanted to read some balance changes.

I just wish they were more specific/straight forward with their answers. Although I understand they don’t wanna give away too much info to create more hype/speculation. I’m glad they confirmed skins though

Question is this. Who gets the skins. Will all of them get it