That being the finishers are derived from two or more of the character’s special attacks, so using that info you can estimate what the other three ultimates might consist of.

Thunder: Call of the Earth > Sammamish

Or something to that effect.

I don’t think it’ll happen but I’d like to see Maya’s old max level Dagger ender make a return for the finisher.

Tusks is friggin amazing. I think it is my favorite in this pack.

I am not Adam.

Oh yeah my bad. Sorry about that.

The others are ready to be seen?

Hopfully Riptor will get one in the next pack

Good theory, but I hope TJs still invovles sending somebody into the screen. lol

Good theory, but I hope TJs still invovles sending somebody into the screen. lol

That’d be funny, but I doubt it will be.

I like it personally, it hads a bit of humor to me. Likely cause he’s like “I don’t give a ■■■■” face. Rash must of really tested his paitence.

Flurry of punches, auto-barrage style but gets faster instead of slower. Ending with a Vortex launcher into Auto-Barrage ender.

Aganos will have the rock fall animation and the flower for sure. 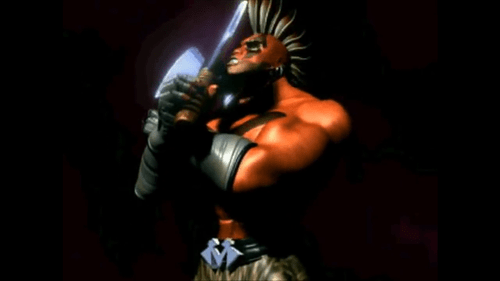 I want thunders ultimate end pose to look like this

Microsoft has swept classic Thunder under the rug, don’t expect anything from his original design to be implemented in this game. I’m surprised they didn’t just remove him from KI Classic altogether.

I’m not talking about the costume lol… I just want that pose back. I know everything about KI. I am aware of how they feel about those retros… what I’m saying is I want that pose back when Thunder finishes his Ultimate. Right now… it’s kinda meh. Lol

I know what you were saying, I was just tellin’ ya not to expect anything even remotely related to that character to come to this game, even something as innocent as a win pose would probably somehow be taken as offensive.

I’ll agree with you though, his victory pose after the ultimate is pretty boring. Jago’s has a lot of personality and Thunder just kind of stares off into the distance as if he’s forgotten that he’s knee-deep someone’s torso.