welp you could try the classic mode.

The WiiU Smash didn’t have all the characters unlocked at the start. It was just like this one.

You unlock them by playing. They will show up after a match or two and you have to defeat them. Alternatively you can go through the story mode. Both are actually kind of fun and it gives you a goal to keep playing.

World of Light and the Spirit Board are the best places to consistently grind characters IMO, at least after a certain point. WoL lets you chase after particular characters you want and gives you another when you exit the mode every 10 minutes. Spirit Board is just constant fights without all the selection hassle of the Smash modes. Both unlock you characters pretty fast while also giving you something else to collect.

The WiiU Smash didn’t have all the characters unlocked at the start. It was just like this one.

I think it’s more about the sheer amount of characters versus the small fraction of them you have from the start in Ultimate. Unlocking all of them requires a lot of work and everyone already feels bad for tournament organizers who have to deal with that.

everyone already feels bad for tournament organizers who have to deal with that.

You can chock this up to me being the crabbiest ■■■■■■■■■■■■■ who ever walked the earth but I don’t ever feel sorry for tournament organizers at all. Either it’s a job, in which case do your job. Or else you are doing it because of this great love of community we always here so much about. In which case how is it you haven’t unlocked the Smash characters anyway? I honestly just don’t see how or why a developer is supposed to plan the development and operation of their game (especially Smash which is not intended to be an eSport) around the “needs” of a community that wants to make tournaments with it. If you want to do that, then fantastic - go nuts. But don’t complain that they didn’t remove all the incentive for the other 99.99% of people to play the game in order to make life easier for the 0.01% of people participating in tournaments.

So who is everyone maining right now? I only recently unlocked everyone and am trying out Bayonetta and Ridley currently. Bayo’s combos are fun and Ridley’s 60% punish feels ridiculous considering how adequately mobile he is.

Really? AIden must have played WU version and unlocked before I noticed. Now he is too lazy/distracted to unlock them…its not for me…its for him. I dont play smash.

I just find unlocking characters a process I don’t want to go through. It’s just a very tedious process. I find it more fun when someone comes over and we have access to the whole roster. I want to play as Ken? Time to put a lot of time unlocking him. Unlockable characters are fine but 90% of them locked at the start? That’s too much. I would’ve been fine if echo fighters were unlocks but not most of the roster. Oh well. Cheesed it to unlock them all anyways.

I look at that as a way to get accustomed to the systems, how they work, how they are used, ect…

It’s good practice that I would need, because Smash is probably one of the hardest if not the hardest style of fighting games to learn imo.

If I had a Switch, Snake, Ken and Capt. Falcon have my attention.

On the bright side, I’m really enjoying Link. He really feels like BotW Link turned into fighting game form. Love the bomb setups. The freeform thinking from BotW transferred really well. I just need more time to get used to how Smash works as this is my first Smash game.

I’m having way too much fun with Incineroar, I think I found my new main.

So who is everyone maining right now? I only recently unlocked everyone and am trying out Bayonetta and Ridley currently. Bayo’s combos are fun and Ridley’s 60% punish feels ridiculous considering how adequately mobile he is.

Shulk and Ken are the characters that really capture my interest.

I used to like Wolf, Lucas and Cloud but then they changed the things that I liked about them and now I don’t.

It’s mostly Mario Related but at the same time it is an item in smash bros so here ya go. 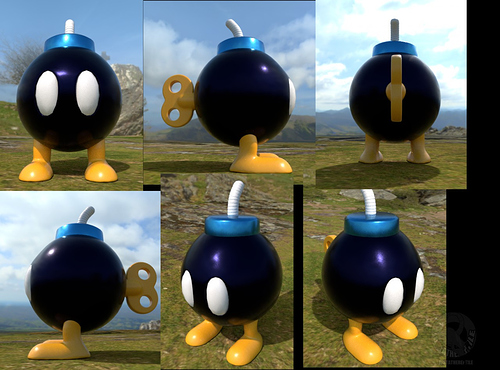 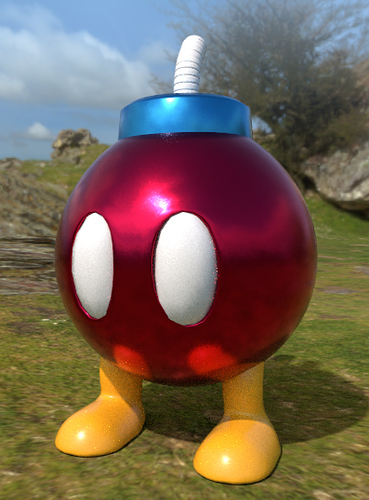 Hey, what’s everyone’s Switch code so I can add them?

I’ve mostly been maining Little Mac. I’m not much of an aerial guy, and I like how he moves fast and hits hard. But when he doesn’t seem to get the job done I go with Bowser.

Someone on Reddit pointed out that you can see Stage Builder in the menus at the beginning of the video. So that will probably be in with the Spring update this month along with Joker.

Someone on Reddit pointed out that you can see Stage Builder in the menus at the beginning of the video. So that will probably be in with the Spring update this month along with Joker.

yeah everyone pretty much knows it now.

Never doubted it, I just didn’t want to be the one being pointed at if anyone cared about spoilers here.

Super glad they’re bringing it back though, even if only because this opens the door up for anything in future updates. I’m hoping they eventually bring back all the fan-favorite mini-games that are currently absent in Ultimate.