Season one character should be the only ones with “Retro” Out fits. Season 2 characters should have “alternate” costumes, with the exceptions of the original KI S2 characters.

Isn’t that what it is pretty much? The new characters have alternate costumes that are just called retros. Only they’re not actual retros like the returning characters.

Anything else about KI that doesn’t meet your personal requirements? The team really needs to step up and get work on all these important changes you’re bringing up.

I find it super frustrating that the brand new characters don’t have their own name for their second costumes, making them share the name “Retro” is super unfair!

Really? I thought that the retro outfits were “alternate outfits” or am I just crazy?

For it to be retro it has to have been in the game before…Aganos, Kan Rah, Hisako, and some other characters have never been in the game so they don’t have "retro"s. They so have Alternates, but they are not retro. Its just a small grammer thing, makes the dev’s look like they don’t know how or what words to use, its just kinda sloppy.

@xSkeletalx Did you read the topic name…“small” irk. Yea. How bout you come up with your own topic and just quit riding other peoples. I haven’t seen one critique, or suggestion, or ANYTHING usefull comming from you.

I dunno, I think the “retro” title still fits. While they weren’t actually in the old games, the style of the outfits are designed specifically to ape a classic trope or aesthetic, or in the case of certain characters give a glimpse of how they were at a different point in their lives (Aganos’s original metal body, the first batch of Riptors, Fulgore Mk2).
Just my thoughts on the matter.

That’s because you’re ignoring the various critiques anyone posts to your threads, considering they don’t fit your narrow view of what you want.

I’ve created several different topics, which are receiving plenty of posts full of intelligent, though provoking discussion with community members. Every single thing I have seen from you boils down to “I want it so give it to me,” without any regard for the actual community’s interest, or the usefulness of your demand, and you refuse to believe that anybody could possibly have any valid point of contention against you.

There isn’t any good reason to make changes like this one, and I would think the various thread locks/merges your posts have been receiving would eventually make you aware that you’re clogging up the forums with redundant, pointless demands.

That sorta makes sense…but like hisako’s “retro” outfit…there is nothing retro about it, if anything its more present tense than anything with a sorta K or J pop kinda look, I think agano’s REGULAR ummm…outfit? looks like it would be more retro than the metal body of alternate outfit. Kan rah…yeah well I don’t even know where to start with “retro looks” when it comes to him. I’m just saying if the characters were in the original KI then they get the title retro, If they are new to KI it should be alternate. Someone should just confirm wether it says “retro” or “alternate” in the character select screen because Im really not sure if thats what it says in game, or thats just a forum term we use.

I mean, I am making sense here right lol…

I always assumed the retros for the new characters were what DH and IG thought the characters might look like if they were in KI 1 or 2.

Not the top hat accessory per se but the mummy persona probably would have made it in if they were going for that gimmick.

Same thing with Hisako her default retro just comes off to me as a less complex ghost design.

Well now I am questioning wether the characters have “retro” or “alternate” when your at the character select screen. If its alternate then thats fine, but if its retro, that should just be reserved for fighters who were in previous KI’s or at least have been in some game in the past.

I mean…they are all alternates by definition. Calling them Retros doesn’t really change that.

Retro just kinda rolls off the tongue better in my opinion.

but retro, and alternate mean 2 different things…damn it let me boot up KI and look at this ■■■■.

definetley says retro for all characters, even the new comers. So I say it is just laziness on the devs side. It’s not a make or break issue but they are using the wrong terminoligy.

Is it though? Retro just means imitation of a old style basically.

While for the original cast it means getting their old costumes. For the new characters the Retros have been throwbacks to older design options for those particular archetypes.

Sadira gets a almost Rosie the Riveter look from ww2 posters.

Aganos is literally a Retro in that its his look before he fell apart.

Aria looks like the Robot from Metropolis. A movie from damn near 100 years ago.

I don’t think that wrong or lazy would be the right words. As I said before, they’re intentionally aping the style of the other retro characters. Plus, I think it’s good for consistency. Each character has a default look, designed to fit with the modern KI’s aesthetic, and a retro look designed to fit a more lighthearted look and some goofy accessories to match the tone.
I’m with @TheMunin on this one. Just because it isn’t technically old doesn’t mean it can’t imitate what really is old.
Prime examples: Shovel Knight, Painkiller, Kung Fury, Telltale Games 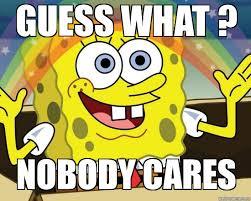 I mean seriously, of all the things in this game that can be improved and have resources dedicated to them, I just find this to be so trivial. Does this really take away from the overall experience so badly? Did you ask Netherealm why they misspelled combat as Kombat? Jesus, give the people some creative license here. I just don’t understand the nit-picking over the preference of terminology which means the same thing depending on the context of which you perceive it. I’d much rather IG work on creating more “retro” outfits than waste a single second on correcting the title of an outfit based on whether they appeared in the series before.

LOL the title says “Small Irk” Its just something I noticed. And “Kombat” i am sure was planned, not a typo. 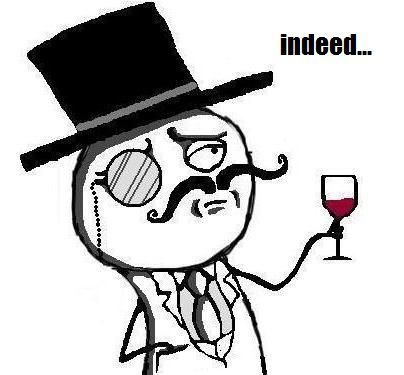