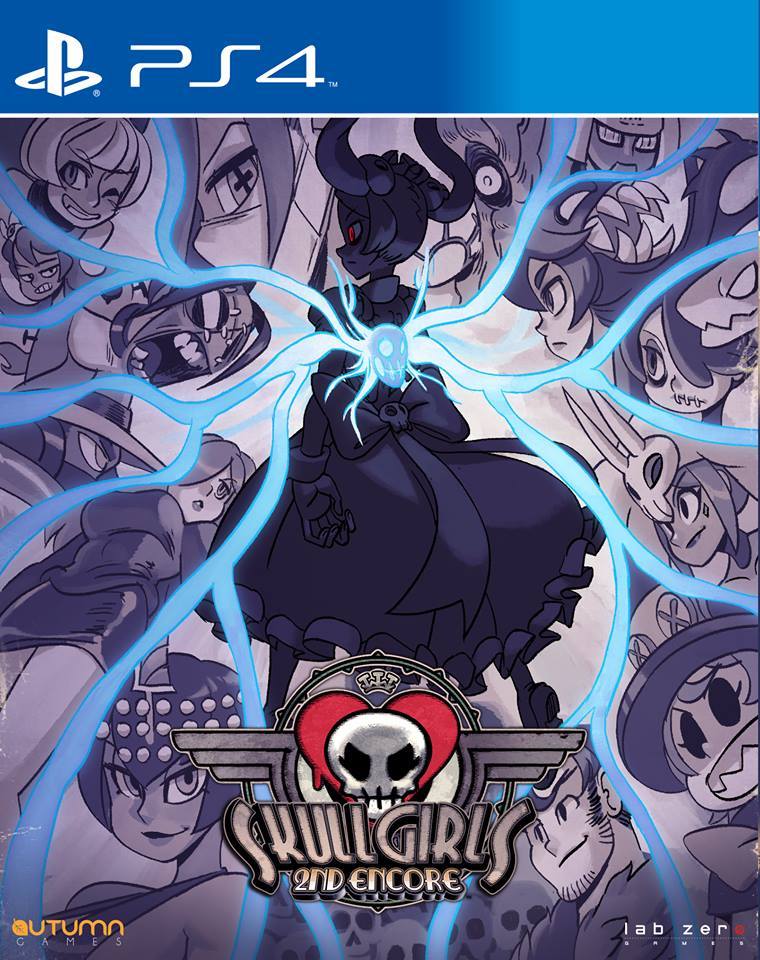 "We’re teaming up with Limited Run Games to release a physical Limited Edition of #Skullgirls for PS4 and PS Vita!

As an added bonus, if we get at least 10,000 pre-orders combined we’ll patch Japanese voices into the US and EU PS4, PS Vita and Steam releases!

Please share with your friends and spread the word!"

So we are finally getting a physical release of Skullgirls in North America and Europe. We’ll also get Japanese voices added if they reach 10,000 preorders :O. What do you guys think?

I think that I’m going to preorder skullgirls now lol did they drop a release price?

Not yet. I’m sure it’ll be revealed a long with the other goodies this physical version comes with on october 31st.

I’ve been waiting for a physical release. Can’t wait dude.

While I can’t preorder it, I applaud their work and wish them the best! Really looking forward to the release of Indivisible.

It’s a great game. But I’ve already shelled out for the game and all the dlc on Xbox, PS3 and PC. But if you have a PS4 and haven’t played this I would definitely tell you to give it a shot.

This will be my fifth time. I bought the JP version of SG so I could have the limited edition

Hmmm I might look into this, never played it and I’m really into anime styled fighters.

I would say it’s more comparable to Marvel vs Capcom 2 with Anime elements. Very much like Iron Galaxy, Lab Zero is a developer that listens to their audience and interacts with the community a lot.

Did the jp version have dual audio?

Yeah I mean it depends on what you mean by anime styled. The game has some similar mechanics to the Vs. series from capcom in that it’s pretty easy to put big combos together, gain and use meter to do big damage combos and you have the option to play a team of anywhere from 1-3 characters.

It has it’s own particular art style, which is not exactly to my taste (a little too much upskirt and cleavage) but I really appreciate that it is hand drawn and animated with sprites. It looks really good and it plays very smoothly as well. The fighting engine is simple but deep enough to really give you something to work on. Everyone has to do their own math about value, but to me as someone who is just a fan of 1 v 1 fighting games in general this is a really cool and unique game that people should try.

Upskirt and clevage lol isn’t that ever anime ever though? Well, I guess it’s not a big issue for me since I expect that usually from animes.

I will ask though, since I am convinced to get it. Is there a Ryu/Jago trope? Silly I know, but it would make it easier for me to stick with it if a character had the same fundamental base.

Blazblue was good but I couldn’t find someone I could connect with because of unfamiliarity in fundamentals. I liked one character but he was purely based on reversals and that requires hard reads, very tough.

I would say no, actually. Although some characters have projectiles and some have DPs I wouldn’t describe any of them as playing like a Shoto. I haven’t played everyone but I really wouldn’t let that limit you.

The thing with SG is that everyone is varied in play style and with the way the game is, being similar to Marvel, playing only one character (it is an option) will ultimately lead you to loss after loss if you plan to play competitively. To be top dog you must have 2 or 3 characters on lock.

I may eventually pick this up for my Vita even though I own the game on Steam already; I like to play a team of Big Band, Eliza and Cerebella, though I’m not great at the game. 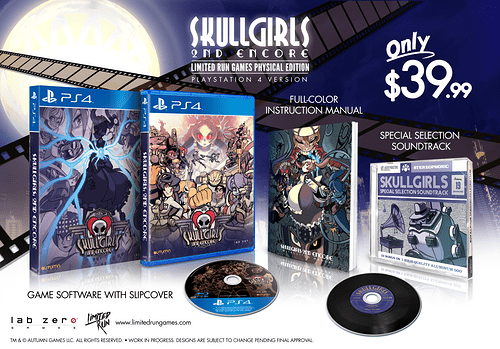 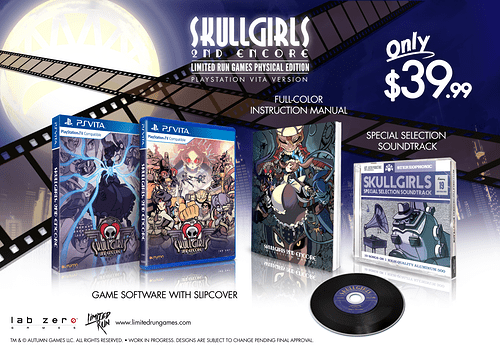 "Here’s a look at everything you’ll be getting with the Limited Run Games physical edition of Skullgirls for PS4 and PS Vita!

Pre-orders start on Monday, 10/31 and will be open for two weeks™! We’ll post the link here as soon as it’s available!

And remember: if we get at least 10,000 pre-orders combined we’ll patch Japanese voices into the US and EU PS4, PS Vita and Steam releases!

Please share with your friends and spread the word!"