What Is Skeletal’s Ranked Challenge?

Throughout the first two seasons of Killer Instinct, I played Thunder almost exclusively. Because of this, my ability to play other characters has been limited, and I’m hoping to change that with Season 3! I am planning to use a combination of the changes to Ranked Leagues, input from the Ultra-Combo.com forum community, and a healthy dose of trial and error to earn some achievements, expand my understanding of the game, and my stable of playable characters!

During the last week of each month, a poll will be posted in the following thread to allow forum members to vote for their favorite character from a list I have selected.

Please understand that I am not an extremely high-skilled player. I do not spend much time in Practice mode or studying frame data. I have a bit of a tendency to button mash, and am AWFUL at breaking. I also sometimes struggle with particular inputs. I have never been as interested in or committed to a fighting game before, but I love Killer Instinct!

With this in mind, please make sure that any posts you decide to share in this thread are constructive criticism, advice, and encouragement, because I understand that I have many flaws to my gameplay, and I’m looking to improve through this Challenge.

While this will hopefully be an interesting or entertaining experience for you, I already know that this will be a difficult and potentially embarrassing journey for me because I am sharing the information with everyone here.

Please vote in the monthly polls, and share your character-specific feedback on each character’s thread. Your input will
be important to this experiment, as your comments, suggestions and advice can help me to learn a particular character or matchup, or understand how to correct a fundamental weakness as well.

By helping me to choose a character each month, you are also motivating me to not simply fall back on Thunder all the time, and to pick a wide variety of characters even if I would not normally have chosen them on my own.

August’s monthly poll for the Skeletal Ranked Challenge has concluded, and the winner is the Sanghelli veteran, Arbiter! 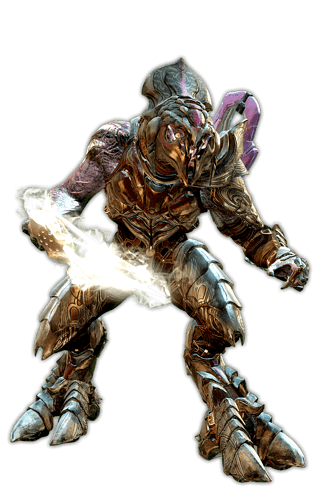 Now, I’ve been a fan of the Halo franchise since the original H:CE on the original Xbox. I’m a big first-person-shooter player as well, but I also really dislike the idea of guest characters. Arbiter’s inclusion was a real mixed bag of emotions for me because of these reasons, but I really was impressed by the IG breakdown stream. When S3 launched, I played around with Arbiter and of the four launch characters, he felt the most fluid to me, and seemed like he would be a good fit for my style of play.

I’ve wanted to play Arbiter pretty badly since then, but have held off due to the fact that he hasn’t won any of the previous Challenge votes, and I want to remain true to my word on these Challenges. I like the range on his normals, and I feel like he has good flexibility with his tools. The things I have seen Arbiters pull off with grenades/grabs/command throws and his overhead are awesome, and I’m hoping to reach a level of competency where I’m capable of doing the same.

Feel free to share your thoughts, wellwishes, advice, setups, anything! Arbiter’s first Ranked matches will happen sometime within the next day or so.

Lol Good Luck man. Arbiter is a fun choice, and one that I’ve wanted to practice, but felt like his overall gameplay isn’t for me. I love his combos and such, but his damage setups are kinda too linear for me, IMO.

Can’t wait to see what you can do!

Congratulations, brother, for joining the Arby Army (if only for a month). Don’t listen to the naysayers, for he is strong but will require you to learn and perform to truly make use of him!

Well, better late than never, but here’s my first update for the Arbiter Challenge!

I will elaborate on my thoughts later, but follow along with my Qualifier run and see how my early Arbiter play is going!