Would anyone be interested in seeing characters in their original costumes from KI1/2. I don’t mean a retro redesign, I mean literally take the old Silicon Graphics files and find a way to covert them to a modern format or recreate the old low poly models as faithfully as possible, complete with simple textures and plastic-looking shaders. This would be a hilarious/epic April Fools joke. 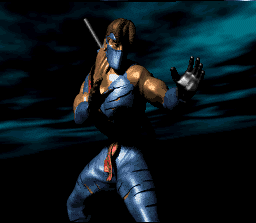 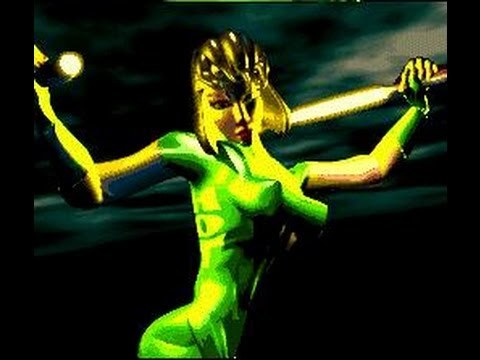 EDIT: For those who don’t know the original Killer Instinct games were created using Silicon Graphics Inc. computers. I believe they are now defunct…

Thanks but no thanks

Ehhhhh, Jago’s isn’t terribly different from the final product and it’d be a waste of resources better used on a newer, unique costume. Orchid’s isn’t all that different outside of her being blonde and that goofy headpiece-thing. But if they end up using the unused “Wanda” concept for a brand new character in S3, I could see it maybe being used there in conjunction with the original red skimpwear design (as seen briefly in the ‘Did You Know Gaming’ KI video).

I would actually laugh my butt off, it could be fun. It would be fantastic to see old “banana boob” Orchid rendered in HD.

Orchids alternate IS this costume lol

I do however like the texture they finally placed on it

Trademark of nintendo*. The software has been acquired by nintendo. No way ms can do it.

They could re-render them with the same goofy plastic models, easy peasy. No copyrights involved.

MS wouldn’t throw their hands on fire just because of that. Just seeing how bad nintendo are doing these days, it would give issues to MS either way. Nintendo wouldn’t loose the oportunity. The priority of MS and IG now is to give a graphical boost for KI of 1080p and/or keep up with directx12 as we could hear on @TempusChaoti recent interview.

Honestly, i doubt. Enjoy the silicon graphics on KI1 and KI2. Buy ultra edition if you must. Lets look towards the future. This is where KI just came in.

Microsoft owns the likeness of the characters, Nintendo just owns that software. If Microsoft made the characters LOOK like the characters in the classic games they own using their own engine, there’s nothing Nintendo could do about it. There’s no way Microsoft would even use an antiquated process to render them, they’d be completely remade using new techniques to RESEMBLE the old cheesy character models. lol

What i got from this are " i want retro costumes straight as they was from the classic games".
This talk is getting weird. You’re asking for graphical tweaks or toggles? Seeing how they had to crowfund to make shago as the own character its not going to be an easy thing. The sources are very limited and IG wouldnt lost their slight precious time on something like this. Would be funny but ehh… Let’s see if its going to happen…

That was the entire point of this thread, to have goofy plastic looking retro outfits. Its all just in fun.

Exactly, I just thought of it as a goofy bonus costume. Guess I’m in the minority here

By the way, as far as I know Nintendo has no claim to the KI IP otherwise MS wouldn’t be able to re-release the classic games, let alone a new game in the series. So as long as someone (Ken Lobb?) has an old hard-drive with the original 3D files this might be possible.

The only thing propitiatory to my knowledge about it was the tech used to render it back then, the 3D models and all of the content held as assets of KI would be property of Rare and Microsoft owns Rare.

Nintendo was involved with the arcade hardware, along with Midway. The actual machines they used to create the graphics were from Silicon Graphics Inc. I’m not sure what software they used for 3D modelling and animation. Maybe 3DStudio? Maya wasn’t around till 1998.

Exactly, I just thought of it as a goofy bonus costume.

Nice idea. If such a glossy effect could be replicated that would be interesting.

Guess I’m in the minority here

Make that “we”. And don’t hold back your future ideas.

No, I like consistency. But I’d welcome a more faithful recreation of these costumes, cause some are pretty bad.

But there are already some goofy costumes in the game. KI isn’t super serious all the time.