Ive seen this question posted numerous times in different places, so I thought I’d make an official thread for it here.

For ppl that bought the Limited Edition Shadow Jago figure from Ultimate Source, do we now have to buy the regular Shadow Jago as well in order to access color 11??

For those of you that have not seen color 11 yet, here is a pic from the KI Twitter: 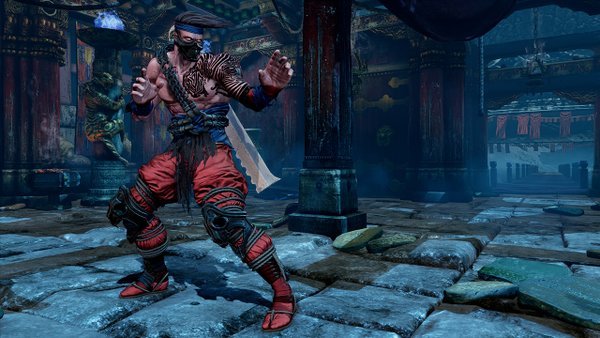 This color is cool, but I’m a bit annoyed that this didn’t come with what was supposed to be the “limited edition figurine”.

Yes you have to buy another Shago to get color 11

The answer seems pretty obvious. Yes. Just like everyone else you have to buy the figure to access the color. What is it about buying the limited edition shadow Jago, that gives you exclusive access to color 10, that has any relevance for accessing color 11?

Why is no one asking this in reverse? If I by the unlimited Jago I want access to color 10 too. See? It doesn’t make any sense.

Because it was a Limited Edition figure, only 5000 were made, and had cost more than the one that’s out now. You’d figure as part of that, you’d get whatever the Regular edition figure would come with, as well as something exclusive…

One thing can be said about alternates of Jago, like his regular, 9’ and 9’ Color 9 variant. The distinction is that what we bought was a Limited Edition. With another Shago, what classifies it as limited anymore?

Everyone has limited colors and now that the same figure is released there isn’t anything unique besides an exclusive color -colors that apply to all figures, hence making everyone apart of a Limited Edition.

5000 products were made, all of which were sold for a reward of Color 10. But now the same figure comes out with Color 11. Don’t you think that there should be more to compensate those who purchased before the 5001 mark as per the norm of Limited Edition.

You’re right, its not logical to ask that question, but color is not the issue with the “limited edition” Shadow Jago. The issue at hand is that the Shadow Jago figure itself is not limited edition, it is the box that is limited. It shouldn’t be marketed that way so that people aren’t feeling like they got “punke’d” when something like this happens.

That’s exactly it…if I pay more for the special version of something, it had better have all the qualities of the normal, and more. That’s what makes it the special edition.

I think that the limited Shago figure should have come with the contents of the regular package (ie: Color 11) and whatever they added in the Limited Edition (ie: The box & color 10). It sucks that it wasn’t properly detailed that there would still be another run of Shago and that it would have a color not included in the LE run of the Shago figure. I would even have liked to be given the choice as I would have preferred to get color 11 over 10…

Yup, color 11 should unlock automatically when S3 comes out if you have color10.

That color is awesome and this is the first I’ve heard of it…
Do I have this right?.. I bought the LE Shago figure to get Color 10. Now I have to buy Shago again to get Color 11? Please say it aint so…

It’d be really unfortunate if the original shago owners won’t get the new color. It’s a bit lame. My girlfriend bought the figure for me as a Christmas gift, I was ecstatic. It’d be a shame if they pull the rug from under us.

Damn it, I bought the shago figure just for the color and I thought I was going to be done with it. x___x

I think this color is awesome but I cannot justify buying the same figure over again for it. I just hope maybe a color pack will be available as DLC later and those of us who like colors will be able to fork cash. If not then I guess I will have to find a key on eBay but only if it is reasonable (probably not).

While i don’t think LE owners should get it free they should at least be given the option to buy the color without the figure, that way they’re not buying the same thing twice.

Those of us who bought the LE Shago should get color 11 as well. I was under the impression that Shago would only be available until 5000 units were sold. Now they repackage him with a different color and expect us to buy it again to get another “exclusive” color?

I think this is the only thing I’ve been legitimately mad about.

■■■■■ the color. IMO the figure should come with a code to unlock the character.