I don’t know if there’s a fix or a work around for this, but am I the only one that has this problem about 98% of the time I try to fight a shadow in Shadow Lords? 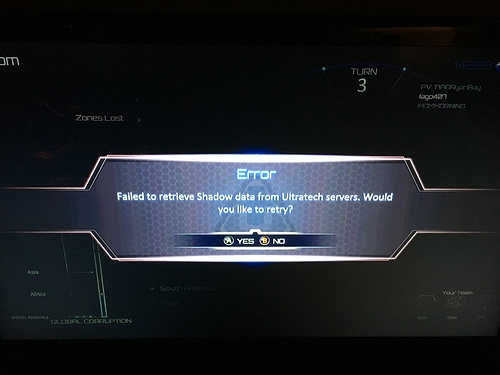 No matter what I do, this always seems to happen. I retry a bunch of times, no luck. Finally, I just have to skip them and watch the meter go up. Last night, Gargos actually appeared because I couldn’t do one of these missions, so that kinda sucked.

Anyways, just curious if this is a problem for anyone else or if anyone knew how to fix it. Thanks!

I have the same issue with the shadow lab. Matches always fail to load. NBD really, but when I don’t feel like getting wrecked in ranked shadow lab was a fun escape. No longer

I have the same issue with the shadow lab. Matches always fail to load. NBD really, but when I don’t feel like getting wrecked in ranked shadow lab was a fun escape. No longer

Yeah I’m not even talking about Shadow Lab here. I’m just talking about in Shadow Lords, the shadow matches don’t load. I wasn’t aware that this was an issue in the Shadow Lab as well. I used to play that mode a lot, but then heard that a bug or issue was introduced in a recent patch where bounties seem to duplicate, or something along those lines? Either way, I decided to stop playing in the Shadow Lab until it was fixed, though I haven’t heard one way or the other about it since.

All this stuff kinda makes me wonder what shape this game will be in when MS and IG pull the plug on this game. Are there dedicated KI servers that store shadow information or other stuff? Will we no longer have access to that stuff or certain online features once the game is “done?”

Nope it is not just you. That error has been there for sometime. Maybe they are having a hard time funding or fixing it.

Whenever I got that error, I’d mash retry and it would work eventually. That or back out and try again.

See the mashing used to work for me, but now it doesn’t seem to. Same goes for exiting out and going back in.

Yeap,I posted it in bugs. The matches wouldn’t load

I tried mashing A or B for more than 5 minutes, but nothing.
I ended up closing the game. It’s a shame because I enjoy the mode, but until it’s fixed I can’t play.

Huh. Not sure, XBL issues maybe?

Huh. Not sure, XBL issues maybe?

I’m not sure. I don’t have any problem playing online. I’ve turned off my XB1 and turned it back on (both a soft reset and a hard reset), and last night I actually tried mashing the retry button 100 times (I actually counted lol) and nothing. Tried exiting the mode and going back in five times. Nothing.

Yeap,I posted it in bugs. The matches wouldn’t load

I tried mashing A or B for more than 5 minutes, but nothing.

I ended up closing the game. It’s a shame because I enjoy the mode, but until it’s fixed I can’t play.

Yeah, I’m not sure what’s going on here, but hopefully the @developers are looking in to this and working on a fix so that we can play Shadow Lab and challenge Shadows in Shadow Lords. I really enjoy those parts of the game.

Thanks for writing about this issue. I myself actually have this problem too, so I unfortunately know how frustrating this is.
This is not however affecting everyone. My son’s account is fine. My other account fine. My main

Need your support to help track this down as it has been elusive. Some questions:

Feel free to DM me about this too. The more information the better so we can look at what’s happening here.

I normally play KI on Xbox One, and can almost never get a successful shadow fight in Shadow Lords or Shadow Survival from the last 3 updates or so. However, returning bounties and challenging a specific shadow work just fine.

One shadow of mine has 2124 recordings, the other with 393 recordings. If you need the recording numbers for vs specific characters, I can list those.

I did try a quick Shadow Survival run in the Windows 10 version, and it worked with no problems, also the “retry loading shadow?” message box that appears in the xbox one version didn’t even appear. 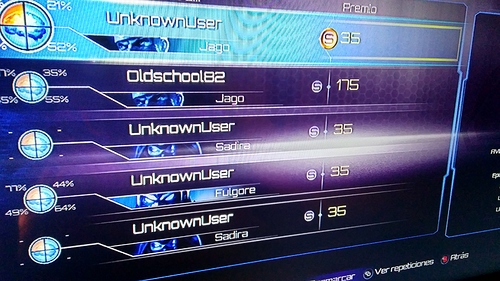 Thanks for the response, James! Really appreciate you looking in to this.

I only play on Xbox One.

Is this happening to anyone on win10 KI?

Apologies, but I couldn’t say.

Do you have shadow fighter(s)? If so do you have tons of recordings? (check shadow data and look at your number of total matchup recordings to gauge this)

I have one shadow fighter. I’m at work at the moment, so I can’t check, but I can tell you that the last time I checked, I think I was around the sixth ranked Sadira on the second highest tier. I know she’s been through at least 200 matches. I recall that clearly. She loses a lot lol.

Do you think that our own shadows are an issue even when we’re not using them in Shadow Lords matches or in Shadow Survival? Just curious.

I do not think your shadow is causing it, but I am seeking common denominators to be thorough. I really think this is related to something in grabbing the other shadow’s data.

Thanks! Ya, that’s my experience too. Win 10 = no issues, maybe the occasional bad shadow (meaning one that say was actually deleted and listed still) but none of these issues. This info helps, we are putting all of it together to look at. Thanks again.

Win 10 occasionally has issues with retrieving shadow data. Sometimes it happens sometimes it doesn’t. But when it does happen, you’ll know because the beep beep sound it makes when it que’s the loading process, it will play multiple times, beep beep, beep beep, in rapid succession then fail to load. I just got used to pressing B and re queing the load and I usually get my match after a few tries. Been a thing since SL has launched that I’m aware of. So unless people are experiencing a complete loss of the shadow matches, then that’s different.

What are those UnknownUsers in the image I uploaded above? I tried to fight them today and some would work,others would not. Some also show 0 points reward.
On the other hand, challenging shadows alone (by rank or price) works.
Shadow Survival seems to have this not loading problem.

I’ve never been able to challenge a zero points reward bounty. I’d love to be able to clear bounties that I can’t challenge. That’d be awesome. @TotalJimkata has giving players the option to manually clear bounties ever been discussed? I’ve never been able to challenge zero points reward bounties or what I’d have to assume are Shadow Lords matches where my Sadira’s been defeated, so I’d like to clear them, rather than have to cycle through to find the matches I can actually go for the bounty against.

Shadow Survival seems to have this not loading problem.

Yeah, big time for me. I tried it the other night and after several tries, I was able to get the first match to load, but the second match simply wouldn’t after hundreds of button mashes of either A or B. I finally had to go back to the system home screen since there was no other way to exit out of the menu. Not sure if you had that issue or anyone else for that matter.

I get this issue on the Xbox One. I have two shadow fighters with 20-40 recordings each.

Still working on this. The good news is that I can repro this 100% on my account, giving us the best chance to track it down. Bear with the time this is going to take, I will keep updating as I get more info.