Welcome to the second installment of the KI Screenshot Challenge! This week’s theme is going to be Airborne.

That means I wanna see your best high-flying snaps. I recognize it’s not necessarily easy but I have faith in you all!

If you want to check out the first set, here’s the link.

I’ll take my favorite 5 or so and feature them in the next blog and the winners might end up with a shiny new badge to show off.

I look forward to seeing what you guys got for me!

I think this one qualifies 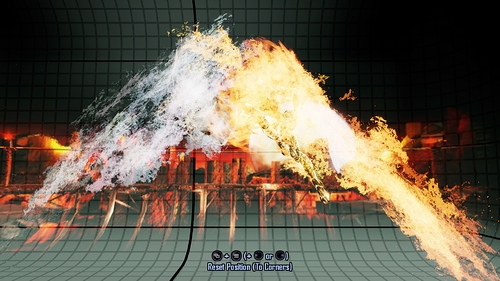 Ok so this week I got two Cinders battling out on the training stage. I turned off motion blur and removed the HUD to try to bring more focus to the characters. I had another one where they just went straight at each other, but this one looks cooler (or maybe hotter?). 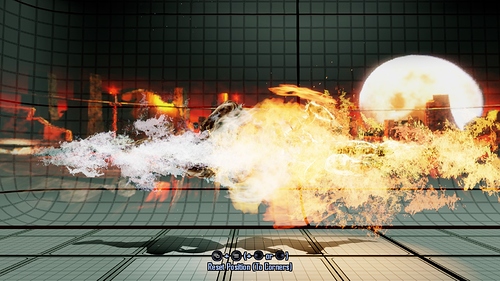 Opponents who constantly jump in are annoying, but Aganos knows how to deal with them with a flick of his fingers. 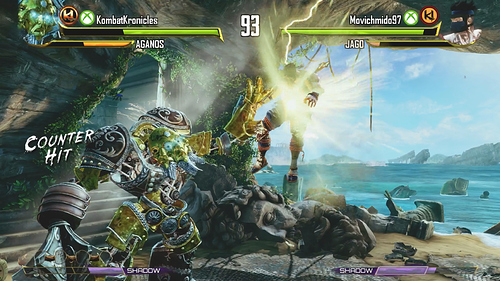 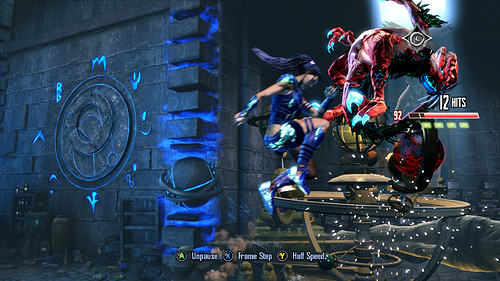 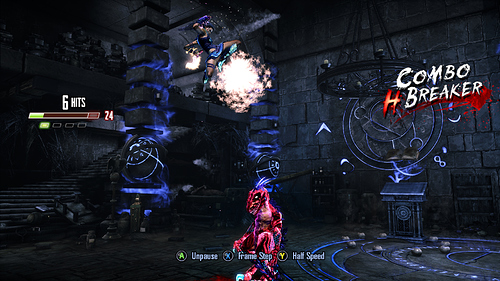 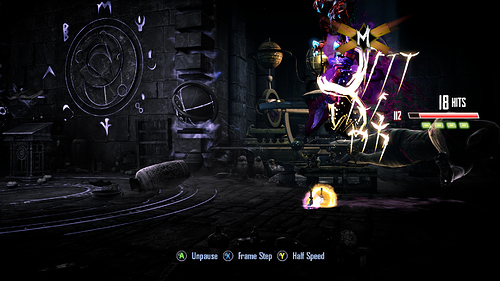 Snapped a few instances of crazy shenanigans from a replay, up, up we go! 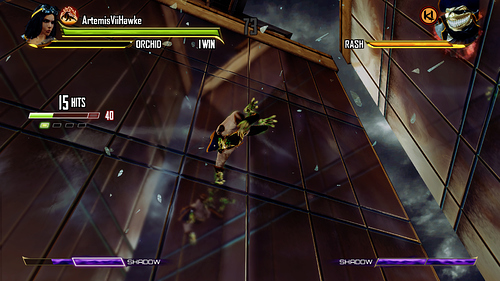 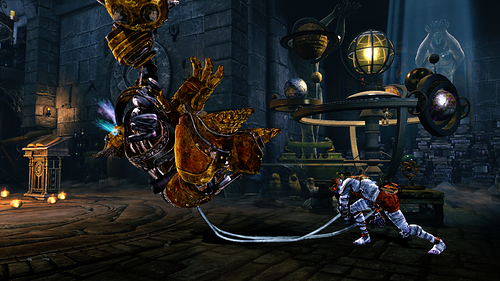 The Bigger They Are…

I gave this week’s Screenshot Challenge theme of “airborne” some thought, and I decided to go retro with it by taking a photo of one of the earlier battles between Aganos and Kan-Ra using my favorite colors and accessories for the retro skins.

A gold-plated Aganos just feels right since he is actively serving his king, and I’ve always appreciated Kan-Ra’s strange restraint-themed accessory set- it’s so bizarre-looking (and I like the seafoam green metal corrosion details! Nice touch!), and I can imagine that he would use the blind-helmet during his meditations regarding dark magic and connecting to the Astral Plane. Aganos paid the price for wandering into one of Kan-Ra’s lairs that day…

While Aganos isn’t very high in the air in this screenshot, I managed to capture the moment where you’d cringe and think “Oooh- That’s going to hurt!”

I wish that more people threw their screenshots into the mix- the screen shot challenge idea is such a fun one, and I’d like to see how more of you would handle the creative challenge. Here’s hoping that more of you jump onboard the next one!

Has it ended? I keep forgetting to do it once i get home and start playing.

I don’t know, but since @snickerdoodle hasn’t put together this week’s blog post, I say hurry up and get your snapshot in while you can! HURRY!!! 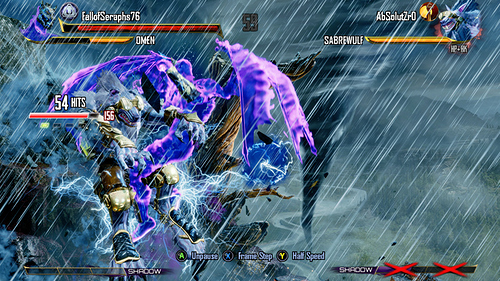 Man, the middle one capture is incredible! I never saw a combo breaker so high ground like that!

I don’t know if the contest already ended but here is another counter breaker in air. 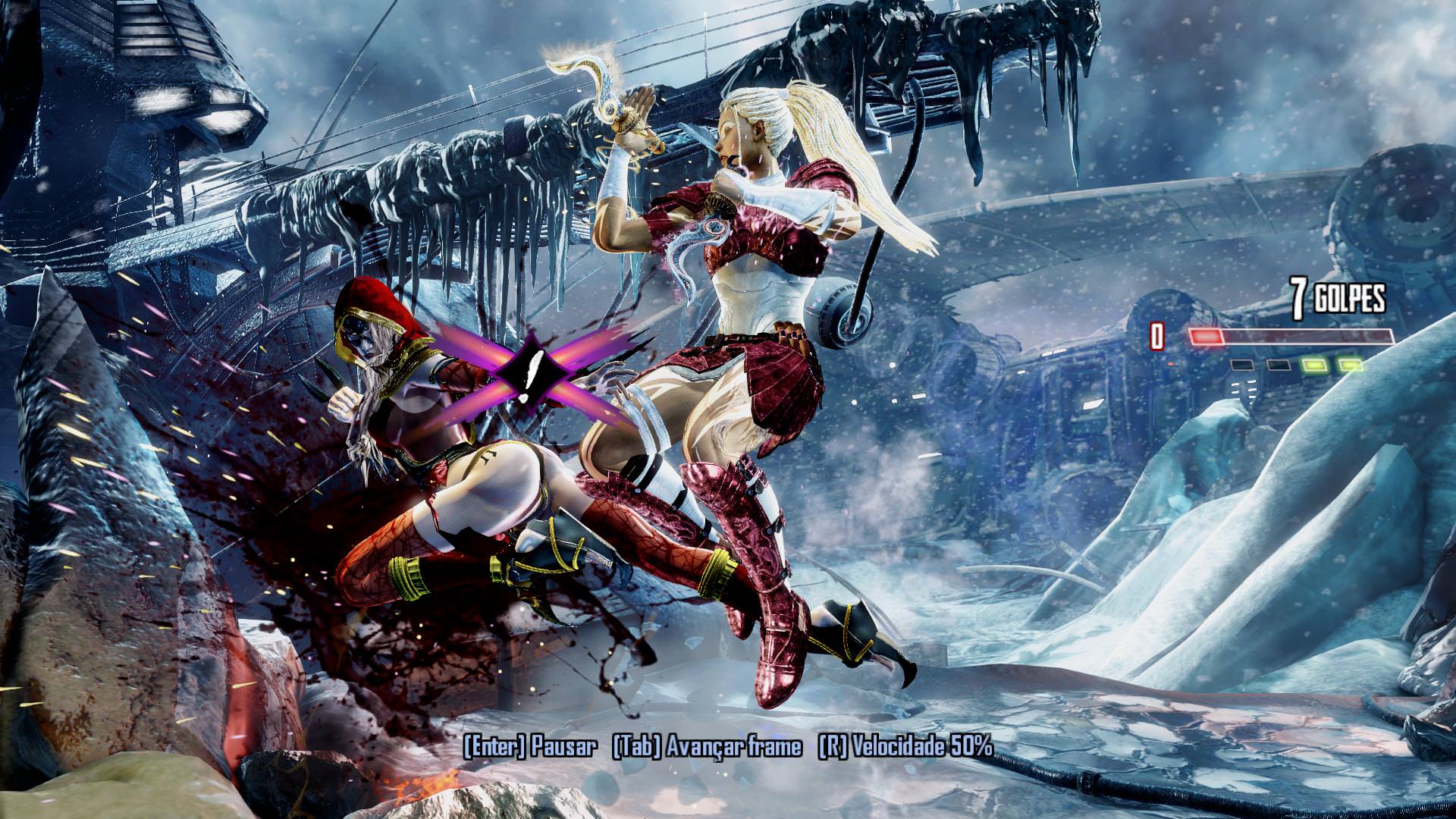 I think that was after that Riptor caught me with shadow tail flip, I caught some serious air!

OMG! No wonder I lost… Here I am trying to win a match and Sadira goes full … well you know what… She even put an exclamation point on her toosh!

That’s it… Hisako all the way.

I HAVE TIME TO FINISH THIS NOW.

I think I’m gonna move them to biweekly vs weekly. So you guys have 2 weeks to take shots and everything.

Putting my blog together now! <3