Ryat Adams should be the LAST Character of Season 3

He SHOULD be the last character! There I said it! And what I say goes! Just this old dude that cries… Not super OP…

Cry: - back - forward + punch
Ryat Adams cries. His opponent pities him and will forfeit match if not counter broken.

Alright Iron Galaxy! The ball is in your court now! Make it happen! BOOM! 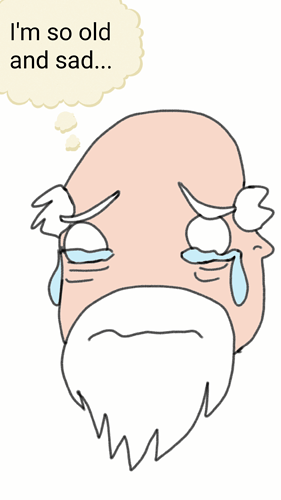 How about the AI that Aria made in his image that Glacius tampered with? I’d love to see her get her just deserts from the idealized version of her dad that she tried to make for herself.

I didn’t realize Glacius tampered with it!? I thought he was only screwing Eagle and the A/C…

They mention that the strange song AI Ryatt “composed” was the same that she heard later, and that he was doing/saying things he shouldn’t have been able to, so Glacius was definitely doing something to it.

Interesting… I did not put that together even thoughI read the story twice. Glacius is WAY more powerful then the game shows it seems. Or at the very least he has a lot of powers not shown in KI.

This Makes me Happy, which is against Ryat’s playstyle.

Ryat Adams has that effect on people…

Real talk on the topic of ryat being a playable character I want Arianna as one. Aria is looking for a way to make a biological based body based off of Arianna design. I want that design playable in the end as a way to show Aria at her peak. especially if the secret Ryat hid from Aria was incorporated into the design to bring out Aria true potential.

A psychic( since the body is using glacius DNA as a partial basis in creating the body) woman with a weapon preferably a sword, a katana or something as a call back to Aria blade form. It could be Aria true boss battle form as the true potential from the tech Ryat his plus Aria finally understanding life as a organic being makes her much more powerful than she was before

Arianna is totally going to be Ryat.