Rukari Austin ‏@rukizzel 2h2 hours ago
"So…depending on XBL services and what not, the current plan of record is to stream about 90 minutes of Shadow Lords this afternoon."
“2:30 to 4pm PDT”

Assuming that XBL works with us…

I’m just wanting to try it out for myself. EVO early access turning out to not be too early

What Twitch channel will it be on, I wonder.

Also, just for everyone here, don’t expect news in this stream. If Rukari wanted to tease something he’d do it through the official KI twitter, not his own.

EVO early access turning out to not be too early

Just made a change above.

You guys’ll want to see it. 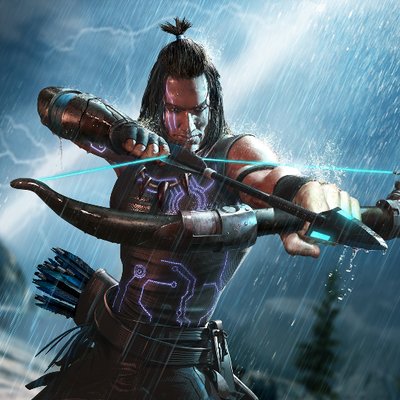 Beam is actually a pretty sweet looking service. I wonder how it’s going to compare to Twitch.

For those of you who have an innate understanding of what Shadow Lords is, already, this may not be anything new to you.

With the abundance of stuff coming from Gamescom, though, it’s time for us to be able to sit back and have a panel-like, open dialogue with you about what to expect.

Why are you using “Beam”? Never heard of it before right now.

Guess that makes sense, just like Skype. I assume we can expect a “Beam” app on Xbox sometime in the future.

The first time you play, the cutscenes and characters are set, and you are put through a quick tutorial of the game’s mechanics.

You can quit after Day 1 though and go back with your own characters.

More than just mimic costumes unlockable, others as well.

There are more colours to unlock on SL besides mimic colours.

And they confirmed the beta is going to drop next week. Yay!

They also confirmed the Omen is Shago-vomit.

My phone has already added it to its dictionary.