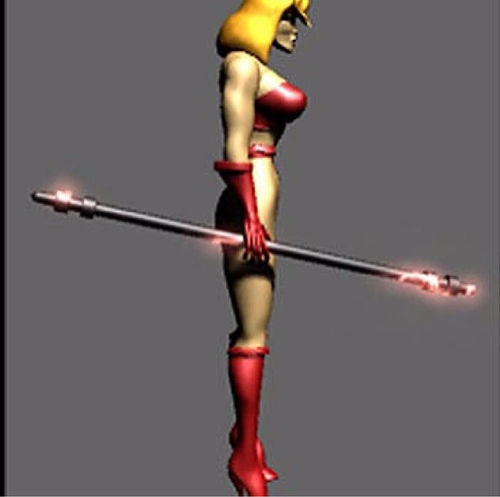 IMG_velzl0.jpg1421×1413 120 KB
I think that we should make her a character. Like Mira started as part of Maya’s backstory, now she’s a character. Let’s take this one step further and make a concept a character!
If anyone has any other ideas just comment below. I might post a fan concept for this.
Update 1:
(I’m numbering these updates because I’m probably gonna update at different times.) So I may plan a backstory for Roxy. Like my idea is that Roxy was a well known musician and that she is also a skilled fighter. So her business was bought by Ultratech and they haven’t been fair and treated her poorly. At some time in her childhood Ultratech invaded her hometown, like when she was 12. She has a plan to get rid of Ultratech. She has no allies. So yeah, that’s my idea.
If anyone has any ideas feel free to comment down below.

Update 2:
So I made some concept art for Roxy Rave. Here it is. 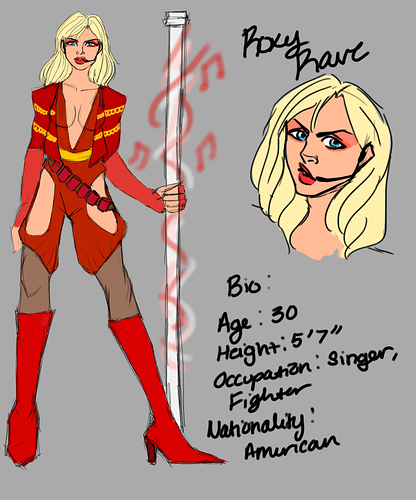 This is probably my first attempt at concept art buuut I hope you guys like it.
More Backstory: Roxy fights back, she defeats a bunch of Fulgores that were sent her way. She used that power of MUSIC (oh my gawwd) to take them all down. It was a power she didn’t know she had. She learns to control it later on.

Roxy Rave, huh? So she shoots musical energy beams out of her staff?

Not sure but that’d be cool.
Roxy should be a musician planning on taking down Ultratech

I’d make it so Roxxy Rave is Orchid’s secret identity during the Killer Instinct tournament. She’s act the part of an empty headed music head but secretly would infiltrate the tournament in her real black orchid gear complete with black eye paint.

How about just calling her Rave? Sounds better. She should be made out of orchid’s DNA by UltraTech

They should have her fighting style mixed with a staff and Taekwondo kicks.

I think it would be cool if her staff broke into two. Like Nightwing, I also agree her name might be better suited as Rave. It would be nice to see a proper staff fighter in a 2.5d game.

I absolutely love this concept for her, especially since nobody talks about her at all. Mira is obviously a reference to the vampire character that was supposed to be in KI2, so why can’t Roxy come to life too? I thought that maybe instead of working to stop Ultratech, she could be an agent or something for them because her career is sponsored by the company. The backstory you gave feels really similar to Hisako’s but that’s just me.

Also, did you draw the concept art, because it looks great.

Yeah I did and thank you!