Riptor being the 1st number per character.

Granted I haven’t been playing the greatest of competiton for certain characters, I think in theory these are pretty acurate for how riptor can handle most of the cast. Most of her greatness will come from the individual players and not just tailflip nonsense.

Let me know what you guys think about her currently and I’ll try to be around to help out however I can. Easiest way to find me will be thru twitter @Fiyah_Liger =P

Thanks for posting your impressions.

Interesting to see that you have the Glacius matchup skewed towards Glacius, whilst Kan-Ra and Arbiter you think favour Riptor. Not so much a problem with zoning, as more specific matchup details?

I’ve only really been futzing around with Riptor in training mode thus far. The new trajectory on her backrun+HK is weird, but it seems like a goldmine for tech: you can consistently recap with light tailflip for a 40KV combo, I’ve managed to very inconsistently get a recap with medium tailflip, there’s nonsense like double backrun+HK into mortar juggle into LK flipout into tailflip mixup while sparks are going everywhere, etc. I’m kinda addicted to exploring this stuff.

When I get a little more serious and take Riptor into some matches I might give some matchup impressions, for what they’re worth.

I’m having a lot of trouble in the Glacius match-up. Like 3-7 or even 2-8 in my last 70 matches. Any tips you can give to get past the current broken Shatter that isn’t Shadow Talon Rake.

If it doesn’t feel like you are turning traitor Fiyah_Liger I would love to hear how Aganos can do well against Riptor. I find her one of my hardest matchups and would love to know what you’ve found in Aganos’s arsenal that Riptor is weak against.

Thank you if you can advise!

The glacius match up still feels impossible to me. Sadira has become mostly even now thanks to flame morter and I love it.

Also I find it kinda funny that people complained about tail-flip but it was so easy to block. I think the real-greatness simply comes from those who take the time to work with her other tools. And also are not just throwing out mindless attacks.

If it doesn’t feel like you are turning traitor Fiyah_Liger I would love to hear how Aganos can do well against Riptor. I find her one of my hardest matchups and would love to know what you’ve found in Aganos’s arsenal that Riptor is weak against.

Thank you if you can advise!

The glacius match up still feels impossible to me. Sadira has become mostly even now thanks to flame morter and I love it.

It’s actually simple beating zoners like Glacius and Kan-Ra. At the start of the match get in their face and attack them up close. Once you knock em’ down don’t just attack outright, wait and see what they do and also be sure to spit out a few mortars into the air to put pressure on them if they decide to attack on wake up. Sabre and Riptor can do well against zoners so long as the zoners are not given an inch of space to work with.

Keep trying. The time isn’t very lenient – you need to get the tailflip input in as close to frame 1 after the backrun+HK as possible.

I think Omen is tougher just cause his new flight patterns and stronger normals make it tougher to bring him down. so maybe another .5 in his favor.

Glacius just still liquidizes under most junk we can try on his wake up, Predator stance HP beats his instinct now, still trades with shadow puddle, but still loses to Shadow Shoulder and liquidize. Our new shadow headbutt w armor now can punish multi hail if you see they like doing it.

I dont see thunder being that much better now, we dont die for getting combod once into throw ender then 50/50, but he isnt free on KD w/o meter anymore.

Aganos isnt as free w/o chunks now with the full invul shadow RUIN now. and if he gets the space, and brings out Peacemaker, its annoying to deal with. gotta try to Shadow headbutt in before he recycles for a chunk.

Well for glacius I’ve found the most success mixing it up from staying full screen with mortars and sitting in his face when he has no meter. Also when he has instinct stay away as well. He has to come to you.

I’ve actually updated it recently with aria/cinder. Those matchups are hell because of their movement and dp’s. There’s isn’t a ton riptor can do in neutral/full screen, mortars get evaded pretty damn easy

As far as aganos goes, it’s a pain because he has the club all day and on top of that his stomp crushes lows(mainly sweep) so you have to be in his face 24/7 with all the right reads or he’s gonna projectile spam and beat you to death with the peacemaker. Playing Zerg and Cstyles is no bueno granted you can do it because grounded heavy beat armor so it’s somewhat easier. But still 5/5 just depends on the player

First of all, thanks for giving us your impressions on Riptor and your advice.
Appreciated to see top players helping us out.

Now I am ready to do field tests with Riptor, lol.

yeah ANY ver of cinders new infernos destroy mortars. the MU is still annoying because of movement and DPS, but its better than s2 with DPs being easier to punish, him being easier to break, before, if he was fired up, he could do HK flip and we would HAVE to use a shadow to beat the pillar, now just st.lp works before the pillar comes out.

the best thing about the aganos MU now is that hes free w/o meter, HP meaty all day, with meter? gotta be careful for RUIN. with peacemaker? SUPER ANNOYING. I used to do REALLY well vs Cstyles, i played him once here and it wasnt great, so i dunno.

Went ahead and updated the list. Only changes were Thunder and Hisako. Think they are closer to even, I think Hisako is great and thunder has his durpy 50/50’s for days so it’s hard to deal with depending on how they play

So I sarted to use Riptor more and I have to say…She’s very fun to use!! =D
I don’t have my Wulf’s normals, but using the fire, the mixups with the predator stance and that tail…Is really fun XD! And the mortar too, great addition. Is funny because I wanted to get solid with other character rather than Wulf, I was looking for a more balanced character but I ended up with Riptor which is a rusher too. I also like Glacius quite much but I need more match up training. I’m leaving Jago and Orchid because I’m no longer having fun with them. But I need characters to deal with some MUs that are annoying when playing with Sabrewulf. Kan Ra, Spinal, Glacius, Hisako (man, I hate Hisako so much, her priority and everything). Shadow Jago is just a pain… and Rash? he shouldn’t even be here, but well…

Cheers to Riptor pplayers! she’s so entertanining to use XD

Pretty decent chart, although I find it strange that Sadira isn’t a bigger problem from Riptor. Granted her new fire ball attack can limit some of Sadira’s options, but I still think Riptor generally has a few issues with this match up (providing you are facing a Sadira who knows what they are doing.

same, I think its better overall than it used to be, but I still got no answer for (instant jump mp daggers, j.HK)xN pressure

Smarter Sadiras will stay lower in the air or jump away and around them a little more. 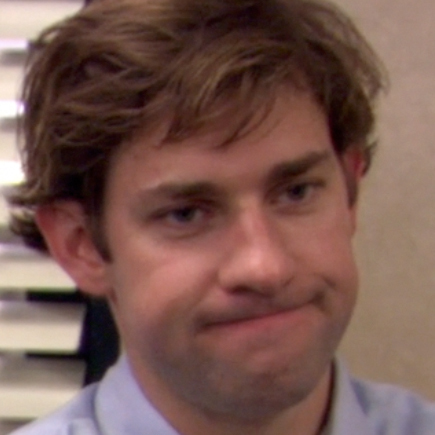