Response to LCD's why is no one sticking to KI rant

The reason is and is a very big reason imo is that there is no bridge gap between
Scrub players and players with solid foundation, the combo break system is a great mind game way to play a game but when it comes to guess breaking being a way to win for some ppl and it actually working even before my ■■■■■■■ AD comes out is just annoying as hell. Yeah u can study matchup and whatnot but u can never really know what a guess breaker is going to do when u throw out a CB and he automatically doesn’t guess then when u don’t he’s guesses it would be smart to give all characters s1 manuals so guess breaking won’t be a make or break thing ppl will have to get used to how u actually play instead of fraud inf you out .

so guess breaking won’t be a make or break thing

It’s not a make or break thing; if your opponent is guess-breaking a lot, then simply drop your AD and replace it with a counter-breaker instead to punish his predictability and continue your combo - that’s why it’s there and why it’s called a COUNTER-breaker in the 1st place! It’s there to COUNTER his combo-breaker, so USE IT!

Killer Instinct is to FG’s as Rock, Paper, Scissors, Lizard, Spock is to the OG-RPS:
(all hail Ken Lobb)

I am happy with KI sticking to its guns to be as 2-way as possible, which lends to an increase in guessing no matter the level.

If things change, we may part ways knowing we had our time.

combo breaking alone does not win fights or tournaments. Whoever is better at opening up, footsies, spacing, reading the other is more likely to win, like in other games.

A well placed counterbreaker can turn the tide of a fight, but how many of those you see in high level? Most cb’s come when the opponent is in danger move and needs to break to avoid the ultra

A well placed counterbreaker can turn the tide of a fight, but how many of those you see in high level? Most cb’s come when the opponent is in danger move and needs to break to avoid the ultra

Did you mean Counter or Combo, breaker?

OK, well Counter Breakers on the 8BBD’s are frequent enough but definitely not enough.

I believe we could play a drinking game based on hearing “Broke on the Heavy.” and to a lesser extent “Broke the Shadow Linker.” and get to not finish watching an event

Combo Breakers themselves, ya they’re used on the safe side during most matches but towards that last bit of health around “Danger,” definitely frequent enough to expect KI’s system to flourish.

My problem is when people start randomly mixing up zero-frame-insta-breaks with reaction breaks I get totally mind fucked. Especially against Kan-Ra were I have to chase him down 90% of the match and when I finally get a hit I have to worry about this ■■■■.

people quit the game because it’s not fun anymore.
kan-ra is fun like a kick in the nuts, yolo wulf makes me wanna puke, aria is stupid and so on.
when tournaments will stop hosting the game will be a funny day, because it will be the confirmation that as of now, nobody cares about KI competitive gameplay and microsoft has made all the right moves, to ensure that.
GG

I’ve never had a rant about this. I’ve only ranted about tournament entrants and PC ports. I think you’re talking about PaulB and Cdjr.

NOT IF YOU USE COUNTER-BREAKERS.

It’s sorta the same thing tho

NOT IF YOU USE COUNTER-BREAKERS 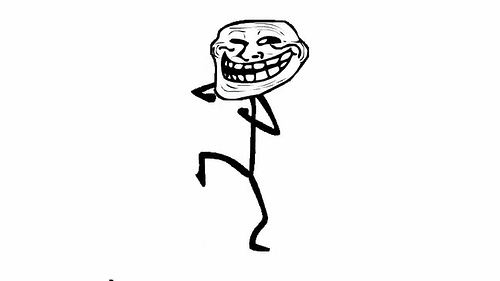 I’ve never had a rant about this. I’ve only ranted about tournament entrants and PC ports

Lol. I’ll vouch for LCD on this

As to the larger question - yes, it is possible to lose to yolo guess breaks. It is also possible to lose to wake-up ultra in SF4, or ex-spinning bird, or mash EX-dp. The real question is if such things consistently beat solid play in the neutral. I am of the mind that they do not, and I’d say tournament results bear this out as well.

Have I lost a match due to a guess break? Absolutely. Has LCD? Paul B? Bass? Cd. Jr? Yes on all of them. But there’s a reason I don’t lose to guessers all that often, and there’s a reason all of those players consistently do better in tournament than most other players - and it isn’t because we (they) just happen to guess better than other people. Those other things still matter, and there are plenty of options within the KI system (not just counter breakers) to get around consistent true guessing.

Man, the irony of making scrub allegations in such a scrubby thread…

If you’re getting consistently “guess”-broken, then you’re probably getting read like a book. Chances are your opponent knows your favourite manuals, notices that all of your linkers are mediums or that you use the same damn combo every time or that you tend to dial in a nice comfy auto double before you end your combos to stabilize your mental stack, etc. Sometimes we have rough luck in a match (like in every fighting game – what, never been perfected in Street Fighter?), but if you’re getting consistently blown up when I can tell you that a blind guess-break is a 50/50 chance of success at best, then your combo game is probably comparable to childrens’ literature, and you’re being pretty scrubby about accepting that.

The funny thing is that no matter what you say on here everything gets beat down.

The right way to get new players or make players comeback if they start a poll at various forums that are for fg in general - not just KI.

They should ask why people are not playing KI? This will include answers like its on Xbox One but there will also be many answers that show whats wrong with the game.

In the long run a FG needs a strong competitive Scene to survive that wants to play the game cause its fun.

Something needs to be done to keep people that try KI playing KI.

New and more players that stay should be the goal for all of us.

I personally hope they address the Breaker issue (i dont believe they will) just for the health of the game in the long run.

Of course there are many other Problems that got introduced with S2 that should be reverted or retweaked (like Orchid grenade, Feral Cancel, Bouncing Hail).

This is all just my opinion but i know that a lot of ex-players feel the same.