and @Dayv0 I won’t do character assignment so early. Don’t worry.

anyone wanna play KI or talk on discord?

I can hop on in a sec, just need to reconnect my ethernet cable.

if anyone wanna play or talk just hit me up

I don’t know if you know about the GGs thread, but it basically will grant you an endless matchmaking with many people here

The "GGs" Thread! (AKA The Enormous Matchmaking and Rational Beef Resolution...

Every now and then, we're lucky enough to run into someone we recognize from the forums while playing Ranked/Exhibition. Or perhaps you're like me, and have a friends list that features some folks you speak to on the forum somewhat regularly. If...

If you are up to a fight, post there and probably someone will appear!

When is the torunament taking place? I would like to join for this one

I’ll make this one for sure. I couldnt do V3 cause there was some type of maintenance going on a street over from me which somehow knocked my internet out so i went back to sleep.

Since @Marbledecker and @Crainiak24 surely will be in, only one spot left?

Tournament is taking place on the 30th of October 2016 at 4pm Greenwich Mean Time. 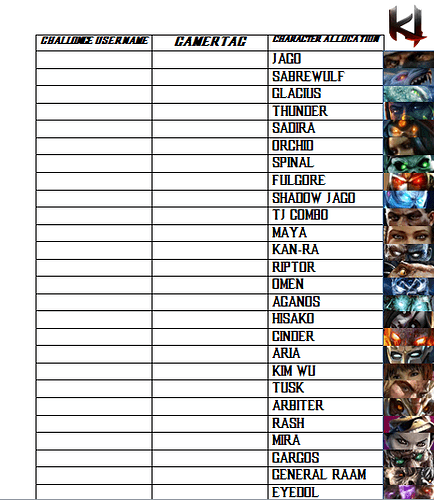 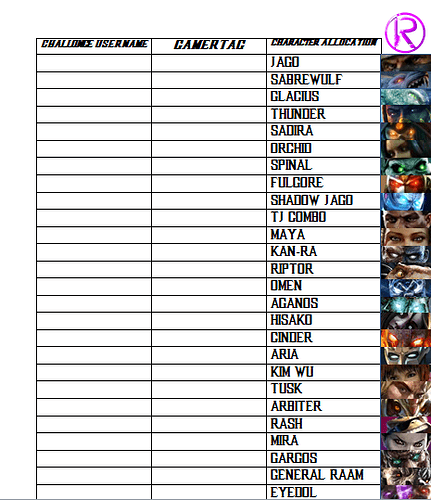 I’m not competing, just commentating this time around. I’m doing it so we always have at least 1 commentator present for any given match.

. I can do it in a different color pretty quickly if you would like.

Whaaaaaaat? Bro I wanted you to compete…

Also, did you want me to do any more logos? I can change the color, make the shading less complicated, whatever you want.

Don’t worry bro. It’s fine with the three. My friend PJ is doing an A3 canvas poster drawn on computer with all the characters on it for this series. I have to pay him a £20 after that LOOOL