What company or people would we contact to let them know the that the interest is there and that people would love an arcade perfect version of primal rage 1 for Xbox one and ps4. A new entry would also be amazing. Primal rage 2 is complete in an arcade somewhere. A version of that would be great as well.

@BigBadAndy said that the company can’t recreate it exactly because of some issues with former employees and encryptions within the original version of the game. But what I’m wondering, is what company or people is it that we should be contacting on Twitter or other forms social media ? Is it Atari that owns primal rage ? I guess basically what I’m asking is who currently owns the rights to the primal rage franchise ? It

Didn’t midway go under ?? Gotta be a Twitter account that would be involved in some way or another to whoever owns the rights.

Bloody roar and dark stalkers are some others I’d like to brought back . I know the whole capcom gauged interest on dark stalkers resurrection which didn’t turn out well, but I still think a new entry would be a huge hit if it was a quality game.

I would contact the Lawyer who is watching over the rights. Also I don’t know if I am reading it right but it may expire this October 11th.

So tweeting Atari wouldn’t do any good ? I thought at one point they had something to do with it.

They did and they got bought by Midway who closed the video game business and some of their games got bought by other people (WB bought MK) as far as the other stuff like Primal I don’t know who owns it or if it’s sitting in some lawyers file cabinet waiting to be bought. I also know someone bought Hydro Thunder because it got remade but that’s the only other one that I know of.

Alright I’ll do some research. Funny you brought up hydro thunder . I love that game !!! Im patiently waiting on a sequel to hurricane for Xbox one !

Yep it’s kind of sad to think of all the great games that are lying dormant because nobody wants to take a chance on them. Just off the top of my head I could probably think of between 15-20 games I would like to see just from Midway or Sega alone. I always thought KI was in that group and would never be made again but I was wrong luckily!

Maybe if M$ / IG bought the rights then we could get all characters from PR in KI.

I was under the impression that a good deal of the IPs Midway had were bought up by WB, because IIRC Neatherrealm has talked about bringing backback other old Midway games at some undistinguished time in the future.

I think the FGC NEEDS to all rally together and get some sort of backing for primal rage to make a return either as arcade ports of both games ( yes there is a complete version of PR2 in an arcade somewhere) for modern consoles or a full blown KI 2013 style reboot. I really think we could do it, or at least bring a ton of attention to whoever it would concern…

A new entry (basically a reboot) . With all of the characters coming back. Anyone who was a pallet swap would have traits that separate them.
i.e. Diablo and Sauron would look different form each other. Here is an example of Diablo’s look me and Jeffron27 had in mind.

Also the return of all of 7 original gods plus Slashfang and Necrosan as a final boss. and of course, New gods to play instead of the humans.

Finishers would be called extinctions like an PRII
Characters designs would be recognizable but up to date.
Faster gameplay
changes in gameplay that kept a few people form wanting to play it in the 90’s.

Also here are renders of the Diablo Model 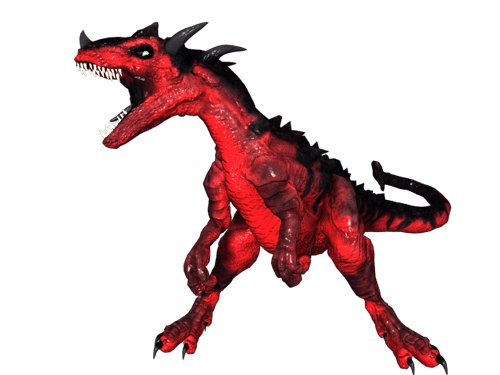 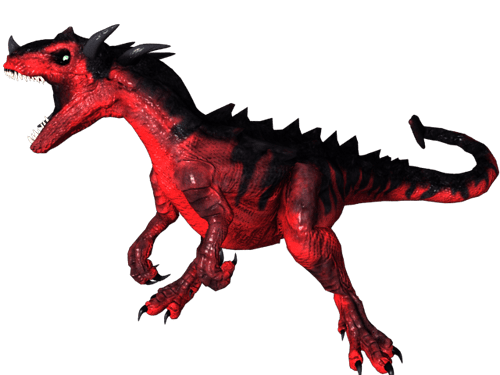 A reboot but with some special things done with it:

The characters are all godly prehistoric beasts. And the story should be retained. Though some the creatures were dinosaurs there was a special kind of feeling about the game’s story and so on. Humanity has deluded into people who worship these waring (and sentient) monsters for protection.

One thing about Primal Rage that separates it is the cast. A cast of all prehitoric monsters of various shapes and sizes. Primal Rage II took away from this when it decided to have humans playable and reduce the original gods as just side-shows.

If Primal Rage is to expand it’s roster. The devs should look into the vast rich history of Earth’s life-forms. Rather than settling on one species which by comparison to all life. Isn’t that diverse. The Avatars should still have a role though, I’m thinking as narrators for the story mode. Where they speak as if they are telling a story about the gods. An intro preluding to the fight and an outro after defeating your enemy.

So basically Primal Rage should consist of creatures from many different periods of time. Not just dinosaurs either. Creatures like synapsid reptiles. mega-fauna from the ice-age, creatures from the carboniferous era etc. Why waste time and money design a character that a million other fighting games have pretty much 100% of (excluding games like KI and Darkstalkers) rather than expand Primal Rage’s roster with millions of years of life forms to choose from and even mix and match?

That was one of the reasons I wasn’t sure if I even wanted to play Primal Rage II in the first place. umans feel like modern and civilized as creatures and wen I think of prehistoric fury they are not the first thing that cmes to my mind. So that’s why I feel the avatars should stay out of the fight.

The Primal Rage case I can imagine will retain some degree of anatomical accuracy to the dinos they’re based on. BUT with some artistic liberties. For example instead of just looking like a Sauron recolor, Diablo should actually look like an allosaurus but aspects to his appearance to reminiscent of the devil or creatures of Hell of some sort because of his abilities and the role he assumes in the world.

Best example is what @Justathereptile showed.

Characters like Sauron shouldn’t have to change too much but he should be a T-rex on steroids. In the original he was on of te most damaging characters in the game and he should terrifying to fight up close. But to keep things intereting I tink it’d be cool if he had some crocodile like osterderms on his back-side just a little bit of style added to his apperance.

Talon is pretty iffy. He has the crest but honestly jut like with Riptor if he’s completely coverd in feathers he’ll look like a chicken which honestly isn’t scary at all or even cool in my opinion However because todays tech allows for different costumes. If I had the choice. aside from a classic costume. I’d design an “elemental” version of Talon which would be fully coverd in feathers with wind motif elements like whisping winds etc. However with the right amount of feathers Talon’s modern look CAN look good.

I’d basically make the feathers of the crest go down along to the back, thinning out as it goes. The arms and back of the legs should ave some amount of plumage but stylized to give the sleek appearance.

Because this will ruffle somebodies jimmies; the classic costume will be as close as I’d be able to retain it.

Those are some examples. As for animation the devs should have fun with the character animations. Just because they are more anatomically like some of the beasts they’re based on doesn’t mean Sauron shouldn’t be able to jump.

These guys are GODS. If a human who has the powers of a god can fly, why can’t a T-rex with the powers of a god or even as a god can’t jump? Case in point don’t let the possible anatomical limits of the source material inhibit game play for the sake of too much realism. On the other hand however it’s ok for some smaller movements that are tere to look fairly more realistic visually etc. But NOT too much.

As for game play:

From what I could see Primal Rage 2 did have some improvements to gameplay. So the elements taken from there can be applied to the reboot. But obviously better balanced to make it viable for tournaments.

The other features such as Extinctions(Fatalities) and so fourth should all be there to.

As for game play I think a tag-mode would make tings great. But they won’t be a thing on tournaments so this allows players to go online or play on couch-coop and work for world domination.

One thing I think would make the story mode interesting would be that you can play it across different chapters. Plus you can choose which characters to fight. You get to select which opponents to fight first (EXCLUDING NECROSAN)

And recalling what I said earlier. The Avatars can each tell of your exploits with each battle.

One insenitive is I’d have the game offer unlockables for completing the story on the highest difficulty without losing a single match or maybe at minimum a set number. Like the elemental skins I mentioned when I brought up Talon. But that’s already alot of detail to cover.

Primal Rage has some catchy music but I do feel that the game’s music might be hard to idealy create. For example my favorites character Diablo is awesome for more than just a red fire breathing dino that makes him so lovable(but it’s still awesome to say the least) His stage and music are my all time favorites. In my playlist it’s the last song before the final battle.

I would imagine if Diablo’s theme would have a mix of cultural Aztec like themes with a hint of some kind of evil or demonic aspect to the music would make it sound great. But again I think most of the music will be no simple task to recreate. Either that or I’m just picky.

Characters like Blizzard could have that Buddahist Asian kind of sound to it with the flutes and everything etc.

Also the music for the original cast can have some additional add-ons. I think people should do more than just include the famous rifts of the music however I think at least 50 percent of the original but you can add some new parts to if you can get away with it.

Anyway that’s my two cents take that with a grain of salt if you will. Hope you enjoyed what my take on what a new Primal Rage game would look like.

They need to bring back Blizzard.

They need to bring back Blizzard.

I think all 7 gods are essential to the gam

Also here is the side view of Diablo. 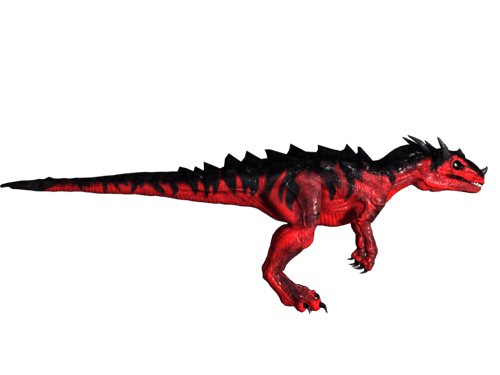