One of the items from shadow lords, Sol’s Hammer(I’m translating from Spanish, maybe thats not its exact name), has a description talking about Sol Dakuri, Babylonian General.

This is the General from Kan-Ra’s backstory for sure.

Since the item makes your attacks unblockable, this is my theory:

-Sol Dakari could be a potential new character
-As one of the cursed by the King, he will have some short of “undead” appearance, similar to Spinal and Kan-Ra
-The item makes your attacks unblockable, so if I have to guess, I would say that Sol’s moveset involves a hammer, and has an unblockable attack(think in something like Glacius shatter, but with a melee attack

I like your idea, if it can be properly balanced.

The whole general thing would be awesome, I’m kinda getting a roman soldier like character, we dont really have one of those yet.

I recall the early speculations for the S3 lineup would have some kind of medusa like creature. I still would love a creature like that.

On the contrary - Spinal has a Roman appearance.

Yeah, it’s a part of his retro - he has a golden Roman helmet, complete with red tuft, a golden armor around his waist, and a gladius sword.

Oh his retro. I thought u meant base

Nope. That I did not.

I was thinking in a zombie/frankestein monster:

Similar size of Tusk (no giant character), armored in some parts of his body, and like Frankensein, his body is formed by other corpses pieces, sice his curse its losing parts of his body by decay. Ultimately, only his hearth is his original one. He kills and steal other bodies to keep himself alive. His accessories could make him totally different, not only change his armor. His retro could be his original incorrupted form.

His moveset its centered in a unblockable opener (but very negative on whiff), and has an special mechanic which builds him the ability to make his hammer normals unblockables for a short time, but they are slow and reactables.

But they will still complains about tall character… : /

In terms of appearance and theme, you’ve basically got Eyedol.

There is always people complaining. Constructive criticism its ok, but complaining without reason, no.

I had this idea for this character, feel free to share yours!

I even consoderated a dual mace wielding dwarft, but maybe it was a bit ridiculous xD

In terms of appearance and theme, you’ve basically got Eyedol

Nah, Eyedol its more barbaric. Give Sol a more elegant and less brutal attitude, not making him a rabid monster, and use armor and human size to not make him an ogre like Eyedol. I concede that the image I used its not the best for my purpose, but I’m with my mobile and can’t search one better now

-As one of the cursed by the King, he will have some short of “undead” appearance, similar to Spinal and Kan-Ra

I have a feeling that the four cursed ones are somehow based on the four horsemen of the apocalypse:

Which means war and pestilence/plague (or conquest?) are left. Sol Dakuri might be War.

What do you mean?

Plague could be a potential wondrous creature?

Well, Sol is the Latin word for Sun, so I always just read the Hammer of Sol as The Hammer of the Sun. If anything it sounds like he may channel a more light or fire based energy through it.

Also, in relation to size, I think it’d be cool if he were a stocky character. Short (about Kan-Ra’s height) but built like a brick outhouse, kinda like a fantasy dwarf. 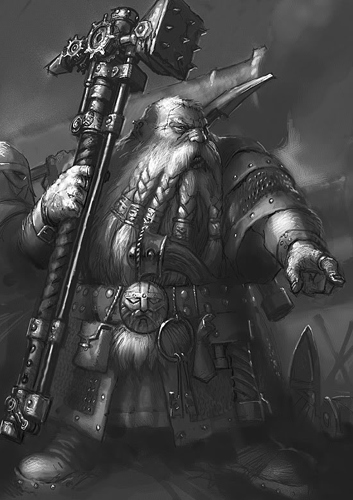 Think of him kinda like a Dwarven Cleric of Pelor, to put it in D&D speak.

Or similar to Ram Man from MOTU Well, Sol is the Latin word for Sun, so I always just read the Hammer of Sol as The Hammer of the Sun