Cannot express my disgust enough at this, the current roster is just ridiculous, and pretty much makes it near impossible for the average new player. Another one of those reasons why KI should have happened on PC from day one aswell.

I pray to god there is no season 4. I could understand more stages and more costumes but for the love of god no more characters.

Save whatever new characters for a totally new game. I am sure this company could create a different game aswell. There are some issues with this game that won’t be solved unless they create a different game aswell, its mainly visuals. For the main fighter on Xbox One its a shame how bad the animations in this game is. If you look at SF5 the animations are way better. Maybe their next game might have a better budget.

I think Microsoft could experiment with a KI vs MK or something like that. Or Marvel vs KI etc

every sf game plays identically, they had 20 years for refining animations.

Compared to most modern fighting games, even as it is right now KI still has a relatively small roster.

And SF5 having better animations? Have you seen their hair physics, particularly on the long ponytails? Early 360 games didn’t have that much clipping/jittering.

The hair in SF5 is bad I agree there were issues earlier on which was related to Unreal Engine 4 with the hair physics. But not the new Chun Li the pro tour Chun Li costume long hair is 100% perfect. They seem to have found a way to do it properly now. Also the actual character movement animations are way better than KI.

In terms of Animations SFV is world class. But I agree Ken’s hair is pure garbage, however SFV has modding so the modders have already released all mods to fix these problems. Like the Ken Mod Head Fix.

I much prefer KI’s graphics the stages have better details in textures and its Gritty aswell. But in terms of Animations, somehow Capcom has world class animations it really feels AAA. The KI animations are kinda terrible but its not a deal breaker.

Cannot express my disgust enough at this,

I can understand that a ton of complicated new characters in the KI engine is hard for beginners to learn.

But “cannot express my disgust enough” for new content in a fighting game is a new one, for sure.

KI has a somewhat modest roster, MK has what 30+ characters with 3 styles to each? I don’t even want to try to count the roster for SFIV. I hope they make another two seasons of eight+ characters just to make you squirm. The “average new player” is going to pick up the game, find a few characters the like from the wide variety and start playing, not expel their lunch on the table when they see the lineup.

I’m a new player to this game, and I love that there are so many characters to play with. It gives you a wider opportunity to explore the game. And the more you know about the other characters, the more you are able to read his/her moves and fight against.

And last but not least. It gives you more than just few characters to know. And difficult to deal with in competitive gaming. You really need to think this wider than just in a regular gaming basics.

KI still has a small roster compared to other games. If someone sees 26 characters and thinks it’s too much then fighting games aren’t for them.

Indeed, the days when 26 was a huge roster went out when Mortal Kombat Trillogy, Street Fighter Alpha 3, and Marvel VS Capcom 2 hit the scene about 15 or so years ago. 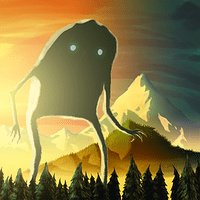 Please stop adding more characters to this game you are making it impossible for...

KI still has a small roster compared to other games. If someone sees 26 characters and thinks it's too much then fighting games aren't for them.

I so agree to this. I play games, where there is more than 100 characters. Try to study their moves and stuff.

And I’m 100% certain that they are doing everything in their power to make sure that the animations, and graphics, are the best that they could be. If it were an issue, then they would have fixed it. They have before in the past. They’ve refined TJ’s and Maya’s animations after they were released and added nipples to Jago. They tweaked with Shadow Jago’s chain during the character select when it was clipping through his chest. In Season 3, they gave Hisako a new Counter Breaker animation to differentiate it from her normal counter.

Most of what I’d’ve said has been said already in a roundabout manner. However,

I think Microsoft could experiment with a KI vs MK or something like that. Or Marvel vs KI etc

Experiment? With big-name third-party licenses like MK and friggen Marvel? Well I guess everyone at Microsoft is wiping their arses with hundred dollar bills, so why not?

I agree with the title and that’s about it, I guess. So again another conclusion I agree with but with zero arguments to back it up. Happens to me a lot on this forum lately.

“Disgust” at having to learn? I’d be more sympathetic if KI had a bigger roster but 26 isn’t THAT many.

It doesn’t make it anywhere near impossible for new players. Before this, the only fighting game I ever played was MKX. Against the AI (because its PC net code is dog plop). On “normal” difficulty. I bought KI when it released for PC on March 29th. I’m at Killer rank, now.

I’d hardly call this game impossible, is what I’m trying to say. It’s just hard as everloving Hell in the very beginning. Play through the losses and master one character at a time. Anyone can get good.

Big roster? Had you ever played KOF or any MvC series?

Nobody will be able to master all the fighters (unless the guy is a genious), but if the player just learn the basic he can play with everyone. I’m a new player, in less than two months i got used with two fighters and I’m trying to insert a third one on my cast just to have options against an enemy that my main have trouble to win. The knowledge of the basics from every other that I don’t play came from history mode, it’s like a weakend run to finish s1 and s2 history mode on easy and learn the basics from almost all the cast.
The basic mechanics? Do a run at DOJO, somethings are hard to learn, but most of them are easy and will make a huge difference on your playstyle.

In short words? Do the dojo trials, complete story mode and you will be ready to start the fun at ranked.

Yeah, I’ll go ahead and agree with every single post in here.

The roster isn’t oversized, especially compared to a huge portion of fighters that preceded over the last 25 years or so. Any KOF, MvC, MKX (by a stupid margin), SF4, even SFAlpha. If you’ve never heard of fighting games before, maybe you’d have a leg to stand and a shoulder to cry on. But you acknowledge both MK and MvC, which have the largest rosters in fighting games, full stop, and are therefore self-invalidated.

Also, I was just playing SFV yesterday, and must say you are wrong about the animations being better. That game looks like they teamed up with Clayfighter. If you also spend a lot of time playing with dolls (not Shadaloo, but Hasbro), I can understand how they look super duper incredible, but better than KI? I think not.

Either way, that last point is totally subjective, so everyone’s opinion on aesthetic will always be wrong (mine included). Fun chat, bud!

I’ve been thinking about this, and one benefit of S3 being the last new-character season for awhile makes me kind of agree with you (even if my reason is different than yours).

IG have a history of introducing characters, then adjusting them after release. Maya, Fulgore and Rash are three characters who were probably adjusted the most. If I remember correctly, everyone HATED Maya’s existence during S2, because she had some seriously OP tools at her disposal.

Eyedol is looking like one such character in S3, so far. I’m watching streams hosted by people who lose their fair share of matches regularly. When they play Eyedol, it’s win after win after win for them. My own play sees something similar. Other matchups I can win. Even a week after release, Eyedol has me something like 7-3.

So, if they stop releasing characters, they can focus on balance, and we can stop having the periods of “OMG WTF is that!” when they happen to release characters on the powerful side of things. That will be comfortable, I think.

If you don’t like a large roster, then stay away from Tekken Tag 2. It has 59 characters.

No one said you need to learn to play the whole roster. Now as far as not adding new characters, I say no way. I want as many as they will make for KI. I am sure even mist of the new players feel the same way.

Nope, you are wrong on every point.

And the fact that you think this roster is too big, AND THEN say to make a MK v KI game. You do realize if they did this, they would have to start with a roster of at least 26 to include just the fundamental characters of each universe.