Something is definitely wrong. I just played today at lunch and after work. Ranked…I reset my rank to work on using Kilgore and not get murdered in Killer tier.

Well I landed in Gold after qualifiers.

After work 7 matches ALL 7 KILLERS and 3 had stars.

One jerk off even didnt fight at all the first match, let me perfect him and then tried to be a total jerk the other 2 matches. I damn near beat him too. PMS OMNI or whatever. Fuking jerk off

Anyway, IM not scared to fight Killer or star players but they dont have to be jerks about it and 2x ultra and tea bag or play around to make you look bad. I just want to play and have fun.
I swear man every day I get a hair closer to not playing online.
Oh and 75% of them feel the need to send a message saying LOL, or laughing emojis or whatever.

The matchmaking doesnt work right…there is no doubt about it. You cant tell me there are no GOLD players playing in the world right now.

Omni is actually a great guy. If he’s never played you before he’ll test you to see what you can do. If you give him an inch though, he’ll murder you.

If it makes you feel better, I just beat his RAAM twice.

But I agree the Ranking system is broken. It’s not even trying.

Id much rather have fought his Raam than his FUlgore. IM not scared of Raam at all.

I’m legit not even gonna get started with G0tei. Last time I did I got a 3-day ban. And fyi, I have. It ain’t pretty. But said Sadira player fought through the lagfest and still won. Props to them. So, lag doesn’t make an easy-win set v. Sadira. The true online warriors fight through that stuff and get all their stuff going regardless of connection environment.

I’m genuinely suprised by all these ranked accounts of things happening. I spend a good majority of my playtime on ranked and hardly see the things you guys have described here.

I wonder if time zone has something to do with it. When I play during the mid afternoon, I usually get great matches like you or other contenders that are at equal or better skill.

When I play during the later hours, I find myself being challenged by a plethora of pro-starred players. I can’t say for sure about lag switching on my end but maybe some ddos like activity?

What’s your area @oTigerSpirit? Mine is in NYC, so I do everything by eastern time.

I’m in the west, Colorado. Timezones aren’t that far apart.

I rarely run into a DDos, but I do see lag switching here and there. Lag switches are generally easy to make and don’t really require any networking nohow.

I only had one person lag switch last night, so as a whole it was pretty decent.

Lagswitching Rash? Lord let it be over quick.

Yes. Lagswitching Rashes are the worst. One time, I was about to do an Ultra but it just froze and made me drop the combo. The Rash proceeded to do a juggle on me. I was about to break his light punch recapture but then it lagged and I got timing locked out. This cost me the match.

Sounds like my daily online routine followed by me screaming …“THATS SOME BULL SHEEEET!!!”

It is real quick… I don’t like Rash to begin with, and if the player is lagswitching, I quit the match and report the person.

I don’t give them the time of my day.

Is there anyway you guys can record this using an external device and post it here in case it is a huge issue?

Sadly, I can’t and if I try to record it via the game DVR, it just shows random stuff happening.

That’s why I suggested an external device, even if it’s a phone so you see how the match truly is.

So you want me to try and play the game and record everything with my phone at the same time? O.O

The only real way is to get one of those higher end recording card things. As it is recording live video.

If you can, if possible I mean. There really isn’t much footage of lag switching for Killer Instinct, so it would be good to see it if someone is able.

It would be next to impossible to grab my cell phone and film it as it’s happening.

A lag switch isn’t a laggy match, so it isn’t something that you’re going to expect. The only way to truly record it is having an external recording device and record several matches with the hopes that you’ll catch a lagger.

I CAN go back into my archive and pull a match where a lag switch was used. The match itself looks perfectly normal, until the other player is about to lose. During the matchup, I experienced a huge spike of lag which caused me to drop my combo. I was no longer able to block, and I kept getting counter broken even though I wasn’t pressing anything. It just didn’t make since.

What you see on screen from the recording is the match playing like normal and then suddenly my character just stands there doing nothing while being beaten to death.

Me when I run into a lagswitcher: 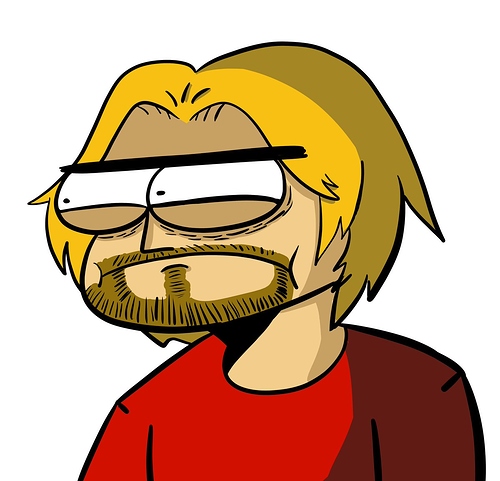