I hope something is offered, heck even a 10-50% discount on the physical copy if anything. Doesn’t even have to be the exact same thing they get just something to suggest that they value the support we have given them.

I don’t much mind other way, but it would be a way to meet in the middle and show their gratitude for the community.

I am gonna stop you right there, I knew they would release a package deal of the seasons, ALL COMPANIES do that with almost every game. That isn’t the issue here, the issue is the exclusive content, who could have guessed that they would release a disc that had exclusives that only that disc version would have access to. Most games don’t do that and having everything in a bundle is enough to sell it. There is a reason a lot of games don’t pull things like this, and its because it wouldn’t be met with praise, people would be furious.

You don’t need to stop me right there. You don’t have a leg to stand on. Exclusive content or not, you have absolutely zero idea what sort of complete, definitive, game of the year, ultimate, maximum over-saiyan edition is going to come down the pipe and what it will include. If you don’t want buyer’s remorse, wait until there’s absolutely nothing else to be decided or announced and then purchase. Otherwise, accept that you paid money for something that, at the time of your purchase, you were perfectly willing and compliant to purchase.

Hindsight is 20/20. Don’t act like an entire community is getting shafted because a group of consumers don’t understand that.

Exclusive content for a three year old game is not something most games try and do, for good reason. That is all I am saying.

BLOWS WHISTLE Foul on the play. Too savage. Ten yards back. 3rd down.

Exclusive content for a three year old game is not something most games try and do, for good reason. That is all I am saying.

And once again, that doesn’t change anything. Most games also don’t release continued content for three years, actively support tournaments for four plus and manage to make an exceptionally balanced and deep game. Doesn’t mean it can’t or won’t happen.

Exclusive content for a three-year-old game? Either get it or don’t get it. You can try to justify your eventual decision however you like, but let’s not pretend this is any deeper than you don’t want to spend $40 on exclusive content.

Okay, so you don’t get where I am coming from, or my valid concern. That is fine, but an upgrade path would be nice, that is all I am trying to say. More options never hurt anyone. It will make people that were day 1 supporters happy and get Iron Galaxy even more money. Also, while I don’t like the multiple preorder bonuses, its nothing new.

No no, I get it. I just think you’re being naive.

An upgrade path would be nice and I wholeheartedly encourage it. But it’s not something that we deserve or is an obligation on their part. Day one fans of the game should’ve known what they were getting in to because the idea of more seasons, more content and more things to purchase were made clear since the beginning.

I hope it happens, but I seriously doubt anyone thought they were going to release a disc version with exclusive content, had I known something like that was going to happen, and there is no way I could have since most games just release versions with all the content that is already out, not extra content, I might have done things differently.

That’s hindsight and buyer’s remorse, bud. It happens, but it ultimately comes back to you. Up till this point, you were perfectly content with your decisions and usage of money. The fact you made those decisions willingly, and likely happily, hasn’t changed. You just have to decide how you feel about exclusive content that is neat but not necessary for a full, fighting game experience. Base, F2P game download and the $1.00 deals for all the fighters would cover that.

People expected an extra or two. Just not $20 worth’s of extra content for $20 less then the supreme edition.

But for the people who are already planning to buy it again purely for the disc copy, its an awesome deal.

OK enough of this. You post like a broken record, the same ■■■■ everywhere, regardless of topic. Do they not teach Economics and Marketing in schools anymore?? 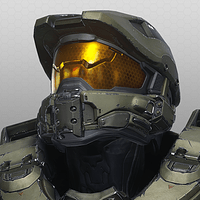 New Character to be Revealed Tomorrow during Top 8!

Glad to see this, might be the last KI thing I can get excited for though considering how they have proven that being a day 1 support makes it impossible to get all the content without paying for stuff you already paid for/

This in the thread talking about the character release tomorrow. You could have stopped at “excited for” but felt the need to express your already over-represented opinion there too.

And besides that, I have not seen you reply to anyone who tells you to wait like a normal person. I’ve said it to you twice myself, @SithLordEDP did it in this thread, but you only choose to reply with the people who try to make you understand why. This is troll behavior, whether intentional or not.

This is more of a request to you really. Please stop and have patience, this DE doesn’t even release until September, and you can be damn sure if there is an alternate way to get the skin, it won’t be announced before they are satisfied with the sales of the edition it is supposed to be exclusive for.

Have you thought of tagging James Goddard, Rukari, Adam Isgreen or anyone from Microsoft? Iron Galaxy has no control over any of this so no need to ask them. Maybe a polite message to Rukari just asking the possibility of your idea could go a long ways and maybe even the answer your looking for is already in the making?

Worth a shot instead of directing it to everyone in the forums that cant do anything about it except either agree with you or criticize you.

I personally agree on both sides…yes there needs to be an Upgrade path available or the non game items available for purchase individually and I agree that if you want it, you have to buy it.

I dont want to have to buy the game just for the skin, but if that’s the only way then I guess I will have to. I already have everything else they are offering.

James Goddard is really cool and helpful…he may be able to shed some light on the subject.

What are their names so I can tag them, I hope they can do right by us and anyway I can make the right people see it is going to be good.

Here you go… I know they are probably busy this weekend at EVO… but they are really good about listening to the community.

Please consider some sort of upgrade path to make things right for day 1 supporters. Thanks