New Killer Instinct Not In Development (For Now)

Fellow KI fam, I’m afraid there is bad news today. Even so, it doesn’t mean we have to give up hope. 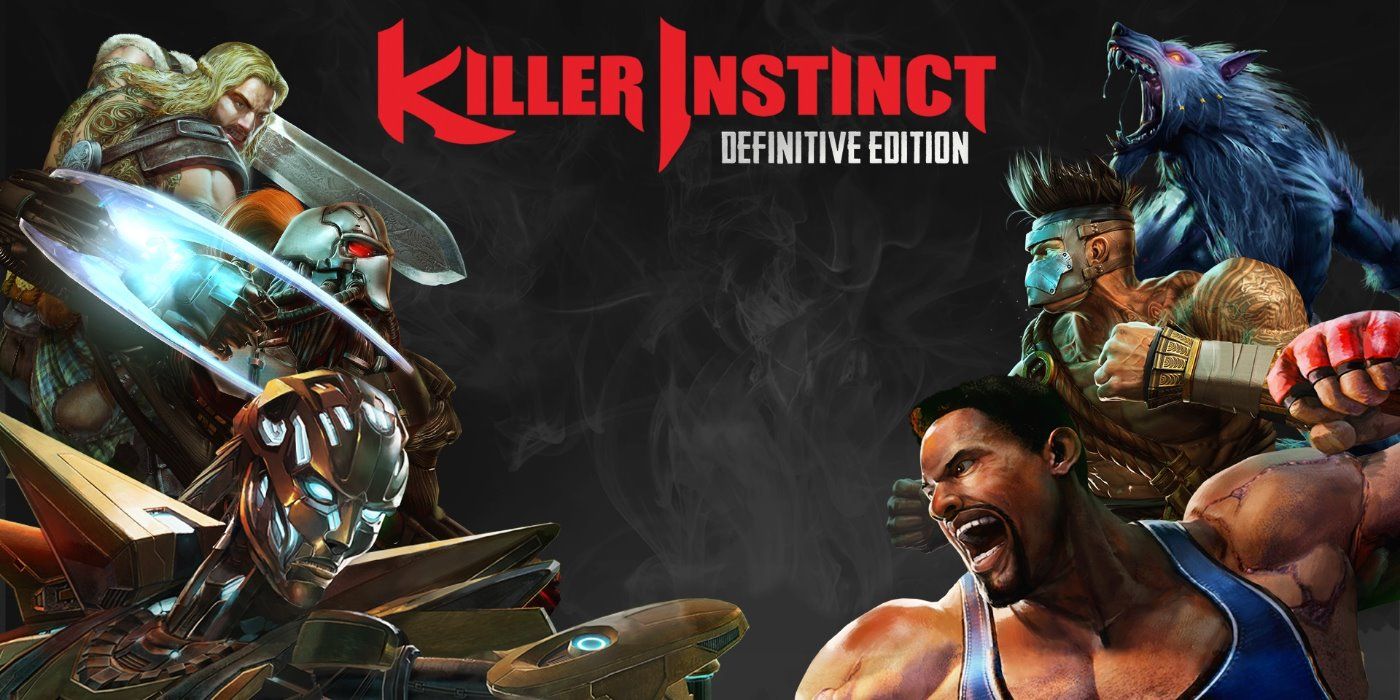 New Killer Instinct Not in Development for Xbox Series X

Despite the rumors pointing toward a potential Killer Instinct sequel for the launch of the Xbox Series X, one developer says that's not happening.

The only thing this really confirms is that Iron Galaxy isn’t currently working on KI. I wouldn’t read anything more into things than that.

That headline is misleading. It’s just about a response by Keits on Twitter where he says Iron Galaxy’s next game isn’t a new KI.

This doesn’t even confirm that IG isn’t working on a new KI. Just that Keith wasn’t talking about KI when he tweeted that he’d really like to share what IG’s next project is. This is a nothingburger article. And I’m one of the people who doesn’t think a new KI is in development.

As far as I know we could get a new KI in this generation/ Though not quite yet.

It kinda makes sense that a new KI wouldn’t be in development. @TempusChaoti was kinda the driving force behind KI getting brought back and now he’s the Creative Director on Age of Empires. I mean, that’s not to say that someone else couldn’t spearhead the sequel on the MS side, such as @KRAKENJIMMY.

But reading the tea leaves… I dunno… I’ll be really surprised if we see anything from this series again for a while, which really bums me out. This was one of the best games MS released this generation, and like so many other Xbox exclusives that I’ve enjoyed since the OG Xbox came out, I’m guessing it’s going back on the shelf for who knows how long.

That’s not a shot at anyone that worked on this game by ANY means, of course. Just some general sadness over the way MS handles so many of their IPs not named Halo, Gears or Forza.

I’m not saying that this alone would prevent me from buying a Series X, but for all of Microsoft’s talk about how they listen to the fans and the know we want sequels to dormant franchises along with new IPs, I’m really not seeing anything on the returning side that’s making me want to buy this new system.

I know. I sound like a drag and I’m being WAY premature here. No question. I’ll wait until E3, of course. I’m sure they’ll unveil a new Fable, a new Motorsport game, we’ll see more Halo, and probably several other projects… But it’s kinda hard for me to want to invest in an MS console anymore when they just keep leaving the IPs that I buy their consoles for in the dust.

You don’t sound like a drag to me. You sound like someone looking less at what MS says and more at what they do. And the talk is always great, but the products are not there. I am having a hard time getting enthusiastic over the Series X as well. I think it’s going to take some pretty exciting announcements to get me to bother and Senua 2 isn’t it. I beautifully rendered “interactive experience” that’s kind of got some gameplay isn’t pulling me in. I think it’s more than a bit ironic that a game that really didn’t scream out for a sequel is getting one while so many of their IPs are not. And then you look at something like Battletoads. The original game that people pretend to love even though they probably never made it past the turbo tunnel probably took two months to make. Rash came out in what 2015? Battletoads was announced at E3 2018? And still no game.

I really hate to be negative. But as it stands I’m an Xbox user because of momentum more than enthusiasm about the future.

MS’s new studios were never likely to do anything that didn’t fit into their background, at least right off the bat when they have successful recent IPs to build off instead. It does make you wonder how much MS is thinking ahead about this, though.

You sound like someone looking less at what MS says and more at what they do. And the talk is always great, but the products are not there. I am having a hard time getting enthusiastic over the Series X as well.

It’s a bit of a strange thing for me. I’ve been an Xbox fan since the first one launched and I’m looking forward now and seeing a generation where, yet again, many of my favorite IPs from past generations will be left in the dust. KI made me buy day one, but if KI’s on the shelf again, then it would seem MS’ commitment to the genre is going to be even worse than it was this generation. They’ll just rely on 3rd parties while ceding multiple exclusives to Sony.

They basically did that in the single player, story driven action genre. Stuff like Uncharted, Horizon, Spider Man, etc… Yeah I mean it’s just hard to look at MS and even their studio acquisitions and not think “what are you guys doing?”

Again, I really hope E3 turns out well for them and we get a whole litany of great surprises. But I’ve said that too many times in the past, only to see them give maybe a game or two that could turn out okay and a bunch of stuff that fails to move the needle, but at least they have Halo right? Meh…

LOL sorry, again I know I sound like I’m really in the dumps prematurely here. I just worry about what they’re doing, what they say they want to do, and we’re actually going to see. I shouldn’t use the past as so much of an indication, but when that’s all I really have to go on, well…

If they announce a lot of great games that’s great for everyone. But I’m thinking I might pick up a PS5 since Sony is following the backwards compatibility bandwagon, and finally get to play Spider-man. It’s great that they finally made the controllers backward compatible, but I don’t even dare ask what that means for fight sticks after the fiasco that is the Xbox One fightstick which doesn’t even work on PC and can’t even control apps on Xbox for no discernible reason.

Xbox One fightstick which doesn’t even work on PC

Lol! Yeah the XB1 KI fightstick is still pretty much unusable outside of KI without an adapter. Between that and the “haptic” button that doesn’t do anything it really is a wonderful mess.
At least the buttons light up.

I really hate these clickbaity articles that have less substance than a watercress breakfast. It doesn’t even confirm IG are working on a new KI or not. It’s straw clutching on a tournament sized scale.

The game did well enough for MS to invest two whole seasons and additional content after that, sure it probably didn’t hit Gears or Halo numbers, but it did do well enough.

My personal feeling (unless IG say otherwise) is that there will be a new KI at some point but I don’t think IG will be the developer.

We may never know for sure. But as long as we have folks who have experience with the game, I’ll be fine with it. Does that mean the next game would be better than the recent one? no, but they look like they know what they are doing. Even if a new team comes in I’ll give them a chance and see how things go during the course of the games development.

The game did well enough for MS to invest two whole seasons and additional content after that, sure it probably didn’t hit Gears or Halo numbers, but it did do well enough.

My personal feeling (unless IG say otherwise) is that there will be a new KI at some point but I don’t think IG will be the developer.

Microsoft, to put it bluntly, has mismanaged several franchises (and studios for that matter) since the early days of Xbox. Some of it has simply been studios wanting freedom or whatever, but the results are still the same. MS had Bungie at one point. They had Lionhead. They had FASA (Crimson Skies, MechWarrior and Shadowrun). They also had Remedy, Bioware and Sega making games exclusively for them. That’s a LOT of talent lost, a lot of IPs lost, and a lot of exclusives lost.

They own the studio responsible for Banjo, Conker, Kameo, Killer Instinct, Jet Force Gemini, Wizards & Warriors, Battletoads, Viva Pinata, Perfect Dark and tons of other stuff and instead of working on any of these good to great franchises, MS has had them working on an MMO. Before that they did Kinect games.

Not trying to trash talk Sea of Thieves. Also not trying to say that every studio HAS to only make sequels to games they’ve made already. But I’m talking about franchise management. MS knows that they have IPs that have fans and yet for years they’ve let those IPs either stagnate or whither on the vine. We get Gears of War, Halo and Forza until getting them feels like less of an event than it should be, meanwhile Killer Instinct took 20 years to return. We’ve had one Banjo game. One Perfect Dark. A Conker remaster. And this is just Rare.

So here’s my point… My faith that MS will bring KI back is waning. Instead of Phil Spencer or Matt Booty or whomever saying “wow, Killer Instinct was a great game, let’s make an internal studio that works on that franchise” or at least contracts with Iron Galaxy or another studio to make sure we keep this momentum going, Adam Isgreen is now Creative Director at the Age of Empires studio.

Maybe that’s what he preferred. Maybe he did what he wanted with Killer Instinct and now it’s off to new adventures. But it could very well be telling that losing arguably the biggest KI proponent within Microsoft to another studio doesn’t bode well.

You put it all together and I dunno… I hate to be too pessimistic. I want to be excited for Series X and I’m certainly not writing it off yet, but I’ll be very surprised if a new Killer Instinct is announced any time before Series X releases. Same goes for all those Rare titles I mentioned and many other quality, dormant MS IPs.

I really hate these clickbaity articles that have less substance than a watercress breakfast.

I personally find it best to read/pay attention to sources I actually know and trust, instead of reading every article or watching every video every Tom, Richard, and Harry post.