According to an apparently reputable source, a new KI game is now in active development :
https://www.reddit.com/r/killerinstinct/comments/q9py71/rumor_mill_has_started_next_iteration_is_in/

Hopefully true, though of course, I’d take it with a grain of salt.

According to an apparently reputable source, a new KI game is now in active development :
https://www.reddit.com/r/killerinstinct/comments/q9py71/rumor_mill_has_started_next_iteration_is_in/

I’m taking this with a grain of salt.

Everyone is always reminding you to take it with a grain of salt. I’m here to remind you to use pepper. You want to have a well rounded flavor pallet on your rumors and leaks.

So far we will just have tow ait and see. I know my brother is nervous about who the developer is.

I hope so. I loved playing this game during S1 and S2. It is time for a new version, get some new players into the mix, and bring back some old ones.

I’m kind of skeptikal. I do hope they get it right, but I’m still uncertain.

I really don’t believe any rumors as they exist. I think a new KI will come eventually. But I don’t give credence to any rumors.

As do I. The only way that I can believe it is by something official.

I’m kind of skeptikal. I do hope they get it right, but I’m still uncertain.

Here’s hoping they do.

I really don’t believe any rumors as they exist. I think a new KI will come eventually. But I don’t give credence to any rumors.

True. Still, one can only hope. The worst that could happen, though, is if Microsoft just either locked KI away for another 20 years or so, or not even bother doing a sequel, just letting the series lay inert like so many other titles before like PR.

This made my heartbeat move up a notch, even though I didn’t even pick up that grain of salt/pepper. Hope is always strong though. It sort of worries me, if anything.

Yeah because we will never know whos gonna work on it. 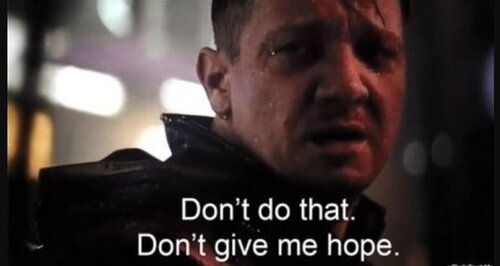 According the to the source (XboxEra Podcast), it seems sure. I’ve seen also someone who used to be close to Microsoft say on Twitter they’ve been hearing the same thing. Anyway according to the guy on XboxEra (Nick), he knew about this project a year ago, but it’s now in active development, which means Microsoft probably found their partner (developer).
But yeah, it’s just a rumor so far. Maximilian was on the podcast chat, so he’ll find out what’s what.

Yeah, and we will find out soon.

To add to the rumor mill (gotta keep the wheels turning), I found this October 13th thread by someone who claimed to know a new KI was being developed. That person gave more information (all rumor for us, of course).

And the most pertinent question goes to : “Will sabrewulf have a malformed head again or will he be hot”

4Chan is definitely something I’d take with a grain of salt, pepper, and vinegar.

Anyway, should this be true, I wonder if it’ll be on Xbox One as well, or just Xbox Series and PC. Xbox Series consoles, well, Xbox Series X more specifically, are still very hard to come by.

Because of the price?

Here are some other details:

“> The Dev is Rare and the game isn’t 2D. It’s going to be a multiplayer arena fighter.
>>574391496
The characters are rebuilt, since it’s a completely different engine. Characters will be using their same moves, but the code is different.
>>574391718
They’re inspired by arcade. Some of them have original designs”

Of course, it’s possible these are just rumors, so a grain of salt should be given.