As much of a fan I am of the “Dead Space” series, I can’t help feel a bit worried. On one hand, it’s awesome that “Dead Space” could make a return, but on the other hand, I’m worried because of EA being…well…EA. What do you guys think?

EA was behind the original games, as well as System Shock 2, so we’ll see how things go if this does happen.

Yeah, they were, but they weren’t as notorious back then as they are now.

For Dead Space and they’re sequels, yeah they were. People hated on EA then as they do now.

Back when System Shock 2 was released, yeah, that was a different story.

For Dead Space and they’re sequels, yeah they were. People hated on EA then as they do now.

For 3 they were, but I don’t think that was the case with the first two games (which were awesome).

Dead Space and Dead Space 2 were very well received games, but EA was still thought of very, very negatively at the time.

Dead Space Remake In The Works At EA Motive (kotaku.com)

But will Isaac talk this time.

That is an interesting question. Personally I hope that they don’t, or if they do, they keep it to a minimum, perhaps as inner dialogue. The thing that worked so well in the first game is that, even though silent protagonists are a dime a dozen in shooters, FPS games especially, I think it worked well in the context of “Dead Space”. In some ways, I kind of see “DS” as the thematic counterpoint to “Bioshock” in that it presents a very nihilistic world where the concept of free will is sort of treated as a black joke and with Isaac being this seemingly emotionless robot who ends up at the mercy of dangerous people and horrible powers beyond his own conception. One big hope I have, though, is that the remake preserves that sense of tragedy; in the original games and related media, tragedy was an inherent part of DS’ identity, if not one of its defining features compared to other survival horror series. There were so many areas in the Ishimura that told stories about its crew, of loss, insanity and sadness. Granted, while some horror games like “Resident Evil” had slight elements of that, generally speaking, however, they weren’t as defined or as charged in comparison, not as much as DS had (although “Silent Hill” comes close). I also hope the remake is as scary as the original, if not scarier - every time I play that game I’m always freaked out, just because of the excellent ambience and that unnerving sense of something constantly behind me.

Probably in the darker grey areas, if not black, just because DS’ universe is so cold and nihilistic.

Trailer for the “Dead Space” remake has just been released! 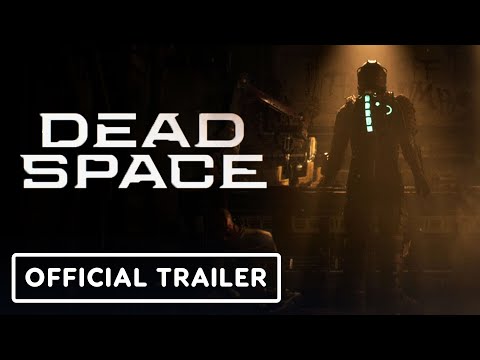 The fact it won’t have microtransactions is encouraging, although I do have to wonder, though, just how can they improve upon the original game. I mean, in terms ambiance, graphics, visuals, soundtrack and atmosphere, the first game holds up very well even to this day. I’m curious to know if the Brutes will return along with those tentacle-dragging moments. I think one possible way is if, perhaps, along with the main campaign being preserved, is if it were to throw in new elements. Like, maybe a chance to see what happened with certain characters like P-Sec Officer Sergeant Abraham Neumann from the prequel comic (I know there’s an audio of him in the first game, but we never actually see what happens to him). Maybe new characters/creatures, if not making the combat itself even more gnarly than the original’s with Necromorphs not just being dismembered limb by limb, but by tearing straight through their entire bodies or something, allowing one to see even more of their messed up innards? Maybe certain Necromorphs could reveal new gameplay elements when they’re in such a state, kind of like the Divider? 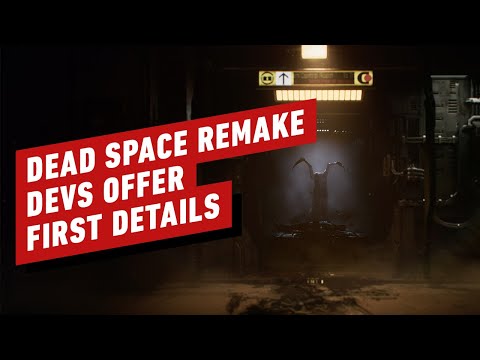 Oh yeah, you can definitely see EH’s influence in the Ishimura’s design. The original premise was also going to be more along the lines of “Escape From New York” but in space, with players taking on the role of a convict as they try to escape. That aspect was dropped in the original, but the creators of the original DS games are now revisiting that idea with “The Callisto Protocol”, which is a kind of spiritual successor set in the PUBG universe.

Player Unknown Battleground? But why though?

Dead Space also had huge System Shock 2 vibes going on, and felt more like a spiritual successor to it than BioShock.

Dead Space also had huge System Shock 2 vibes going on, and felt more like a spiritual successor to it than BioShock.

As matter of fact, I’ve noticed there are fans who have basically compared Dead Space to BioShock

Dead Space also had huge System Shock 2 vibes going on, and felt more like a spiritual successor to it than BioShock .

Oh definitely! There were definitely elements from “System Shock 2” and very much felt like a spiritual successor. A worthy one, to be sure.

As matter of fact, I’ve noticed there are fans who have basically compared Dead Space to BioShock

There are similarities here and there. Two very awesome games near and dear to my heart.