New Combo traits (what could be done?)

So, each character has a unique combo trait specific only to them. However, I feel like they have done so many that there might not be a lot left to choose from. So I wonder, what combo traits can YOU come up with (try to think of something that hasn’t been done yet)? As an example, One new combo trait could be “performing a blowout with this character provides either health, meter, instinct, or nothing (it would be random which is received)”.

I think Tusk will have a “PARRY” move. I was doing parry’s on KI 2 with him the other day. Fun stuff!

how about a combo trail that take away their instinct?

id say our vampire queen should have that one 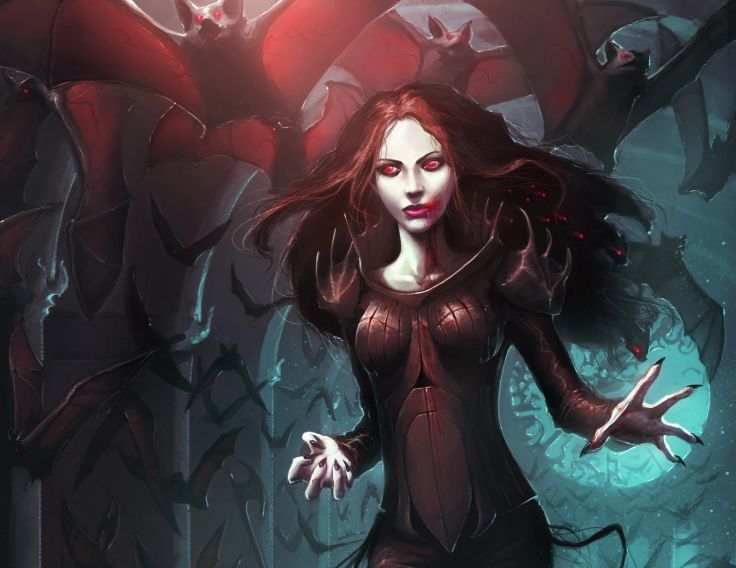 Nice picture, but that doesn’t sound like a combo trait to me…

How about an around world type combo trait; where instead of gaining instinct, the player drains the opponents instinct or shadow meter

Sorry, but I was looking for stuff that’s entirely new, not Giving different properties to an already existing combo trait.

It will depend on what sort of characters the devs have cooked up for us. They’ve surprised us before with things like Aganos’s walls/chunks, and ARIA being able to switch bodies on the fly. I think there’s still options we haven’t quite thought up yet.

How about a poison/bleed ender?

Your character has one special ender that puts a poison status on the opponent (or bleed status for a vampire or sword wielding character). This ender does no damage or minimal damage but will turn a portion of the life bar purple (basically a white damage, but purple).

When an opponent has purple damage two things happen: 1) he gradually loses this purple damage as real damage, so it’s a poison/bleed effect. 2) while he has any amount of purple damage he can’t combo break the next combo after this ender.

I don’t know if it would be too powerful (or even too weak?). Some limitations could be imposed. For example this poisoning ender must cause a direct soft knockdown - no air juggles or any other form of directly continuing the combo after the ender should exist so you MUST open up the opponent again similar on how devastation bean is balanced now. This will keep players from getting free unbreakable combos after this ender followed by an air juggle. One other thing, if this ender is broken in an opener->ender situation the purple bar is gone.

If blocking break attempts is too powerful this can also be reworked. Instead of blocking combo breaks the opponent can combo break as usual, but while he has any amount of purple damage, if he gets locked out for any reason (including counter breaks) the duration of the debuf is increased (opponent gets more purple damage). If he continues to get locked out he’ll eventually have all his life bar purple and will die by just standing there so he now HAS to be super aggressive to try to take you out before dying. If you lose your first life bar all purple damage is removed (and obviously if you lose the second life bar you lost).

A better suited trait would be life regen if you ask me.

Isn’t that what Cinder does already? You basically bleed your life with Cinders flame ender.

Galatic how iant that a combo trait? jago gains my vampire takes away…

How is that any thing other than a combo trait lol

No, Cinder makes you bleed white damage. If he can’t cash out the damage you’ll eventually get it all back.

What this would do is make you actually lose health over time. Also white damage goes away if you break the next combo while this bleed effect is permanent, the only way to avoid the damage is to win a round.

That’s why contrary to Cinder effect that increases white damage over time, this ender puts a fixed amount of purple damage (based on the strength of the ender) and it decreases over time by turning into real damage.

When Eyedol does a combo… the um… longer your combo gets… they um… the uh… moves are faster and… and have extra hits… and are harder to break? Like a mini-gun winding up… he starts off slow and eventually hits faster and faster the longer you keep your combo going?

What if someone gets a move that is triggered like orchids/ sadira but instead of a projectile it’s a trap move that makes hands pop up from the floor and grab your opponent and hold them there for 2 sec or so.

I understand what your saying, And I like the sound of it. However, I wouldn’t think that having the purple damage should debuff the opponent any more than loosing life. Blocking combo breakers and giving extra punishment for lockouts doesn’t seem necessary.

The problem is that if the only consequence is losing a fixed amount of life over time then it’s too weak. Why use an ender that eventually will take life away if you can use a damage ender (or any other ender) that will make him lose life now?

Other possibility is make the opponent lose life until it manages to confirm a hit on you (like Spinal’s skulls), if not then it takes life until the opponent loses the round. Even then the rate of life loss should compensate for not using a damage ender - that or the ender should do damage AND poison the opponent.

How about a combo trait that resets potential damage back to zero without cashing it out but the trade off was that the combo would reset the damage scaling following this. You could do this once and go for two high damage combos, or you could repeatedly do this and build no potential damage but constantly be hitting your opponent with unscaled heavy hits. It would take a lot of fine tuning but I think it’d be a fun mechanic.

Adding on to yours, A farther reach along with multi hits would be cool, maybe a Stance Switch, to a different style.