Make them red, or at least make all of her VFX match the color of the projectiles. The awkward golden dijon mustard bats look so out of place in the midst of a bunch of silver/black ooze. Mustard bats. 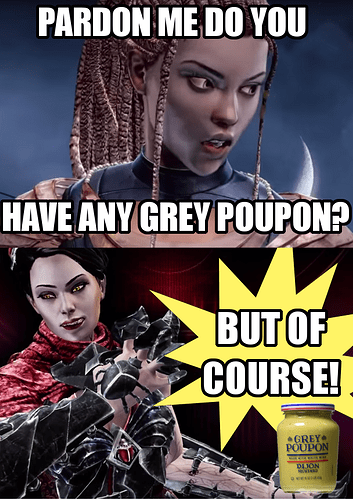 Seeing that instantly threw me off.

Why yellow of all colors?

They could have been White, Black, Red, Or Purple, and it would have fit perfectly.

Im sure they can’t make them red. I’d think that the reason Mira’s blood is silver in the first place would be to abide with ratings. (Her attacks put A LOT of blood on the screen, I don’t think they would’ve allowed that if it was red and still retain a T rating.) I do agree that the 2P bat color looks horrible though. Purple, Black, or White would probably look well.

Black and white might be hard to see on some stages. Purple might be too much considering S3 purple theme and I’d consider it overused at that point.

Red would’ve been cool, but I think Gold was chosen as the natural opposite of silver and is only there when playing Mira mirror matches on player 2.

It doesn’t even really look gold though, it looks more like mustard yellow. I think it would be cool if it looked more like actual gold though, that would work well. Make it more metallic.

Does anyone have any cursory knowledge of accessibility as it pertains to colorblindness? I’m curious to know what the optimal color option would be in that regard.

“gold” is not just a color. You recognize “gold” by other aspects, like texture and reflections.

The “silver” bats are just shiny textures in the shapes of bats, so when they turn them yellow, they keep the same reflective look as the silver ones.

For them to be more recognizable as “gold”, and not just a “yellow re-color”, they would need a different reflective pattern.

Am i making sense? Im having a little trouble explaining it in the right words.

I don’t know much about color blindness. You should ask @TheKeits though as he is colorblind. I’d just assume red and green would be colors to avoid because I think most color blind people are red-green color blind but I don’t really know.

I agree, that’s why I think they should be more metallic. I think that would help. I also think the color itself though should be changed to be a little bit darker though, it’s a really bright mustard color right now and it looks ugly, I don’t think changing the texture would make the color look much better without changing the color too.

Ah - just experiencing some curiosity, nothing super important. Thanks for the reply

That silver is supposed to be blood? I was wondering what it was…

Yup. They said there was a story reason for it.

(I wonder if there is a story reason for the fact that P2’s blood color is “pee-pee yellow”?)

I put honey mustard on sandwiches and I’m a big fan of honey mustard dressing in salads. Dijon is really solid too, especially on things like ham.

Standard “yellow mustard” (is there an actual term for this?) that you often put on hot dogs and stuff doesn’t get me going quite as much, though. I’m looking for a little tang, sweetness, or kick to my mustard. As such, unless I’m at a place known for their famous hot dogs, I’ll probably avoid mustard there.

Honey mustard is the #1 choice for me for dipping sauce as well. BBQ is usually good, and I’ll do ranch for vegetable platters and the like, but give me all the honey mustard for chicken tenders. 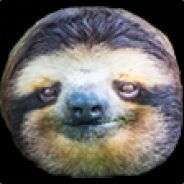 Once again you provide us with great insight.

I really don’t think that the blood not being red has anything to do with the rating. If that were the case, then what about the blood on the floor when characters get hit?

My take on it is that if the default blood is silver, than the other is gold. What bothers me more is that the blood on her normals and supers don’t turn gold with the bats.

So they’re using that ugly color to pander to SJWs and disabled people whose needs aren’t important as the MAJORITY who think that the disgusting mustard bats are ugly?! We need to drive SJWs (or SJRs I should say) OUT OF MCIRO$$$OFT!!

(EDIT: I cannot figure out which emoticon to attach to this.)