With season 3 winding down, it’d be amazing if we could get some more outfts for characters that give them a bit more either after the season’s over as part of a community fund or next season (or as extended DLC if there is no next season). They have a lot already, don’t get me wrong, but it’d be great if each character got a cool, non-joke look added to their already awesome repertoire.

Here are some ideas that I have:

-Human Sabrewulf: Give him a sort of feral, Necalli vibe, but with metal claws on his hands and well, human skin and hair.

-Clear Suit Glacius: Make his suit see through, so you can see what Glacius actually looks like underneath.

-Alternate REoR Sadira: I’d like to see her in one of the full white outfits from her trailer, complete with mask and spider designs. So a much more kunoichi vibe, I guess.

-Spy Orchid: A sleek, black spy outfit, with stun grenades hanging from one side and a google glass-like piece of tech on one eye. I’d also give her thin, extending shock batons.

-Human Spinal: Not saying this would be easy, but put skin on him. Give him clothes, a face, etc. I’d love to see what the pirate would look like when he’s not bones.

-Eagle Fulgore: This obviously hinges on Eagle not being in the game himself, but half of Fulgore’s face is ripped off, exposing Eagle’s face, and have a vast majority of Eagle’s body visbible and sort of intermingled with Fulgore’s.

-Williams TJ: We got his Blade look, which I love, but TJ in a yellow karate gi, with Jim Kelly’s Williams character in Enter the Dragon would be pretty awesome.

Capoeira Maya: It’d be cool to see her get the sort of flowing pants, bare feet, half shirt with bright colors, perhaps green and yellow for Brazil, kinda like Eddy Gordo or Laura. I mean, it’d be cool to see IG kinda make it their own, but I think that’d be a cool look for Maya.

Vizier Kan ra: Make him look more human, and give him more of a flowing robe, fez kind of look, like how he would’ve appeared before he became what he became.

Bone Riptor: If Riptor ended up in a museum, what would she look like? Hollow eyes, a bone tail, bone spikes sticking out of her back. Feel like that could be a cool look for her.

Samurai Omen: Give him solid blue skin and a face not covered by a mask. Maybe leave his eyes white and give him electricity pulsing through him, but also give him samurai shoulder pads, chest plate and lower dress. Give him a sort of head dress type of thing to wear as well.

Clock Gear Aganos: Honestly, I couldn’t think of much, but having much more of a clock gear look to him, with winding gears, pendulums, etc could be pretty cool.

Living Hisako: Yeah, I get that it’ll look weird when she opens her mouth, but it’d be cool to see her in a bright kimono, normal skin tone, normal eyes, and maybe some kabuki face paint and an ornate hair style? Some type of look to show what she was before she died.

Valkyrie Aria: Replace the metal with a synthetic human appearance, but give her more of a norse warrior outfit.

Ben Ferris Cinder: Give us his look without the fire. Human, maybe kind of a skeezy, underground mercenary look, but with suite parts that allow him to shoot fire and what lob pyrobombs etc.

Pimple Rash: Just give Rash what Pimple would look like if he were modernized. The brown skin tone, the arm gauntlets and whatever else would contribute to a new look for him.

Survivalist Tusk: Give him more of a wilderness, person of the Earth type of look for him. Maybe his sword looks like it’s fashioned out of wood, bone and mud. His skin should also look like it’s covered in mud except for his tattoo.

School Girl Kim Wu: No, not the short skirt fetish type, but just give her jeans, a band t-shirt, maybe some arm accessories, a long belt, glasses… Something that shows what she might wear on a normal day before she got the calling.

Gas Mask Arbiter: Not gonna lie, don’t know much about Halo lore, but maybe give him some sort of glowing, full body armor that completely encases his body and give him a sort of metal gas mask on his face.

Nightguard Mira: Strange to ask for more of a Maya looking Mira, but give us the look Mira might’ve had as a human in the nightguard before she became a vampire.

Energy Gargos: Give him kind of a ripped apart look. Maybe a horn missing, part of his face gone, with shadow energy exposed here and there like how Omen looks normally, just to kind of signify that while he’s a shadow lord, he’s also made up of shadow energy.

Grim Reaper Raam: Make his weapon a small scythe, and give him a hood and cloak that covers his face and drapes down his sides to the ground. Make the whole thing kinda tattered looking except for the hood.

Or, you know, just ANY new costumes at all would be appreciated.

I would like for Maya’s alt to be something Eddy & Christie.

Would love some more alts. 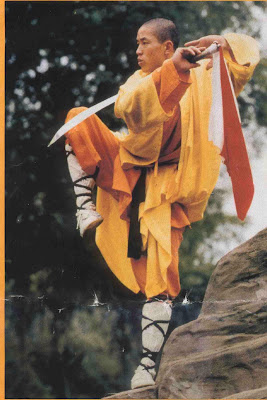 And a spysuit for Orchid.

Yes! Those would be awesome. This is the type of stuff I’d like to see as opposed to the goofier stuff or stuff that doesn’t fit the character at all. I’d really like to see them do some cool, almost reinterpretations of the characters for some outfits/skins.

Give Kim Wu a k-pop costume! From any of these girl groups!

Yes yes! This is exactly what this game needs! I’d say this is my number 1 wanted thing. Well, specifically this one more then the rest: [quote=“Iago407, post:1, topic:11857”]
-Alternate REoR Sadira: I’d like to see her in one of the full white outfits from her trailer, complete with mask and spider designs. So a much more kunoichi vibe, I guess.
[/quote]
Also, what do you mean by REoR? I looked it up and I do not think you mean Real Ear Occluded Response.

I am not sure about the human-like versions of characters like Sabrewulf and Spinal.You would have to do some re-animating for that, (like making spinal not fall apart anymore) and I that might be overkill. I think that Hisako’s would look the least weird, but she already has color 3 which makes her skin slightly more regular anyway. And instead of the gas mask for Arbiter, I think the ultra armor set from Halo Reach would suit this game well. Because of its use of the word Ultra. Also the armor just looks badace! 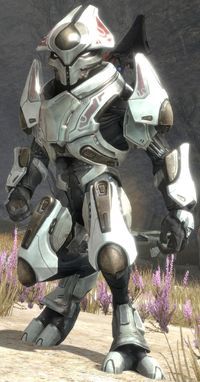 But who knows? I hope more than one accessory set is added for each character. This game has a cool customization mode, but hardly any options to customize! Only three sets of things per slot with recolors! (and one of them doesn’t even have recolors.) Besides Orchid and Sabrewulf who have one extra Christmas thing. And the retro costumes do not have many alternate accessories that fit well in the game. At least compared to the amount of the kooky accessories that they have.

Also, what do you mean by REoR?

Ah sorry! I was typing on my phone, so I abbreviated Red Eyes of Rylai, which is the group she belongs to in the story.