Hey so MHW is out now (same day as DBFZ so I don’t hear many other people talking about it. I’ve only played through one mission and while the combat is taking some getting used to I definitely like it so far.
I already have a goal for some Fashion Hunting 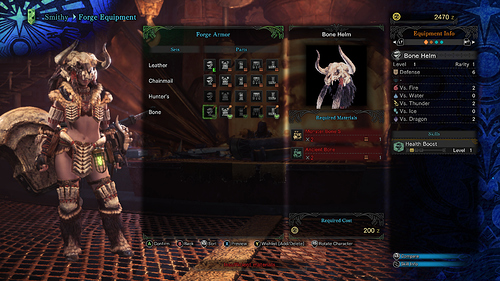 I’m going to get it today as well but will probably play FighterZ for a while first. I’ll probably start playing it on Sunday. Never played a Monster Hunter game before so what should I expect?

Me, my dad, and my uncle played a lot of Monster Hunter together. I can help you guys out later when I start playing if you want.

I took the day off work yesterday and put in about 17 hours in MH world. It’s pretty darn good.

I had a family obligation today but I’m planning to dive back in tomorrow.

Edit: @FallofSeraphs76 there’s an armor set that looks amazingly like the Bloodborne Hunter. Sorry about the poor quality. 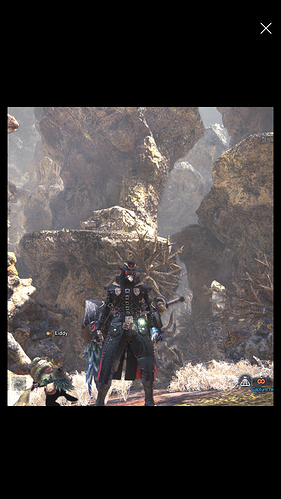 Been waiting for a Monster Hunter to come too Xbox, and so far i am 1 happy camper.

WOW thts bad ■■■! That does look like Eilenne the crow! 17 hours??? Damn dude thats dedication! I cant play for that long…I end up getting bored.

Thats because you havent played monster hunter yet

I have it on ps4 so if any of you guys have it there aswell, add me: Kaladin1981

Ive played it! Im just saying regardless of any game I can only play about 2 hours before I need a break and start getting unfocused.

It’s amazing. I was out all day Saturday and busy most of today so I’m only at like, 23 hours. And there’s so much stuff I haven’t even scratched the surface of.

Well I just got back from an actual hunting trip (Quail if you must know, much less impressive and unfortunately even less abundant than the monsters here) sat down amd played a few more hours of Monster Hunter with my lady friend. And I definitely like it.

Even after only like 5 hours with this game I’m in love.

I met my fashion goals and then some. Plus I upgraded a lot of my gear to be even more badass. I love using monster parts as crafting materials. Even though we’re technically part of a big technical fancy commission thing it really feels like what you’re doing is rooted in traditional and even Paleolithic practices which I really like. As someone who’s a sucker for all things barbaric and primeval I’m hooked.

Another thing I really like is looking at the creatures as a naturalist and a dinosaur enthusiast. It’s so damn cool to look at each monster and see not only the real animals and prehistoric creatures they use as inspiration, but also why each of these monsters has the traits that they do. Looking at their designs, each one I’ve seen feels like it’s been designed to fit a certain role in the environment. You can see the different evolutionary traits they’ve used to tackle their world, from watching a Great Jagras swallow a pacheocephelosaur whole, to a bald headed Tyrannosaur’s retractable display crest, and even watching the intelligent behaviour of the big dodo-raptor (I’m not far enough in to know most of the in game names, but it is a nice touch that each species is given an in universe name rather than just a combination of real world animals for the name).

Plus watching the monsters fight each other for territory is just awesome. A T.rex fighting a big lizard monster or a dragon is like something right out of an old claymation movie like Sinbad or Planet of the Dinosaurs (actually the fight in the cutscene right before you get to the first hub town has a fight scene almost exactly like A high resolution, more modern version of one in Planet of the Dinosaurs, where a Trex throws a big lizard around)
Shown in this video starting at 3:14

I know I have next to no playtime so far (5 hours is especially pitiful for big RPG games like this. It’s really barely a sample) but it’s been some of the best 5 hours I’ve had in a game in a long time. Between my experience in the demo and my time thus far I’d highly reccomend this game to just about anyone.

Only complaint thus far is that the loading times are a slice of fried butt. But that’s something I can learn to live with until the PC version comes out.

I’ve never played Monster Hunter before but I have my eye on this one. Will likely play with friends. Too bad I have to wait until fall for the PC release.

I’m pretty bummed at how often PC releases of console games get the royal shaft, both in terms of delayed release and in terms of quality. Hopefully I’ll still have the interest in playing it in 10 months.

Yeah, really wish PC version had a release date that was a little closer, and definitely agree on the state of PC ports in general. There was a pocket there when it seemed every port of a AAA game was unplayable garbage.

I only got the console version because it came out just before my birthday, so it was a present to myself.

Have you had any success with matchmaking? I have been playing only with friends (actually relatives) and we more or less make it work. But only one random person has entered our hub in three solid days of playing. Some really great features like the SOS flare just don’t seem to be working it all.

The monster ecology has always been really fun. As a biologist it’s better not to get too into the weeds on it, but it’s really great how thoughtful they have been with the way the build the monsters and what traits they give them. This game is by far the most well developed because every time you enter a world there are 2-3 large monsters wandering around interacting with the environment and with each other. Often in previous games the monster behavior pattern was limited to pacing back and forth or else moving from “room” to room looking for Hunters to murder.

As far as monster fights, have you seen the Jyorotadus and the Barroth fight yet? It’s sick.

Jyorotadus and the Barroth fight yet?

Are those the ones in the desert tar pit place that look like a big crocodile snake thing and a cross between an Allosaurus and a guitar amplifier?
Because I think I saw that in the demo/alpha/beta thing and it was sick

a big crocodile snake thing and a cross between an Allosaurus and a guitar amplifier?

SFV costumes for you?? lol 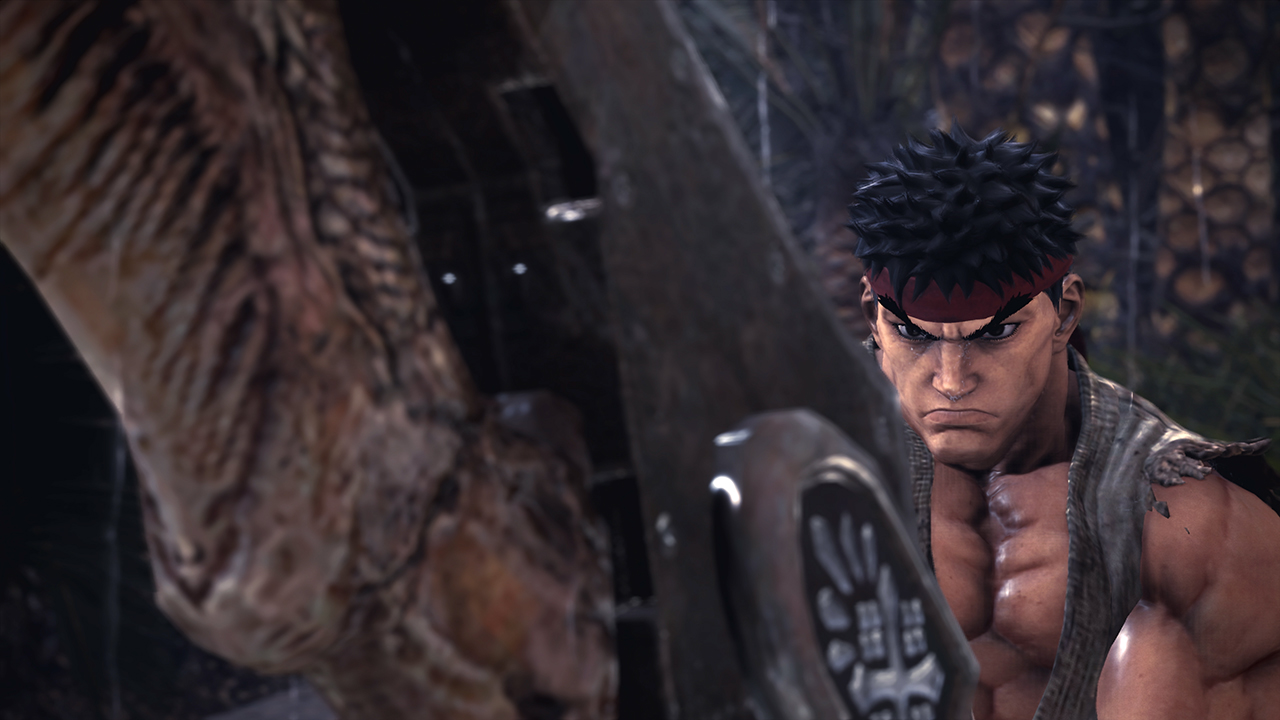 a big crocodile snake thing and a cross between an Allosaurus and a guitar amplifier?

I just purchased Palico Lover… er… uh… Monster Hunter World!!! I really love this game! My character looks like he got ripped out of an FF game. O.O Adrogonous male hero check.

Then again if I’m gonna weild a Buster Sword, I guess I should look like Cloud.

Got this over the weekend and I’m liking it as a total noob. I just hope Capcom can fix the online session matchmaking issues soon because after playing with friends I’m feeling like the multiplayer is hands-down the full experience.