Yeah, Merry Christmas to all! Hope you have a good time today.

Me today after Christmas dinner… 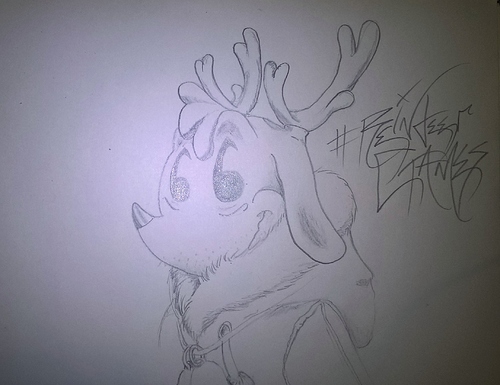 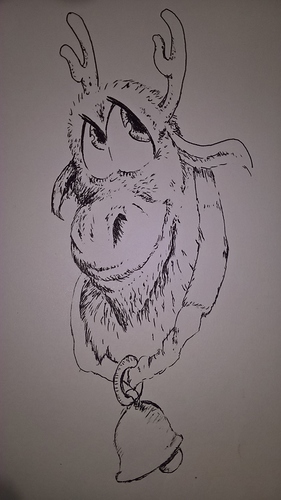 So what did everyone get for Christmas? Share some of your favorite gifts.

I got my daughter a Nintendo Switch, Zelda BOTW, Mario Kart 8 deluxe and Street Fighter the final challengers
I got my son an Entertainment center, Kinect and Kinect adapter for his Xbox S, Headphones and gave him my old Sony Bravia 52" TV and my gaming chair. Now he can stream KI and other games he likes. He is 7 years old and ready to stream!

I got KI comic #1, KI elite controller pack, PS vita, a new JVC car stereo, and new beaters for my Demon Drive double bass pedals. Oh and Goro POP and Ryu electronic POP display to match my Ken light up display.
I have to say Im impressed with the look, sound and ease of the Nintendo Switch. Its really nice and worth it. I haven’t set up the PS Vita yet… but so far Im glad I got the Switch for my daughter.

My parents finally allowed me to buy Doom. Such a good game, still waiting for the dreaded download to finish. I also finally got some good headphones and now I’ll be able to stream soon (mostly KI). I got a new dog tag for my dog (they misspelled his name though) but it looks awesome!

Unforuntatly i got nothing specifically about KI, my parents don’t know how much I’m obsessed with it. Either way, I’ll probably be using the money I received to buying KI T-shirts or accessories for my new controller. (Mine old one has been jacked up for a year now) It was an amazing Christmas!

Well head phones for streaming KI is basically about KI! What kind of head phones did you get? I have 2 pair of Turtle beach Stealth 420X wireless. They are pretty awesome! 1 for XB and 1 for PS4. Ive had them a year now I think?
Doom is awesome! Make sure to find all the weapons and power ups… you are gonna need em! I tried to find all the little Doom guy figures but they are super hidden!

Hey @BigBadAndy, whats your take on SF APlha 3 MAX? THey have it on PSvita and I wanna make sure its a good game before I pay 10$ for it. ( I got ganked on the WiiU version of SF alpha…OMG it was horrible! LOL) Also what about SFvTekken?

I’m sure the vita version is fine. The WiiU version was based on the SNES port which was trash. But if you wait a few months you can get SF 30th anniversary for $40…

I actually kind of like SF X Tekken. It’s different but it’s an okay game. Not one I would say was the greatest of all time but worth checking out.

Ok so i went through every vita game in the store and found 31 games i put down as favorites. Some really cool stuff…from Skull girls to dark stalkers to Dantes inferno to assasins creed and Street fighters.

My Christmas was very simple this year, my family came to visit and we made a ton a food as we always do. I got money for Christmas from my parents (basically they give us money if they don’t know what to buy us that given year) and we mostly bought presents for my nieces. Would’ve bought something more substantial for them, but money was tight this year, so maybe in 2018 I’ll try for a late Christmas present if I can.

Overall, not a bad way to spend the holidays, mainly just everyone talking while watching random holiday movies on the cable channels (Home Alone, Jingle All The Way, etc.).

Hey hope everyone is having an awesome Christmas / Monday!!

I’m in Florida at my in laws and have been for the last week or so, which has been an awesome respite from the cold, snowy yuck that we’ll be driving back to tomorrow. My in laws got me MvCi and Battlefront 2. A few other events with different parts of the family through the rest of the week means MOAR presents incoming!

Hope you all got what you wanted and then some, and if not, well, I still hope you’ve enjoyed the festive season and maybe got a little time off as well.

The switch is a very cool and well made piece of hardware. I thought about picking up one for my son but he wasn’t super interested after my brother brought his over. He’d rather play games with me on Xbox and that’s fine.

Our Christmas this year focused on games without screens. Got a bunch of the Star Wars X-wing miniatures and he and I have been having great fun playing that. Lots of board games and a drone that we have yet to open. My daughter got an American girl doll she’s been asking for and a ton of playmobil sets, doll clothes, a “Rey stick” from Star Wars. And they both got a bunch of Five Nights at Freddy’s swag.

How old is your son? daughter? SHe got the Rey staff? Cool! Ally has the Rey costume but no staff. They dressed up for the Last Jedi.
You know I got the Bloodborne board game last Christmas and we have never played it! Just not enough people to play with

SO…I just download the SF alpha max and Darkstalkers 3 compilation. WOW! LOVE Alpha 3 max! Its going to be awesome on the switch and PS/XBX in May!
Darkstalkers! DUDE! Why haven’t they remade this game??? WTF are they waiting on? Or at least just port it for this generation!
Ally just got done playing Zelda fro like 2 hours on the switch adn Aiden was in his new game chair and head phones playing TMNT on Xbx for 2 hours… oh man they are on their way to being young streamers! ha ha!

My son is 9 and my daughter is 6. I took her to see The Last Jedi and she said she had to wear her Rey costume “otherwise people with think I’m some random girl and you made me see Star Wars.” Lol

Darkstalkers is great and has terrific potential for a remake. But Capcom sold all three games in PlayStation then released a “Darkstalkers collection” and when nobody bought it they decided interest in the game was low. Which is the kind of dumb ■■■■ Capcom does and why it took them ten years to announce a new mega man game…

LOL… thats funny. Ally had her Rey eye goggles on upside down the entire time and in all the pics when we went…it was cute.

I think the collection is the Darkstalkers I just bought. It has all 3 version of the game in side one game. You can choose what version of the characters you want kind of like some of the street fighters Ive seen.

I like it though…wish i could play it on a regular controller and tv though!..without buying a PS3 of course. I know you can play on PS NOW but thats too expensive. I enjoyed the free trial last year.

I really enjoyed Darkstalkers on PS3, although I sucked horrifically.

I got mostly gift cards for Christmas, of which I don’t mind. I’ve already spent most of them online too.

My grandparents took me and my mom out to an incredibly expensive restaurant (for me at least), where the entrees started at $30 dollars per plate. I was blessed with the greatest chocolate moose… mouse… I don’t know how it’s spelled, but my goodness I was hyper all night.

We then went to a local theatre and watched the stage production of “A Territorial Christmas Carol”. It’s a local production of the classic Charles Dickens tale with an Oklahoman twist. It was really fun. Nothing like living the cultured life.

I still have yet to get to my brother’s house and celebrate Christmas there. We’re always late with him. Gots lots of goodies for his kiddos, so WOOT!

I got the Turtle Beach Ear force Recon 50X headset. It works great! I also bought Kim Wu and so far I’m loving her playstyle. I’ll try to stream today once GoW 4 downloads.