Maxed out all characters 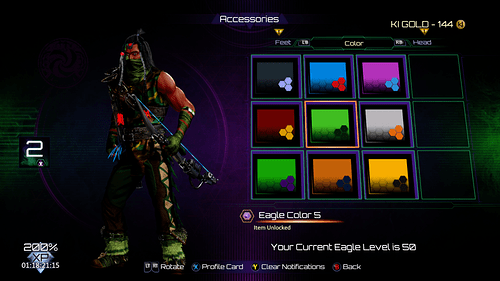 We need an achievement for stuff like this. @rukizzel

It would mean that we are no getting more characters

Technically, if it was just one achievement for getting all the characters to 50, then you would only need to complete it once, and whenever it came out would be the easiest time to get it. If another character is added it only makes the achievement harder.

However, if it was an achievement for each character (example: Reach Level 50 with Jago), then you would have to keep getting every character to 50 when a new one came out to get their achievement.

Congrats! Feel free to post on the semi official thread for this! (it’s been a long time since its been used so I’ll forgive you for not finding jet)

So which characters do you have to Level 50 and 30? Lets try to get all to 50 and be a part of the exclusive Level 50 club! I know @Fwufikins has completed this... I still have a ways to go...but not too bad! Here is what I have... Currently working Kan-ra to 50- at 44 as I type this. Level 50 Jago Fulgore TJ Combo Cinder Omen Kan-ra (In about an hour) Level 33 Aria Riptor Spinal Maya Level 20 Sabrewulf Hisako Thunder Aganos Orchid Sadira Glacius (Level 12 - I really cant stand using G…

Join the club! I still gotta grind out Eagle to get everyone to max level, but between work, family, and Diablo my hands are a bit tied

I had respect for your lv 50, until I seen the Xp booster in the corner. So you were getting 300% xp per match. The 2× wasn’t fast enough for you?

Ok. I get it. You have my respect plus some. I get it now. Eagle was your last character to get to 50 and you just wanted to be done with the lv 50 thing.
He is my last one also. I have him at 30 now, the reason I don’t use boosters is because by the time I do the achievements for the character they are over level 45, so it would be a waste of KI gold