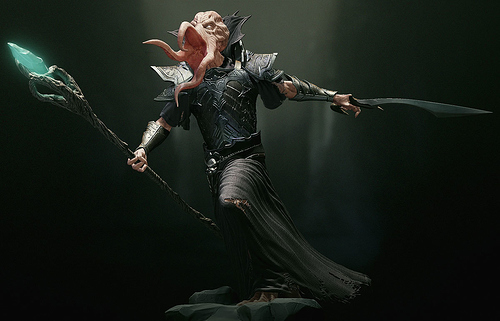 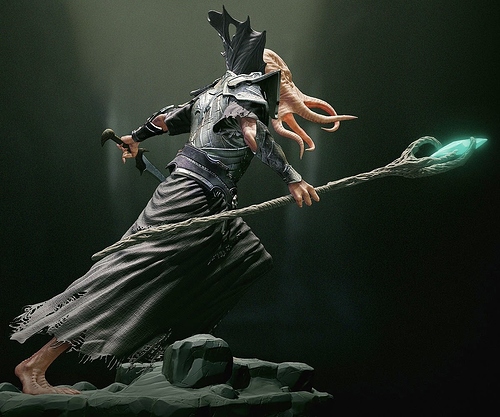 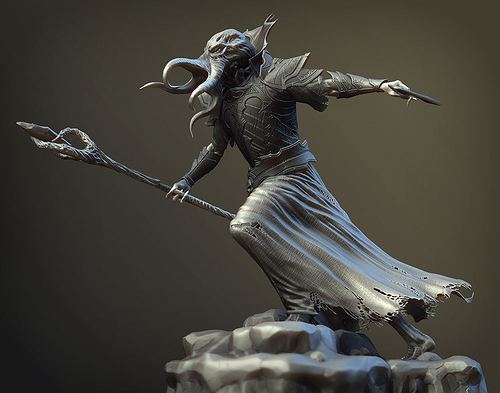 I approve of this design

It takes a rather out there concept and makes it into a playable form, while still maintaining the recognisable chutulu parts.
And I actually really like the staff/sword combo.

Edit: if this design is not used for a lovecraftion figure, I would like a human warlock style character wearing the robes and weapons like that. Just an awesome pose all around.

@Draigh take a look at my wizard/mage concept! Wizard/warlock character

WHOA! Great artwork! I would love this design if the lovecraftian makes it in.

Yeah, D&D’s Mind Flayers are a good example of a character design that easily encompasses both the Lovecraftian and the Wizard/Warlock tropes. 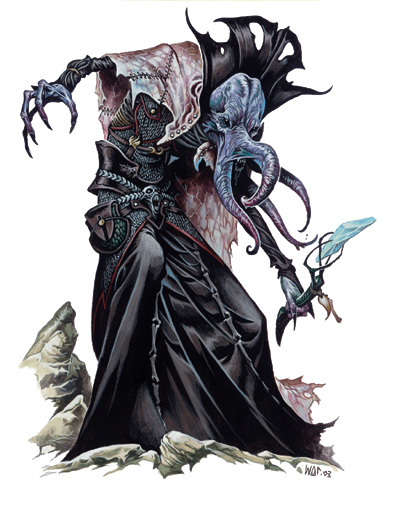 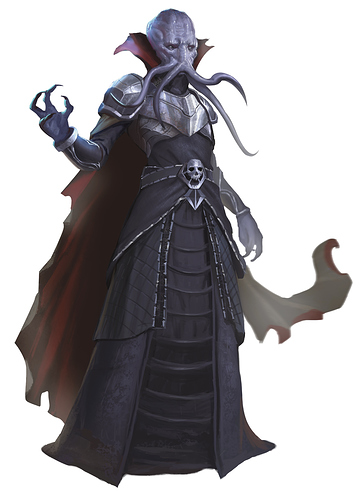 On a less hee-hee-ha-ha note… Couldn’t Glacius be considered a Lovecraft-ish cthulhu character? If my memory serves correctly isn’t he partly based on The Thing, which in turn is based off Lovecraft mythos???

A bit of a stretch there, but I see what you mean.

Glacius, however, as far as I remember, was based on the T-1000 from ‘Terminator 2’ and given the “Antarctic crash” backstory of ‘The Thing’, but no similarities with that creature whatsoever.

Aaaahhh k yeah thanks for reminding me. That makes more sense now. Never mind then lol. So I stick by my earlier post that we need more brain eating cosmic octopus mind flayer horrors. 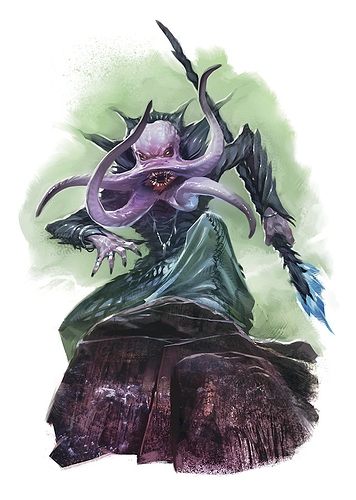 I can think of this character as KI’s Shinnok.