Lore Based Facts About Riptor!

FACT#1: Riptor’s gender was unknown in the first KI seeing as
Riptor laid eggs, but also wasn’t immune to Orchid’s flash finisher. However with the start of the new KI we now know she is a girl. That means that Riptor is probably the first gay (wanted to use the L word but the forum hides the word like it’s taboo or something of a curse word)

FACT#2: Riptor is highly intelligent and completely understands human speech, the only reason she can’t respond is due to the fact she is a dinosaur.

FACT#3: Even thought Riptor’s appearance is that of a dinosaur she also have human DNA which explains her intellect.

FACT#4: Riptor use to launch acid out of her mouth in the original KI, but that was changed to fire with the release of S2.

FACT#6: It is also said in the Stalker manual that stalkers have hypnotizing glares.

FACT#7: Dr.Gupte, the creator of the stalkers linked her mind to the stalkers before going insane and becoming the dinosaurs dinner.

FACT#8: Riptor can whip her tail at a speed if 5 meters per sec. As a black mamba strike.

You Know… I’m starting to see the value of these Facts… GIVE ME MOAR !!!

I know these are mainly for fun, but I would like to point out that while KI3 takes inspiration from the first 2 games, they really have no shared canon. I say this, because from my understanding they never actually said what Riptor’s gender was in KI1, the game itself always referred to Riptor as “it”.
Obviously though, Riptor is ripped straight from Jurassic Park where all the dinos were specifically engineered female, but still…hard to call it a “fact” when the base info isn’t exactly solid.
…that being said I will gladly pull my complaint if someone can show me proof with no uncertainty that KI1 Riptor was established as a girl.

Considering that KI came out in the same era the Godzilla 98 came out, Riptor could have reproduced A-sexual.

Riptor used to be a repitilian bio weapon. She had dino DNA, but she also had snake features. I miss that…The same way I miss how badass Wulf used to look in the older games.
Not saying they don’t look fine now, but they give a different feeling of what they used to give. Their moveset though, it’s more loyal to their original ones, which is fine. 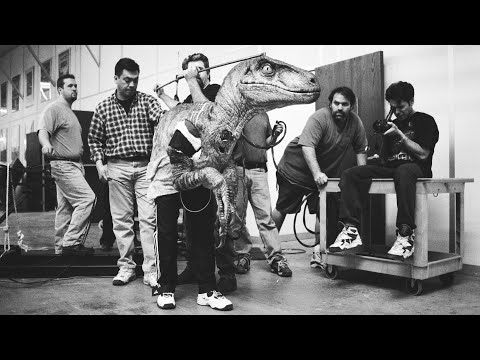 Retro skins? I don’t like most retros…They don’t honour the old ones, but I don’t hate them either. New game- new looks. Ok…
Would have loved better retros anyway u_u

That’s because she was horrified by human anatomy

As far as the retros go, I liked the way the design looked. I wasn’t a fan of the segmented tail for the retro look but I became more open to it with time. especially when the retros use the same Rigging system as the default characters,

Technically you add the human and dinosaur intelligence (the raptor one) you ave a very smart animal for sure.

Not to mention the Cobra Hood in her No Mercy.