Looking to the Future: Possible Characters for Season 4

So with Eyedol’s release approaching and the new mode Shadow Lords marking the end of Season 3, many can assume that this will be the last season of content and characters the KI community will ever see. However, there is a chance that we could see another season in the far future, and judging by both the discussions about the Community Survey results and the small hints given by the KI novella. Before I continue though, I just want to clarify that everything I’m talking about is just theory and speculation, and as of now, is not confirmed by the devs.

Although the entirety of the Community Survey can be viewed as very important for the future of KI, the part that really stuck out to me was the question regarding which characters the community wanted the most. From what I could remember, the list of characters included Eyedol, Eagle, Jonah Dark, a brute from the Halo franchise, one of the nameless agents from Crackdown, a wendigo, a djinn, an archer, and a Lovecraftian monster. Personally, the Lovecraftian monster was my #1 choose among the characters, but it was more than apparent that Eyedol was the most voted choice by a landslide. However, IG then when on to reveal that the last character of S3 is actually Eyedol. With this in mind, it became apparent to me that, since Eyedol has already been made, it can be assumed that the 2# ranked among the most wanted characters is now 1#. I even went as far as to mention this to one of the devs, in which he had this to say: https://twitter.com/Kranged/status/754703739009761281

With this, I came into the conclusion that IG is still planning for new content for the future of the game. Whether they decide to make a brand new season all together, or begin adding monthly content to the game, we can get a good idea of the characters the devs may add in the future by looking at the Community Survey. In this thread, I will be going over the highest voted characters in the survey and talk about their potential lore and move sets, as well as how they could fit into the KI universe.

I should also note that Im aware that a Season 4 hasn’t been announced and may not be announced, but I just wanted to talk about the characters that received the highest votes on the Community Survey. I hope you’ve enjoyed this and please comment below! It took me ages to write this and now i’m really hungry. Better make a peanut butter and fluff sandwich

Devs said at EVO, and I quote: “if you keep playing the game, we’ll keep supporting it.”

As far as characters, I’d like to see all of them except for the guests - we have enough of those, I think.

That’s why I love KI. The devs are willing to make the game last as long as the community keeps playing it, unlike some fighting games where the devs add some DLC and then move onto a new project. I want KI to last for years to come, with a growing community and great content.

Don’t get me wrong, I think the guests are really enjoyable, but I’d rather see new and original characters get some spotlight. I’m mostly hyped for a Lovecraftian character, tho XD

If we are talking about future characters for season 4, then I would like to bring up the following:

Sharkman: While the survey presented him as an alternative to TJ, Sharkman could have an awesome Aquaman-ish moveset.

A design by Bayliss for a snail like character that was never used. His idea for a Gooey Blanka character sounds really interesting.

Gorgon: Another request that frequents the forums, I feel that blending the Gorgon and the Archer would make a really cool character.

Speaking of the Sharkman, how many votes did it get from the Community Survey?

I want King Kong. I think it would be really cool if he were able to climb the walls and stuff

The thing with climbing the walls is,…there arent really that many walls…mostly just edge of screen. The idea sounds awesome though.

As for the topic creator, nice ideas, I wouldnt mind seeing them and the lovecraftian horror could indeed be linked to the astral plane, and seeing Gargos and Eyedol could be incredibly powerful as such a creature should be. Might be a next season boss. Still like the idea of going after the vampire coven more if there is a season three and not sure how a lovecraftion monster fits in there.

Easily looking forward to Eagle but I’d love to see a staff type character and hopefully FINALLY the BAAF character mentioned in the season 1 poll but what I really want is retro stages and stages for the rest of the s3 but at the least a stage for Mira. Gargos and Eyedol have the Astral Plane which works well for me being that they’re boss characters and the rest are guests as much as I’d love to see a stage for Rash.

I kinda see the Lovecraftian monster to be more of a guardian than a villain. Since many lovecraftian deities were very much beyond out consepts of good and evil, I can see the Lovecraftian monster as a neutral being who’s power is insane, yet chooses to use this power to maintain balance in the Astral Plane. It could be an entity far beyond human comprehension, and cannot be classified as even a god, but something beyond.

I would imagine it being a lawful neutral character, and wants to purge both Gargos and Earth in order to prevent their battle from disrupting the balance of spacetime in the Astral Plane. Sorry, I’m just love making lore XD

Detective: The character can be someone like Sherlock Holmes, Rorschach, Constantine & Yusuke from Yu Yu Hakusho. He has various gadgets, exorcism & a spirit gun in his arsenal. He’s after cases based on the normal & the paranormal. His archrival is a mad scientist who escaped his ancestor’s grasp.

Mad Scientist: This character is like James Moriarty, Mister Sinister & various others. He can someone who mastered alchemy and can wield tentacles from his back. His interest in the Cthulhu Mythos drove him to that.

"Psychic: She could be a victim to one of the mad scientist’s work. A mutant like the others. Someone like Rose, Kitana, Ermac, Kenshi, Psylocke, etc.

I added some gameplay ideas for both Eagle and the Wendigo

I actually think he should be able to hang on the ceiling as well. I don’t know how that’ll be possible but I think that would be really cool.

Then imagine being able to use this against Aganos and the walls he makes somehow. I’m no expert so I don’t know how useful this will be. Just imagine the possibilities. lol

Also, it would be even more exciting if it were something other than a typical ape, some type of xiba/sc5 & futuristic nightwing hyb rid creature with a staff

Commenting on that gorilla/ape idea, how cool would it be if they made the character and orangutan? It’s different enough to not be a “generic ape” but also big enough to be on the roster. 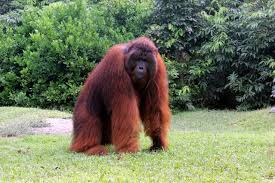 What if the Magic Archer had the ability to briefly cling against the walls of the screen and shoot arrows from there?

An ape can fit in since Planet of the Apes and that Riptor’s has that “Primal Rage” concept, KI’s ape can do the same.

Anyone thought of a speedster?

In another thread about an ape character that someone had posted, I threw out some great ideas for an intelligent “space” ape or potential “mad scientist” ape aspect. You guys should check it out or link to it from here.