I completely understand the lack of accessories for Omen. He’s a bonus character. Shago has no accessories at all, and that’s fine. But it would be nice if we had a really nice level 50 color for Omen… Or something he can get at lvl 50.
Usually the best color option is reserved as an incentive to level a character all the way.
If Omen had such a thing, well that would be just fine.

Yes PLEASE! Dark Purple and Black would be great! Kind of like his pink color on Thunders stage at the end during instinct/ultra…he changes color in the rain to a purple and black

But yeah,would be nice to see more colors for the guy.

Neon blue omen with a silver mask with markings floating around his body.

Some ideas from the other thread: 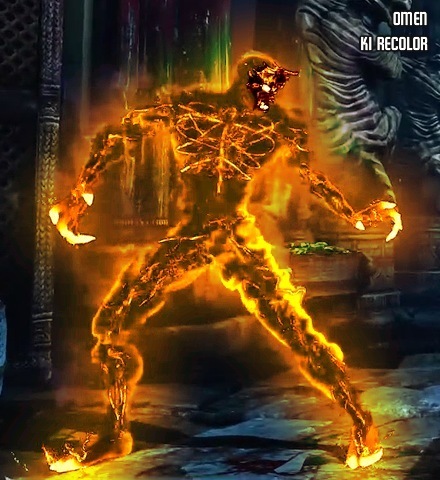 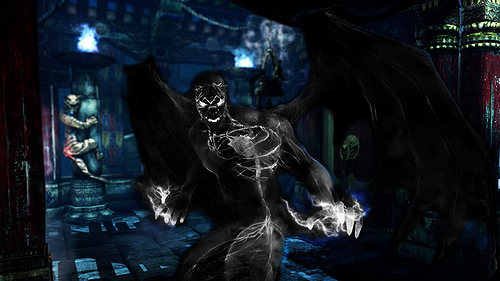 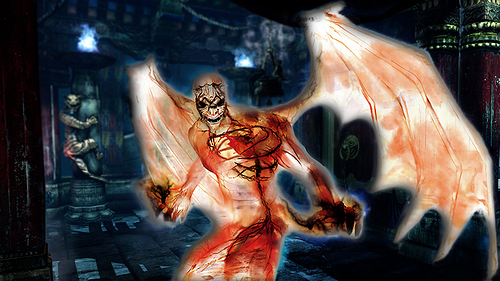 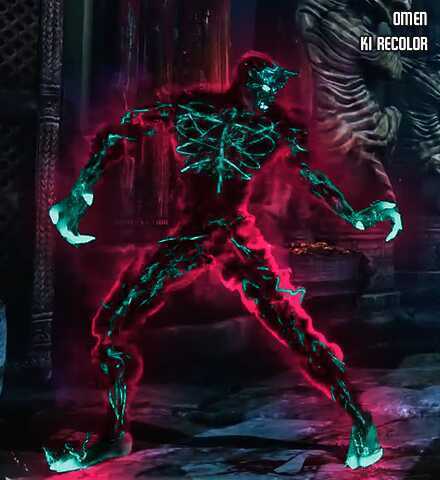 I have a couple ideas on some neat colors.

Color Option A: Black and White
A complete isolation of color with his body, so his body color is just black. To compliment the lack of color his circulatory system and mask are both white. Because his body is dark the saturation on his white has to be subtle. 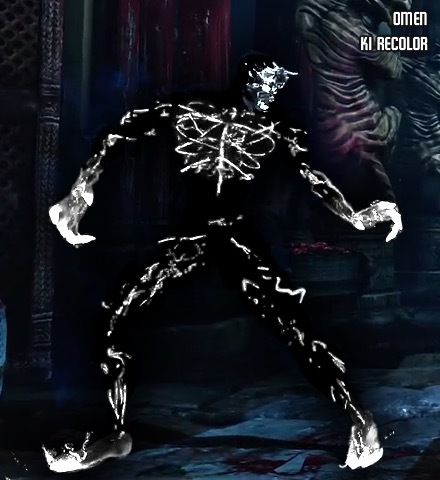 Color Option B: Red and Gold
I like the blend of red and gold because it is distinct enough to see in the mask and circulatory system but not so obnoxious where it is an eye sore. It also resembles the Roman Soldier preference as seen with Spinals retro. 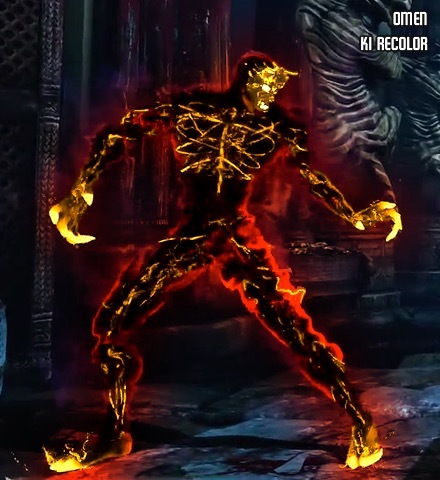 Color Option C: White and Gold
White and gold… or black and blue? This would make his demonic stature ironic as the colors are associated with angels, nonetheless it has a beautiful blend on his character. 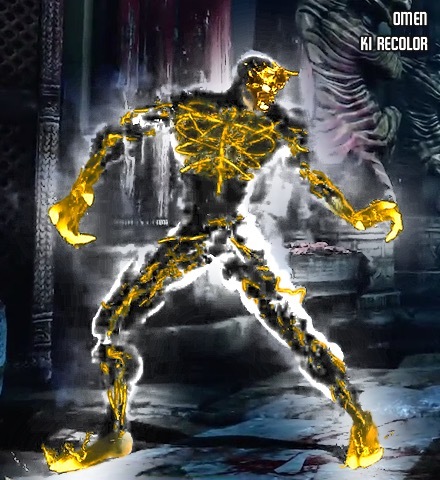 The first two look good. I’m afraid they’ll be considered very similar to his white and red shaders that we have.
I would love to see some gold on omen though… Not that banana yellow of color 2, nor the ocre that matches his ancient warrior armor set, but a good burnished gold or brass.

I also love the idea of him being photo negative. White shadow with black electricity.

Wow, the second and third pics look amazing. Doesn’t Omen only have six colors? I’d love those two as colors eight and nine with perhaps the fourth pic as color seven.

I agree. These aren’t my creations though. They come from this thread:

I don't know if there will be more Color options in S3, but here are some concepts I really like and would love to see in-game. Posting one image per post will allow the community to vote (or 'Like') each concept they agree on. Feel free to post...

That thread is alternate color suggestions for all characters.

I just happen to think Omen is most deserving of new colors because he currently only has 6, AND he has no level 50 rewards.

Give him a color or skin that makes him look like Carnage or at least Kan Ra. I’d pick either character with that skin. 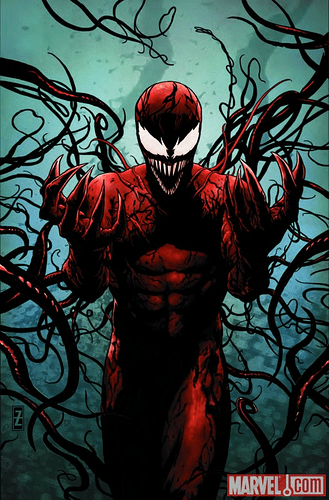 I think that something similar to Carnage would be pretty cool. He’s got the fingers and the body shape. Not sure I’d go as far as to copy the mouth, but a large set of white eyes that have a similar (though not the same) shape would be pretty awesome. Obviously they couldn’t copy the look completely.

Of course, in order to have eyes like that, they’d need to do away with the masks and personally, I’m okay with that. I’m not a huge fan of any of them, as they look somehow out of place on him. The first one works, but the second and third don’t even look like they’re on his face. They appear almost as if they’re in front of it.

Regardless, I’d rather his accessories be armor, and leave his face alone. Maybe one of them could be a hood of some sort, but the rest should be shoulders/arms and then waist/thighs. That would’ve been cool.

I doubt they change him at all, at this point. I can’t imagine they give him a full set of accessories and I definitely doubt that they’ll change his look or replace the recycled animations. I think the ship has largely sailed on all of that, even if several have indicated a desire to see some alterations. That’s okay though. Can’t listen to everything that every fan wants all the time. It’s simply not reasonable.

At the very least though, nine full color options would be nice. Keep him in line with the rest of the cast.