IMO the leak (if its true) didn’t do that much damage. we are only 18 days to launch.

Yeah that’s what I read and made a post about cuz I thought I missed a stream but I was quick to find out people get mad when u make a post about new news of a game on it’s own forum.

IGN never ceases to amaze with misinformation, it seems.

for me personally once the leaks are out I dont see a problem with discussing it here.

constantly closing down threads is a little ridiculous.

its already all over the internet like jesus just let discuss it here instead of having to go somewhere else to talk about it.

Agreed. I made a post because I woke up and saw exciting news about a game I’ve been playing since day one annnd people act like I slapped their mom in the face. None of us leaked the info. But as a fan I sure as shibb wanna talk about it. She looks so good how could u not wanna talk about it!

We’ve all made it…

Considering what has taken place over the last few days. I’m surprised this thread is still up. I’m indifferent to season 3 but I agree with everyone else. Only a few weeks away from release and yet nothing from MS/IG besides “ban sticks.”

It’s probably still up because we’re not discussing leaks, we’re discussing IG’s handling of the situation.

There were a few other threads ( I thought) that were discussing the same topic to which was taken care of quite quickly.

Looked on facebook and this was the #1 trending topic 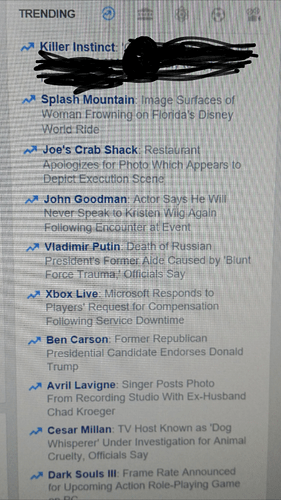 Basically this. we’re discussing handling, not what was within the leaks. I think it should be fine. The devs have also been tagged in this thread so they know it exists. Maybe they’re busy an yet to clean out the thread, but it doesn’t seem like we’re violating anything if we restrict discussion to handling of the leak instead of what was in it.

To be honest, I’m actually really suprised that this thread is still up; its been so active lately!

But neverless, I’m glad that everyone here is have a good conversation.