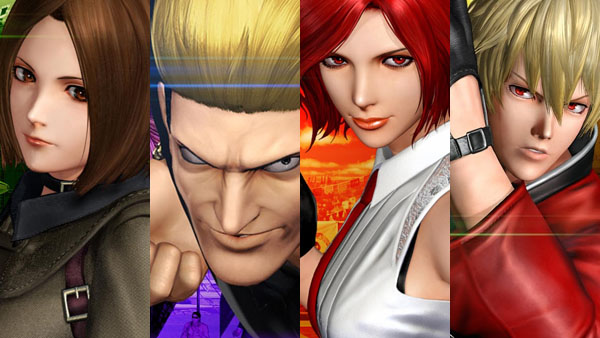 All four downloadable characters for The King of Fighters XIV will launch on April 5 alongside the game’s version 2.00 update, developer SNK announced. The four characters include:

Oh wow, looks it’s about time for this series to return again.

But, what’s with the number of dislikes!? It’s obvious that this is a teaser trailer, people expect too much? Come on, make up your minds!

The most surprising thing though is that its initial year of release will be on 2016 and its for the PS4 so far… Is SNK Playmore trying to compete with Capcom once again?

I think I read January 2016 so that’s even sooner than we think.

Hm, makes sense. Oh well, if the game doesn’t go soon well enough at launch, it won’t get much popularity…

Sony’s intent to choke the XB1 out of the competitive fighter circuit is counter-friendly to the industry.

It’s sad the genre as a whole is allowing it to happen.

It’s funny how many Window-OS systems are used to create the games in first place.

I bought the core pack for DOA:LR so I’m covered for what the game seems to offer.

But as OP stated, the game is still in development so maybe they just threw together working models for the teaser? Idk.

I’ll prolly get it regardless, love me some KOF

What about Xbox one!?! But I don’t have ps4! That not fair! That’s mean they hate Xbox one? Why playstation always get amazing fighting games?

Oh I just forget about that. Thank you!

But still not fair.

It’s not so much Sony, it’s more Japan, they’ve always given the could shoulder to the Xbox platform, but also Xbox is almost always left out of the initial announcement.

I’ll wait for the N64 release…
still waiting on something to make me get a PS4. SF5 will be a win 10 buy for me (even though the game still seems like a snore fest to me)

Same here. I have been holding off too.
For now DOA5 is all I have as a next gen 3D fighter…on xb1.

Whats up with that same ole announcer voice??? I swear he is in every fighting game from Japan

I was incredibly hyped when I saw a news article proclaiming KOF14 announced at TGS, in some bizarre way I had a feeling if it was coming it would be revealed there. Then I saw it in action and wondered what was going on.

About the 3d look and 2d gameplay we already knew about that when SNK official revealed a new KOF was coming. It may say “in development” but with just over 4 months to release I really don’t see much changing.

I love SNK and I love KOF but they are currently owned by a Chinese chicken gutting company. I honestly hope that does not impact on the series in anyway

About the 3d look and 2d gameplay we already knew about that when SNK official revealed a new KOF was coming. It may say “in development” but with just over 4 months to release I really don’t see much changing.

yes, 4 months before release (if the January date is true) and then this is the best footage of the game SNK can show. That’s pretty bad.

I recommend to watch this reaction vid until the END. it’s hilarious.

Uggh. Just not a fan of 3d fighters. KOFXIII was really cool, I don’t see the need for such a departure.

Yeah such a shame. The high res screens they released quickly after look okay, but the teaser footage was abysmal.

Rumour mill says it’s a dream match with 30+ characters, not sure if that will make up for the lack of graphical quality though. At this point the gameplay needs to be just as good if not better than 98, although that same rumour said the new game will play similar to 98…