Kim Wu reveal is a concerning matter, just think about this for a moment. You are IG/MS and you are presenting for the first time to the world a character and it is also at an event. You want to make a splash don’t you? Why would IG/MS deem that as acceptable? That is what is worrying to me. I don’t know if for some people it is just a day at the office but if I was working on KI let alone anything I’m passionate about, I would make sure it isn’t 100% but rather go above and beyond and aim for 150%. Maybe it is just me or maybe they are running into issues and hoping we don’t notice it isn’t on par or by today’s standards in regards to movements/modeling/textures/lightings/physics (puddles with no splashing) I feel that they know but you know people will get excited either way because they probably figure the sheep will just be happy because “KIM IS BACK”, or “MORE KI STUFF” or simply “NEW” … I don’t blame them if that’s what they were thinking because usually that is how it is. I feel they put more work in Rash’s taunts than Kim Wu’s design…Check out his taunts and I dare you to disagree with me, and that is Rash’s Taunts as in plural…

I don’t understand what your gripe is…

Maybe it is just me or maybe they are running into issues and hoping we don’t notice it isn’t on par or by today’s standards in regards to movements/modeling/textures/lightings/physics (puddles with no splashing) I feel that they know but you know people will get excited either way because they probably figure the sheep will just be happy because “KIM IS BACK”, or “MORE KI STUFF” or simply “NEW”

Are you saying that they should have splashing puddles? And that that would make KI / Kim Wu for you?

Kim wu was never the main event. It was the KI WORLD CUP. Get it into your skulls people.

no but it does show how details are being missed from major to minor. Immersion is broken when an 8th generation console game remembers that there are reflections bouncing off puddles on the floor yet forgets that if feet land in them, there is a reaction from the water.

I’m confused…But they are polishing now, so I’m sure stuff will react the way they are supposed to in the Full release of Season 3.

I hope your right, but the water thing is a minor issue. There are more issues with Kim (stiff movements, face, textures, lighting/shading, voice actress, she also sounds more american valley girl)

Well, Adam did state she is a American Born Chinese girl, First Generation, so she might sound more “American” than her heritage. But don’t worry. They had to restrict us from S3 because our brains would explode from all the hype! I mean, they even changed the Start Screen, and had a placeholder for the new UI because they didn’t want us to see it. Lol

no but it does show how details are being missed from major to minor. Immersion is broken when an 8th generation console game remembers that there are reflections bouncing off puddles on the floor yet forgets that if feet land in them, there is a reaction from the water.

To each there own. All the talk of “8th generation consoles” and such just blows right past me as I really don’t care about that. Graphics are nice, and sure I’d like to see KI push the envelope more, but they aren’t the end all be all.

Maybe the biggest thing you need to take into account is that KI is somewhat of a budget game. Games like MK and SF have WAY bigger budgets than KI, and as such they have much bigger teams and whatnot to work on them. That being said, KI plays at 60fps and is fast and fluid. The online is the / among the best out there, and it’s character designs are arguably some of the best around. For what KI is, it is great, and only getting better.

You make good points for her accent…not to say I wanted her to speak ENGRISH, I just liked how they pulled off Hisako and thought they were going that route, it would’ve been nice if she spoke a little Korean/Cantonese and tried some broken engrish. I would’ve done that if I was the decision maker there.

Who notices how water reacts when in the heat of a fight? Sometimes I forget what stage I’m on if the fight is that intense. KI is the best fighting game out there at the moment, just enjoy it.

True, I understand your point. But I think it made sense for the character, as well as her style. So don’t worry. Kim’s voice has actually grown on me. I can’t imagine Kim with a different voice now. Lol

Yeah, I think IG and MS themselves think that Kim Wu was fine as was. I mean there was even a cringe/sellout moment where a dude made everyone tweet out the link to the stream. They tried to maximize their views and in doing that it meant they were perfectly confident with Kim Wu’s looks. Personally I wouldn’t have shown that to potential new players because I would have been afraid they would get the impression that all characters look like that. We all saw the chat, the first thing people noticed was her face.

That aside, am most angry about the continuity of the season trailers. Why does Kim Wu’s trailer still have the season 2 color theme. If you post a Season 1, season 2 video the first thing you would see on the thumbnail are the different styles in which the characters are presented. Kim Wu still has season 3 theme! Literally unplayable, dropping out of KI immediately.

This is a little stereotyping which wouldn’t sit well with me and I’d imagine Microsoft.

Have a sense of humor dude, relax. I’m of Italian background and you wouldn’t believe the stereotypes I have to deal with sometimes, here are some: I’m a momma’s boy, all my furniture must be covered in plastic, I eat pasta everyday, I must work in construction, I must be living with my parents despite that I’m 35. Everytime a girl asks about my background, this is what is running through her head 98.9% of the time. I deal with it, in the end some people understand that there are people that aren’t like the stereotype. 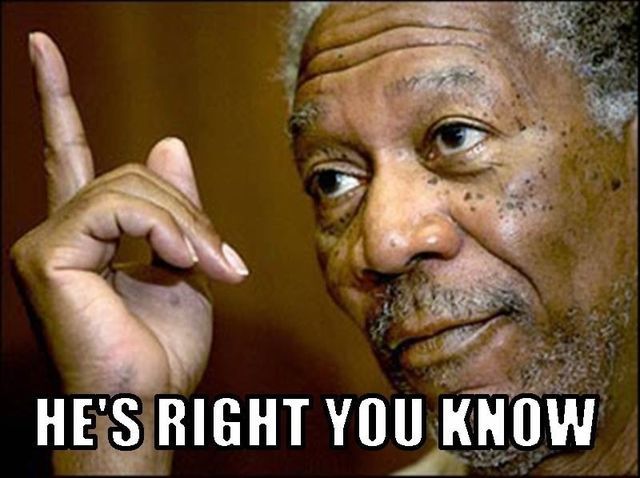 Maybe that Rash was the first made and by now, he looks better as they said the beta rash is actually the Reto rash, and the new textured and digital model shown last Saturday is the default- and he’s about 2 months of development above Kim, best thing to consider is that launch is about 6 weeks away at least, (doubt it will be first week), and I do remember the uproar of Combos face and expressions in s2 preview

It could only get better, I’d say just have faith and wait until the actual launch to decide to worry!

PC users are excited regardless of the final touches!
We love Kim and graphic tweaks are minor I KNEW her gameplay would be amazing, I just didn’t expect to love the stage so much, and I thought I’d be upset if she didn’t have her ki2 fire flowers. What Keits gave her in the end was far more exciting like Maya’s risk:reward blade play.

I do however feel the other characters could get more fidgets and taunts like Rash.

Have a sense of humor dude, relax.

It’s the internet. Not everyone is going to understand the context of how you’re trying to describe something, so forgive me for not having a sense of humor on what I saw as something that wasn’t a joke.

But it’s over and done with, moving on. I’m not too worried about this cause I saw their work as very well done. Just me though.

Very true, at the same time though, people complaining about TJ’s size and look probably had a big part in that change happening…maybe.

All in all, Kim Wu looked fluid and all that, still, even though I was / am “defending” IG here in this thread, I still had my own issues with Kim’s look. That being said, it was a trailer, and the game is still in development.