KILLER RANK who's made it?

Post your achievement for the new ranking system here!

It will be nice to see your stats! Or hear how your are getting on!

Keep grinding everyone you can do it

I got killer again yesterday. Mostly my rank achieved using Kim Wu, but Kan Ra helped a little too! 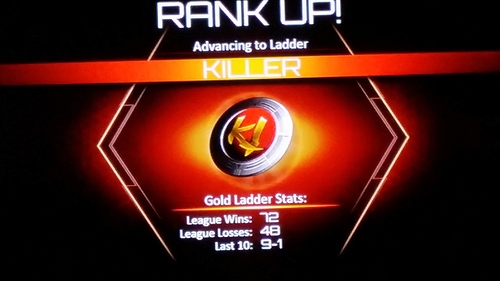 I’m in Gold. But have been trying to get all ranked achievements for the new characters rather than really aiming for Killer. Got 'em all. Will try to get back to Killer now. Seems harder this time.

I do believe there was already a thread for this.

Ah that’s cool. I don’t have rashes or Arby’s yet I think I think u have tusk.

Now I’m killer I night start trying tusk a little more in ranked. Although I play with eveyone

Well I searched for one and couldn’t find it

I did it mostly with Kim Wu. It wasn’t until the top half of Gold that I just got frustrated at how insanely difficult some match ups are for Kim Wu and switched to Sadira when I would have to face a Fullgore, Omen, Thunder, Glacius, or Shadow Jago.

Now to reset my rank and do it again with Mira. 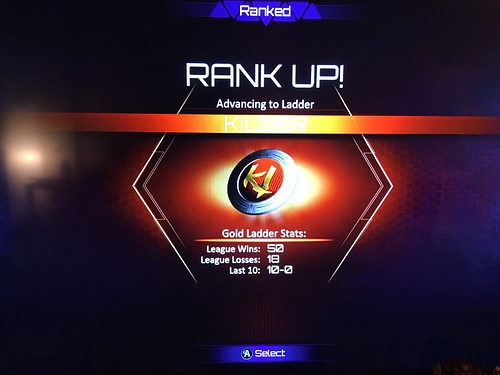 Did it all with Kim Wu, matchups and everything! Woo!

Except this one time where a Shadow Jago player decided to Tbag.

His Path ended there.

But My Killer Rank up was funny and kinda Anti-Climatic as well.

Love wu wu. My last match was kan ra vs jago tho.

God dam jago is a B.itch now with thoes fireballs.

I’m at about 600 pts in Gold right now, and I’ve used Tusk from start to present. Just hit Level 50 with him too, so I’m looking forward to the promotion…maybe today.

I’m really excited for next month though. I’m definitely hitting the reset button on my rank, and looking to make it to Killer with all Galcius. Yo…I’m so hyped for S3 Glacius!

I am 15 as a former s2 killer I am already glad as a gold sadly I only play on weekends making it harder to become a killer,“again”.

You are oddly familiar was I in a stream with you?

You could have been. What’s your Twitch Name?