WHY THIS ISN’T A GAME YET? 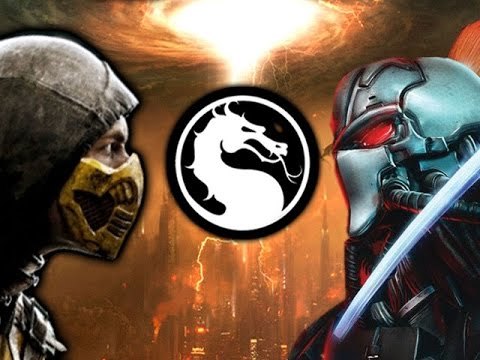 because the world would end.

As long as it uses the KI engine, not MK.

Personally I’d rather KI be on UE4 than HEX.

Let me rephrase that, I’d rather the game play like a KI game instead of a wonky MK game.

Ah yes. Mechanics are not engine based. Though one engine can do certain things better than another, I feel like the simplicity of UE4 would lend itself well to KI’s mechanics.

As long as it uses the KI engine, not MK.

yes it would need to be made in KI style gameplay for me to be interested, im a lifelong MK fan, but MKX bored me to tears, so happy I found KI which converted me

I’d rather have SF vs KI.

Ugh. Why? All of SF’s characters are bland.

Similar controls, some similar characters and movesets. “super” moves in this case ultras for KI and supers for SF.

I see SF bringing more to KI then MK would.

KI and MK are so much different. I can’t fathom the amount of work it would take to make one compatible with the other, whichever changes for the other. KI’s fighting core mechanic and obviously its unique combos system would have to be entirely reworked to “play like MK”, as much as it would be true for MK which would need a complete overhaul to “play like KI”. And only then we could start talking about a versus game. To be honest I would prefer it if MK would be the one changed to play like KI does. Once I played KI there’s no way I could enjoy MK9 or MKX as much as I could before. The lack of combos make MK seem bland and visually repetitive compared to KI’s variations (it can be about as varied as the player plays it). I mean the combo system in MK (9 or X) is decent, and it fits MK itself, it’s like Ultimate MK3 on steroids. And it’s alright the way it is, but it’s sooooooooo much lower-paced than KI it’s not even funny (in most cases anyway).

However, if such a versus game would become a reality then I would be interested to see how MK characters would play like with a KI-compatible combo system (and well not just the combo system but basically everything KI does and allows with its fighting mechanics). The other way around I wouldn’t care much about. I can’t imagine KI characters fighting MK-style with only 10-some hits combos with a slower-paced fight. They’re just way too different really. Not to mention the violence and the Fatalities, Brutalities, etc. Can ANYONE seriously imagine Mortal Kombat characters NOT even having the option to execute a Fatality? That’s like removing the jumping and running ability from Mario, it’s just unthinkable. But they would have to remove that in a “Versus KI” game, simply because KI has never been about raw, gratuitous violence, except for the occasional blood stains here and there (on the ground). KI, visually, is also much less gritty and “worn out” than MK (especially MKX). KI is more colorful and bombastic with particle effects all over the screen (especially with characters like Glacius, Aganos and Fulgore, but really pretty much all of KI’s cast can potentially fill up the screen with ‘stuff’).

Ultimately, just out of curiosity, I might be interested to see how MK would play like if it was to be modified to be compatible with KI. But really, it’s never going to happen for so many reasons, most of which I’d agree with.

they did the same with Capcom vs SNK and SNK vs Capcom (SVC Chaos), as well as street fighter x tekken and tekken x street fighter

its a win-win situation

sure Ryu is, but so are Jago…and Orchid and T.J

also MK has liu kang and his pals (aka boring crew)

I would take it in a heart beat. I would also ok with NRS or IG being the developers since I like how both NRS and this KI plays. I personally don’t think it would be that hard to make MK chars play like KI chars or vise versa. Yes they would have to play a bit differently than they usually do, but it definitely wouldn’t be impossible.