Found all of this along with the option to pre order the Ultra Edition Season 3 Add On on the official Xbox Website.

I have a feeling we may get a bonus character this season also as it falls into tradition but that is only my own personal speculation but yes! awesome bonus character colors

code word for another guest character, Booster from Turboman in Jingle All the Way

Double XP - all the time.

No mention of story mode for the end of season 3? What a bummer, cause now I gotta buy season 3 to get my fulgore color 10. lol, stupid marketing tactics won me over again lol

HAHAHAH- NOBODY LIKES YOU BOOSTER!!! That line kills me all the time

see what I did there

Are the bonus colors going to be new ones or the same as the figures @rukizzel? 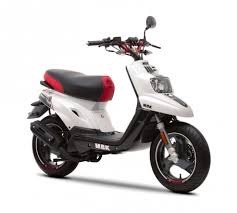 Booster for Season 3? Plus he has double xp all the time? Plus he is a VIP? Plz nerf IG.

Soooo…it pretty much what I thought we were getting. S3 updtaes, and 4 characters. No hint of new modes? What is the KI Gold for if we have the Ultra edition? Less / no grinding? Then what is the Double XP for?

Wooooow. 40 dollars again for the ultra edition. Not cool.

SO it says if i buy ultra the game is available to play on the 20th? As in 2 days from now?

Are the bonus colors going to be new ones or the same as the figures @rukizzel?

Different! I will take screenshots today!